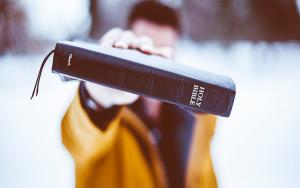 Being a Christian today is a lot like being a kid and someone calls you a name. You just feel ashamed and put your head down and walk away. Getting called “bigoted,” “intolerant,” “unloving,” or “discriminatory” is just a big version of a playground. They might as well say “You’re fat,” “You’re stupid,” “You’re ugly,” and “You’re dumb.” Plenty of Christians are in that bad, feeling like, “Hey, I just called some really bad names and all these other kids were watching. They called me a name, I quit.”

The focus groups piled up words and phrases to describe Christians, including:

As a Christian, this does not sound very tolerant to me. And, I would be surprised if the same kind of name-calling would have occurred if a group other than Christians were being spoken of.

Christians can easily become defensive, but think about Jesus. As soon as he shows up the name-calling begins. His mom has slept with such a parade of men that Jesus paternity was a mystery, he’s a liar, he’s from a small town, he’s uneducated, his dad’s a blue-collar guy dope because he believes his wife’s crazy story about an immaculate conception. He grows up and the religious people say Jesus works by the power of Satan and is an alcoholic. Everybody gets their crack. But Jesus did not quit.

As scholar Nancy Pearcey points out, the only way to counter the rampant negativity toward Christians is to craft a positive message. “How do we present Christianity in a way that shows that it has even higher ideals—that it is more inspiring, more humane, than any secular worldview?” she asks.(1) I believe we need to demonstrate that Christianity is far more tolerant, flexible, and helpful than any other option. We should be confident that while the Bible is admittedly inflexible on some things, it leaves significant room for culture and conscience. It gives immense latitude for group and individual freedoms.

Regarding culture, Christianity exists across innumerable cultures and languages and has done so for a few thousand years. The Bible stands far and away the most translated book in the history of the world, with at least the New Testament available in roughly 1500 languages and translations underway in more than 2000 more.(2)

What makes this amazing cultural adaptability possible is that the Bible provides far more principles than details. The Bible tends to focus on a person’s heart and motives, giving commands that provide freedom fitted to various cultures. This is necessary because actions can have wildly different meanings in different cultures. Extending your right hand to someone is a common greeting in America, for example, but in cultures where you use your right hand to clean yourself in the bathroom that would be the height of disrespect.

Christian missionaries working in various cultures refer to this as “contextualization.” They are keenly aware how complex it is to faithfully carry out Bible commands in differing cultures. Many would argue that Christianity is the most tolerant and adaptable of all religions in world history because it has entered more diverse cultures than any other institution—religion, governments, whatever.

Regarding conscience, the Bible allows each individual to make personal decisions on many things, though not all things. This includes whether or not one marries (1 Corinthians 7:25-28), whether or not one eats foods such as meat (1 Corinthians 10:28), and what day one chooses to take as a Sabbath day off (Romans 14:5-6). In reality, the Bible leaves thousands of everyday decisions up to individuals. 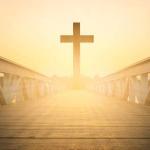 April 18, 2018 “the Christian religion and I have different views on social issues like abortion or gay marriage.”
Browse Our Archives
get the latest from
Pastor Mark Driscoll
Sign up for our newsletter
POPULAR AT PATHEOS Evangelical
1