What’s the Different Between a Christian Sinner and a Hypocrite?

In an effort to determine the most common objections to Christianity I commissioned a massive research project. Almost half of our survey participants (45%) agreed with the statement “Most Christians are hypocrites.”

The focus groups we assembled to discuss the issue got intense as participants repeatedly felt free to bash Christians as hypocrites, often grabbing some headline about some Christian leader.

I guess we could do the same thing and grab the latest headline about a teacher that has an inappropriate relationship with a student and slam all teachers as abusive hypocrites. But, we know that would be inaccurate because most of the teachers we personally know are hard-working underpaid and under-appreciated people with good intentions just trying to help kids. The difference is that many if not most non-Christians don’t have the kind of personal relationship with any Christian that they do with a teacher. So, there is misunderstanding and an erroneous assumption that one headline represents the rule and not the exception to the rule.

Most Christians are not as great as they should be but not as bad as they would be without Jesus in their life. They have changed… are changing… and will continue to change by God’s grace.

All human beings are sinners.

All hypocrites are sinners.

But not all sinners are hypocrites.

There is a vital distinction between a hypocrite and a sinner. One puts on a mask and pretends to be what they are not. The other peels off the mask and strives to be more than they are. Most of us are just plain old sinners making the most of God’s grace to grow to be more like Jesus.

I coach myself to remain aware of this distinction between hypocrite and sinner every time someone walks into my office. I need to consider not just where someone is at but also how far they have come. I acknowledge where people have already changed before I encourage them to something more. Whether or not we believe in Jesus, isn’t this how we want people to respect us? We owe others as much.

As a pastor, I confess getting frustrated with people doing what they should not or not doing what they should starting with myself. Once I take time to understand the trajectory of their life, however, I have more compassion, patience, and hope for them. This world has a way of breaking people and until they heal up how they behave is also broken.

Years ago, there was a solid guy in our church who dated some amazing women. But every time the relationship started getting serious he broke things off for no good reason. He claimed he wanted to be married and have a family, but he fled every time that opportunity presented itself. I admit being frustrated with this guy who confused and hurt more than a few women by his actions. Then he sat in my office and explained his background as an only child. His father had been married seven times. He cried as he unloaded his fear that he would get married, have a kid, end up divorced, and cause his child to experience the hurt he felt as a little boy. He feared the one thing he wanted the most. He seemed like a vile hypocrite saying he wanted a family and then fleeing relationships. But I think he was more of a plain old broken sinner who needed to have his hurts healed.

Our stories do not excuse our behavior but they help explain it. And the premise of Christianity is that the church is a hospital for people who need help. Jesus the Great Physician said this very thing. He declared, “I have come not to call the healthy but the sick” (Mark 2:17). This fact does not excuse hypocrisy but it does help to explain it. Much like you would not show up at a hospital to declare it a failure because sick people were there, it is unfair to show up at a church and declare it a disaster because sinners are there. In fact, I would challenge the people who think we are all hypocrites to join us on our journey of getting healed.

Jesus commanded us to get the plank out of our own eye before we try to pick a speck of dust out of the eye of another (Matthew 7:3-5). Christians and non-Christians all have plenty of planks. It is the human predicament that Jesus came to resolve. And the dynamic I see going on here is once again like the two brothers back in Jesus’ story of the lost sons. The religious brother and rebellious brother are like mirrors for each other. You see the worst of yourself in the other. The rebellious brother looks at the religious brother and concludes, “You’re just a hypocritical jerk.” You know what? There is truth to that. The religious brother looks at the rebellious brother and says, “You’re absolutely self-serving.” And you know what? There is some truth to that too. I have just never met another human being who does not have problems. Some people are not ready to call their stuff “sin,” but I think Jesus was on to something when He willingly bled, died, and rose to forgive and fix it.

The Hypocrisy of False Charges

In his book Christians Are Hate-Filled Hypocrites…and Other Lies You’ve Been Told sociologist, Bradley R. E. Wright aims to investigate prevailing myths about Christians held by both Christians and non-Christians. I would encourage you to purchase this book for yourself as it is worth reading. According to Wright, who is admittedly an Evangelical, much of the statistical data used to support negative views about Evangelicals are flawed. Throughout the book he uses the evidence of data to overturn many of these myths. His methodology compares Christians to other religious and religiously unaffiliated groups, Christians who attend church often to those who don’t, and developments within Christianity over time. He does not dive into explaining the casual reasons behind the data, but is simply describing the data. His thesis “is that Christians are exposed to many inaccurate statistics about our faith”.(1)

In Chapter six of his book Wright examines whether or not Christians really are hypocrites in areas such as marriage, sex, crime, substance abuse, and everyday dishonesty. Contrary to popular opinion Christians do not divorce as much as non-Christians. Wright states, “Christians and members of other religions have lower divorce rates, about 42%, than do the religiously unaffiliated, about 50%” (133). But the statistics look even more promising when you take into account the church attendance of Evangelicals. Those who are regular attenders (weekly) divorced or had been separated much less than those attend less—38% to 60% (133). Similarly, those who are weekly church attender’s cohabitated less than those who attend less (133). Likewise reports of domestic violence among partners differs as well between active and inactive church participants, as Christians who attend church regularly report much less than those who do not attend regularly (136).

What about sexual impropriety? Evangelicals have substantially less sexual misconduct than those who are religiously unaffiliated. Regarding adultery, Evangelicals only report about 16% (138). Once again regular church attendance becomes a major factor when it comes to sexual sin, Wright explains,“Twenty-two percent of Evangelicals who never attend church have committed adultery as compared to 13% of those who attend weekly. When it comes to promiscuity, 10% of Evangelicals who rarely attend church reported having had multiple partners, compared to 6% of weekly attendees. ” (140)

What really gets the news media going is when clergy engage in sexual misconduct. Wright quotes a Washington Post article claimed that sexual advances made by clergy toward females over 18 is a pervasive problem. But what does pervasive mean? The numbers show that “[o]ne in 33 churchgoing women reported that a religious leader had made a sexual advance to them” (143). Of course, one would hope this never happened, yet women in the workplace face far more sexual advances by their superiors—1 in 4—in comparison to women in church by the clergy (143).

The related topics of crime and substance abuse among Christians have similar statistics as is reported in the above. According to the National Longitudinal Study of Adolescent Health (2002), adolescent Protestants commit less crime than the religious unaffiliated and those Protestants who attend church regularly do so even less. A similar pattern is found with substance abuse.

Wright closes his book commissioning his readers not to believe every statistic that they hear about Christianity. He writes, “With statistics, we should be everything we shouldn’t be with people—cranky, skeptical, and critical.” Why? For three reasons, 1) social researchers research isn’t always credible, but can be built on faulty analyses and methodologies; 2) researchers, like anyone, have biases; 3) as the statistics are shared over and over again they have a tendency to mutate and become inaccurate.”

In researching for Real Marriage, which I wrote with my wife Grace, we became familiar with the work of sociologist W. Bradford Wilcox, director of the University of Virginia’s National Marriage Project.

Much of Wilcox’s work revolves around the way religious belief and participation affect families. His findings show that Bible believing Jesus loving church attending couples have better marriages and families. Christian husbands are more affectionate with, attentive toward, and serving of their wives than other men including more date nights and other emotional investments in their wife and marriage.(2) Wilcox says, “evangelical married men have the lowest rates of reported domestic violence of any major religious or secular group in the United States.”(3)

I would encourage you to purchase and read Wilcox’s book Soft Patriarchs, New Men: How Christianity Shapes Fathers and Husbands. In it, you will find that Bible believing church attending Protestant men are the most active and emotionally engaged husbands and fathers and the group most likely to hug their kids, coach their sports teams, play with them, and help them with homework. They are more likely to read the Bible and pray with their kids, and less likely to yell at them. Also, Bible believing church attending Protestant men are the group most likely to have happy wives, romantic marriages, and enduring loving marital relationships.

Perhaps those who are claiming that Christianity breeds hypocrisy are in fact the real hypocrites? 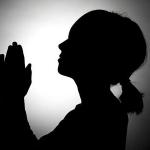 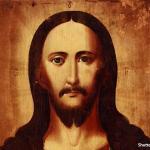