Court takes the IRS to the woodshed – orders them to reveal THIS secret information they were hiding from public March 22, 2016 Mark Meckler

The IRS has taken laws meant to protect Americans from the government and used those very laws to protect a malicious government.  In the words of the Washington Times, a federal appeals court “spanked” the IRS Tuesday:

The judges ordered the IRS to quickly turn over the full list of groups it targeted so that a class-action lawsuit, filed by the NorCal Tea Party Patriots, can proceed. The judges also accused the Justice Departmentlawyers, who are representing the IRS in the case, of acting in bad faith — compounding the initial targeting — by fighting the disclosure.

“The lawyers in the Department of Justice have a long and storied tradition of defending the nation’s interests and enforcing its laws — all of them, not just selective ones — in a manner worthy of the Department’s name. The conduct of the IRS’s attorneys in the district court falls outside that tradition,” Judge Raymond Kethledge wrote in a unanimous opinion for a three-judge panel of the Sixth Circuit Court of Appeals. “We expect that the IRS will do better going forward.”

Judge Kethledge’s strong language is music to my ears, and to those Americans who were targeted for their political beliefs.  Really to all Americans who believe in free speech.  As you recall, tea party groups were targeted when they applied for non-profit status.  The IRS delayed approval, asked them inappropriate and illegal questions, tying them up needlessly so they were less effective organizations.

The IRS has said it was all a big mistake.  Up until this point, we had no idea how many tea party groups were targeted.  The IRS suddenly was protective about the information, saying section 6103 of the tax code prevented them from releasing that information.  You know how much the IRS values confidentiality and all.

“Section 6103 was enacted to protect taxpayers from the IRS, not the IRSfrom taxpayers,” Judge Kethledge wrote.

This isn’t the only time the court has ruled in the tea party’s favor.  The Washington Times reports:

In January, U.S. District Judge Susan J. Dlott certified their case as a class-action lawsuit, signaling that she agreed with NorCal Patriots that the IRS did systematically target hundreds of groups for special scrutiny.

That certification allows all of the targeted groups to join the lawsuit, but the IRS dug in its heels….  they, you see, wanted to keep the list of the groups they targeted secret to cover their own hides.

When the IRS complies to Judge Kethledge’s order, the tea parties’ attorneys will be able to proceed.  Now the case enters the discovery stage, where “the tea party groups’ lawyers will ask for all of the agency’s documents related to the targeting and will depose IRS employees about their actions.  The lawyers hope they’ll be able to learn details Congress was unable to shake free in its own investigations.”

Moments like these make you really appreciate the three, divided branches of government.  Perhaps what the legislative branch failed to do, the judicial branch can set right. 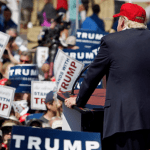 March 21, 2016
The ‘Establishment’ Has Only One Honorable Path If It Wants To Stop Trump
Next Post 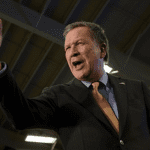 March 24, 2016 Why it’s already too late for John Kasich to exit gracefully
Recent Comments
4 Comments | Leave a Comment
Browse Our Archives
get the latest from
Politics Red
Sign up for our newsletter
POPULAR AT PATHEOS Politics Red
1