It’s clear to just about everyone but John Kasich and the establishment consultants making money off his still-existing presidential campaign that he should get out of the race.

Kasich likes to talk about the need for the GOP and conservatives to be a party of both intellect and emotional hug fests. So it’s quite surprising to me how John Kasich’s intellect can look at basic math, see that he would need 128% of remaining delegates to be allotted to be the nominee, and still remain in this election.

And those hug fests? As I’ve written before, Kasich needs to stop hugging people and people need to start realizing that they shouldn’t seek spiritual meaning from politicians because politicians can’t heal our lives or solve our problems for us.

Kasich only plays one role now – spoiler. Only two men can mathematically reach 1,237 delegates to be the GOP nominee now – Donald Trump and Ted Cruz. It’s time for Kasich to get out of the race and let Trump and Cruz duke it out for the nomination.

In last night’s Arizona primary, Kasich had fewer total votes than Marco Rubio, who ended his campaign one week ago. And he still has fewer delegates than Rubio had when he left the race. 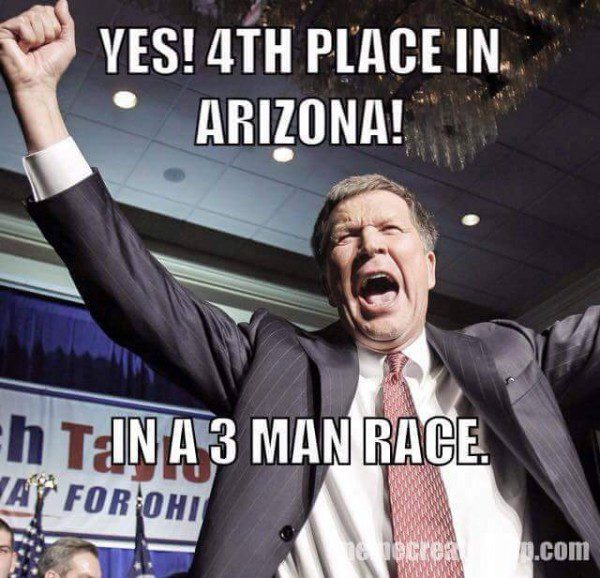 So why is Kasich’s campaign failing? Again, it’s obvious to everyone but him. He is disliked by the grassroots because he’s the ultimate insider, and it should be clear to everyone by now that this year’s GOP primary is all about the grassroots outsiders versus the insiders. And yet, there’s Kasich still on the campaign trail, arguing he should be President because he’s… the ultimate insider. And the son of a mailman, in case you haven’t heard him one of the 3.4 million times he’s mentioned it.

Senator Ted Cruz won Utah last night with 69.2% of the vote. That’s what a real dominating victory looks like. And I don’t even have to mention Trump’s domination.

Kasich needs to drop out of the race and go back to Ohio. By staying in the race, he’s showing delusional tendencies about being handed the nomination on a silver platter at an open convention. But why would someone who has received so few votes and so few delegates be selected? And in the meantime, does he not realize that by staying in the race, he’s essentially ensuring that there won’t be an open convention?

Again, math doesn’t seem to be his strong suit.

So, Governor Kasich, if it’s a hug you’re looking for, then find someone to give you a hug and then exit the race. I would say gracefully, but we’re long past that point. 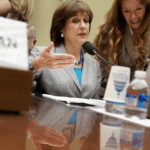 March 22, 2016
Court takes the IRS to the woodshed - orders them to reveal THIS secret information they were hiding from public
Next Post 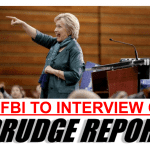 March 28, 2016 FBI to Interview Hillary Clinton - 147 FBI agents involved in investigation!
Recent Comments
4 Comments | Leave a Comment
"Yuk. Like Trump’s cronies getting special treatment for their recklessly acquired COVID—on the government’s tab, ..."
DJEB Democratic National Committee Chairman Tom Perez ..."
"Oh you right-wing kooks are exhausting. At least you’re preoccupied now with destroying the GOP ..."
DJEB Oregon rancher receives government request to ..."
"Steve, as this was one of your last ever comments made using discus, I want ..."
DJEB Oregon rancher receives government request to ..."
"While anyone is free not to offer their services to any chosen group, they should ..."
Tita Deacon How the Masterpiece Cakeshop Victory Will ..."
Browse Our Archives
get the latest from
Politics Red
Sign up for our newsletter
POPULAR AT PATHEOS Politics Red
1