Republican Kentucky Gov. Matt Bevin just did what no other state leader has been able to do so far by passing a bill that reasonably satisfies both sides of the same-sex marriage debate.

The bill, signed by Bevin on Wednesday, changes marriage licenses in the state to a single form that will no longer include the county clerk’s name and gives a space where applicants can check whether they are they bride, groom or spouse, according to The Daily Caller. That way, if a clerk has a religious objection to same-sex marriage, their name won’t be attached to the license and couples can fill it out however they would like.

You probably remember the Kentucky clerk, Kim Davis, who was caught up in a media firestorm last year for refusing to issue marriage licenses to same-sex couples, citing her belief in traditional marriage. She was sued and sent to jail for five days and has faced unprecedented public scrutiny ever since.

But now, Gov. Bevin has assured that what happened to Davis can never happen to another by using a common sense approach. He emailed this statement to Reuters:

“We now have a single form that accommodates all concerns. Everyone benefits from this common sense legislation. There is no additional cost or work required by our county clerks. They are now able to fully follow the law without being forced to compromise their religious liberty.”

“The First Amendment guarantees Kim and every American the free exercise of religion, even when they are working for the government. County clerks should not be forced to license something that is prohibited by their religious convictions. To provide a license is to provide approval and places a legal authority behind the signature. We celebrate this legislative victory. County clerks are now able to fully follow the law without being forced to compromise their religious liberty.”

And that’s how it should be done in America. It’s a win-win for everyone and deserves to be applauded. 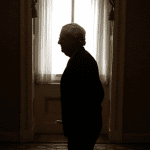 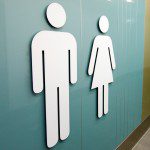 April 18, 2016 Big Business And Big Government Threaten North Carolina Residents Over Bathroom Law
Recent Comments
79 Comments | Leave a Comment
"So we're going with the, "since people didn't openly complain about sexist jokes in the ..."
Greg Wertz Professor Makes a Lingerie Joke in ..."
"A woman can do anything a man can do but better. 😂😂😂"
Wolfgang Sprung Jr. Sweden tried “feminist snow removal” and ..."
"....a statue of Bill Clinton should never have been erected in the first place.I'm curious. ..."
Evelyn Rodriguez-Leonard Concerned Citizens Demand Removal of Offensive ..."
"'better to just simply shut up'boffo way to promote discussion, there."
Aubrey La Ventana Of the 27 Deadliest Mass Shooters, ..."
Browse Our Archives
Follow Us!