President Obama made it abundantly clear this week that he has no interest in improving the integrity of the IRS by promising to veto at least one of four Republican bills aimed at holding the tax giant to the highest standards.

Here is what the president is so opposed to:

These sensible components that could help revamp a severely broken and biased system are apparently contrary to the big government goals of this administration. The Office of Management issued a Statement of Administration Policy on Monday that outlined the objections to three of the bills they deem as “unnecessary:”

The Administration opposes H.R. 1206, the No Hires for the Delinquent IRS Act; H.R. 4890, the IRS Bonuses Tied to Measurable Metrics Act; and H.R. 3724, the Ensuring Integrity in the IRS Workforce Act of 2015. These bills would impose unnecessary constraints on the Internal Revenue Service’s (IRS) operations without improving the agency’s ability to administer the tax code and serve taxpayers.

Let’s look at what each bill proposes and how the White House responded.

H.R. 4890 would make it so that bonuses are actually earned through proving that substantial improvements have been made to ensure the best possible experience for the taxpayer. But the administration says:

This bill is unnecessary, as the IRS has already developed and has begun to execute a strategy to improve taxpayer services. The real constraint on the IRS’s ability to serve taxpayers effectively is severe underfunding, including for taxpayer services…

Legislation constraining the IRS’s ability to retain and recruit highly qualified employees is not needed and could be counterproductive to the Service’s mission.

H.R. 1206 prevents the hire of new employees who owe a tax debt. Again, the administration calls it unnecessary because “IRS employees are among the most tax compliant groups in the Nation with a delinquency rate of less than 1 percent:”

The bill could result in the IRS being prohibited from hiring any new employees for any purpose – a drastic and counterproductive step that would compromise tax administration and taxpayer services. The bill is also unworkable in operation, as “seriously delinquent” debts could be as low as $1 and tax liens are recorded on a case-by-case basis. This legislation is unnecessary, as strong laws and procedures already exist to ensure that IRS employees comply with their tax obligations.

H.R. 3724 bans the IRS from rehiring previous employees who were fired for misconduct:

The bill as written could force the immediate termination of employees who had been terminated and rehired many years ago, even if their performance since rehiring has been blemish-free. The bill’s prohibition is also unnecessary because current IRS processes
 already ensure the agency does not rehire former employees who had significant conduct or performance problems during prior employment with the agency.

The one bill not mentioned in the statement, the IRS Oversight While Eliminating Spending Act (H.R. 4885) which gives Congress authority to decide how imposed user fees are spent within the IRS, is the one the president has threatened because the “IRS needs more money, not less,” as Government Executive notes, and would veto this bill because he believes it increases the burden on taxpayers as opposed to seeing how it gives the taxpayers a choice in where their money goes.

It seems as though the White House — the same one that promised to be the most transparent in history — is more interested in doing things behind closed doors and continue on targeting its political opposition through the IRS vehicle. President Obama continuously asks for sensible legislation from Republicans and when he gets it and sees that it undermines his agenda, he pulls out the veto threat. It’s not hard to see what he’s after and we must continue the fight to resist becoming his targets. 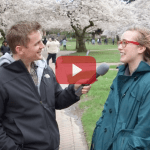 April 19, 2016
Taxes at work: college students stumble when asked if a short white guy is a tall Asian woman
Next Post 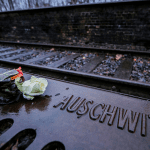 April 25, 2016 Holocaust Memorial Day is too Jewish and the Left wants to end the exclusivity
Recent Comments
21 Comments | Leave a Comment
"Not a backbone of steel, just tired of the BS from 503 leaders. We have ..."
Avery Horton Oregon Union Organizer Admits: the Janus ..."
"Hate speech is bullying. It invariably occurs where the perpetrator is safe in the majority ..."
Michel University of Kentucky’s Bias Response Team ..."
"To stop defending speech which advocates racism and even insurrection is a wise move. Why ..."
Michel Secret ACLU Memo Revealed: It Will ..."
"How weak. Maybe since he was a "liberal", that motivated his attack.How desperate the white-right ..."
Michel Finally! Angry Kentucky Liberal to be ..."
Browse Our Archives
Related posts from Mark Meckler