President Obama decreed that public schools must allow transgender students to use the bathroom of their choice or be cut off from federal funds. But a federal judge in Texas just said, “Not so fast.”

U.S. District Court Judge Reed O’Connor said it in August, too, when he first opposed the government overreach. But the Obama administration appealed. The president said in defense of transgender children, “They get bullied, and they get ostracized, and it’s tough for them. My best interpretation of what our laws and our obligations are is that we should try to accommodate these kids so that they are not in a vulnerable situation.”

But what that interpretation fails to take into account is how this affects the 99.9% of the non-transgender student population, as stated by the Liberty Counsel civil-rights group in Texas:

“The Obama administration attempted to impose an LGBT agenda on schools, government agencies and private employers. The unlawful directives would have allowed males to use restrooms, dressing rooms, showers and locker rooms assigned for females. In the public school context, these directives would also allow boys to demand they sleep with girls during overnight off-campus trips.”

O’Connor’s injunction against Obama’s order applies nationwide, according to IJ Review, but only to “intimate facilities” like washrooms and nothing outside of that definition. At least that’s a start!

“Texas won’t sit idly by as he continues to ignore the Constitution,” said the state’s Attorney General Ken Paxton. “The president cannot rewrite the laws enacted by the elected representatives of the people and then threaten to take away funding from schools to force them to fall in line.”

There will be a second appeal by the Obama administration, and it will most probably end up in the Supreme Court. But until then, boys and girls will have to stick with their own genders in school restrooms and locker rooms thanks to this constitutionally minded judge.

It’s times like these where we really need an Article V Convention of States to stave off these attacks by our federal government. 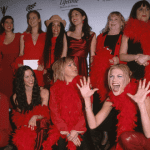 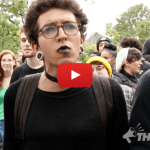 October 27, 2016 Social justice warriors turn violent against students practicing free speech
Recent Comments
11 Comments | Leave a Comment
"Not a backbone of steel, just tired of the BS from 503 leaders. We have ..."
Avery Horton Oregon Union Organizer Admits: the Janus ..."
"Hate speech is bullying. It invariably occurs where the perpetrator is safe in the majority ..."
Michel University of Kentucky’s Bias Response Team ..."
"To stop defending speech which advocates racism and even insurrection is a wise move. Why ..."
Michel Secret ACLU Memo Revealed: It Will ..."
"How weak. Maybe since he was a "liberal", that motivated his attack.How desperate the white-right ..."
Michel Finally! Angry Kentucky Liberal to be ..."
Browse Our Archives
Related posts from Mark Meckler