I can’t imagine anyone wanting to go to college these days. What used to be havens for academic thought have been taken over by the New Fascists who deem anything not progressive as offensive.

In one of the most ridiculous examples to date, officials at Loyola University Maryland advised students to rethink an America-themed party organized by the senior class. The Daily Caller was privy to multiple internal e-mails which provides a look inside the minds of overly sensitive liberal administrators and students who were worried the party would be “very alienating, divisive, and harmful.” And get this: the e-mails were provided to The DC on condition of anonymity “for fear of retaliation from the administration.” Who’s the bully now?

One of the greatest concerns mentioned in the messages was the inappropriateness of the party in light of Donald Trump winning the White House. Students were claiming they were victims of “horrible hate words” after the election and now considered an America theme too triggering.

Loyola’s Executive Vice President Susan Donovan didn’t allay these students’ fears but validated them by claiming she heard nothing positive about the party after talking “with a number of students” and faculty. She said:

“None of it is positive and it sounds very alienating, divisive and harmful. I encourage you to reconsider this plan in light of the legitimate concerns raised by so many. We have made progress in providing a welcoming climate on campus and do we want to reverse that progress with a theme that divides us?”

Seniors planning the party were called insensitive by Dean of Students Sheila Horton who said the pro-America theme “provides an opportunity for students to dress or behave in a way that offends or oppresses others.” Horton was worried some students might feel “unsafe,” but she was most concerned that potential students might be scared off from attending Loyola.

“Even one negative event, especially with social media can cause the campus community to feel unsafe; it can be shared with potential students which can have an effect on admissions and indeed can be the defining incident for the class of 2017,” Horton said.

However, the party occurred over the weekend with no change to the patriotic theme much to the dismay of administrators who tried their best to shut it down. Attendees said they were “shocked” by the “lack of confidence of the administration” and considered it “disgusting how people feel and see the word ‘America’ as something that is discriminatory.”

These more reasoned students understand reality much more than their leadership does:

“We should see the theme ‘America’ as a way to forget political divide and come together as a country and class and celebrate all that we have accomplished. That is what ended up happening, yet we didn’t have the support of people in our class and the administration itself.” 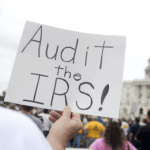 November 21, 2016
Federal judge ruled the IRS had a “strong showing” of discrimination against Tea Party group
Next Post 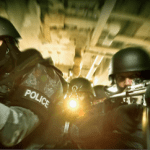 November 22, 2016 Veteran suffering from PTSD has house raided by SWAT twice in the same day
Recent Comments
0 | Leave a Comment
"Yes, I would question the use of the adjective "grown" used with the noun "men" ..."
Greg Wertz Professor Makes a Lingerie Joke in ..."
"Yes, it's their "tradition" and "culture". Grown men giggling about lingerie.This reminds me of the ..."
Michel Professor Makes a Lingerie Joke in ..."
"I wait in vain for a solution from the right for the homeless problem nationwide, ..."
Michel San Francisco’s Homeless Using City as ..."
"How amusing, the rabble-rousing on the white right!They're attempting to subvert democracy and install a ..."
Michel Yes, the Left Really Does Want ..."
Browse Our Archives
get the latest from
Politics Red
Sign up for our newsletter
Related posts from Mark Meckler