Great news out of the ongoing IRS vs. Tea Party scandal!

A federal judge has ruled that there was “a strong showing” that the IRS targeted and discriminated against conservative and Tea Party groups because of their politics and systematically denied or delayed their applications for tax-exempt status.

This particular lawsuit against the IRS was from the group Texas Patriots Tea Party who has been waiting for approval since it applied in 2012. U.S. District Court Judge Michael R. Barrett’s decision stated the conservative group “has made a strong showing of a likelihood of success” over its claim that its free speech has been violated. Furthermore, the judge ruled that the IRS had to go ahead and process the group’s application while the court case continues.

Barrett wrote in his decision:

The Government appears not to see the forest through the trees when it uses the existence of this lawsuit as grounds to continue the delay that is the subject of this lawsuit. The evidence strongly suggests that the IRS initiated the delay because the Texas group was affiliated with the tea party.

Lawyers for the Texas Patriots have a grander vision that goes beyond getting their client’s application moved through the system:

“We are suing in part for what we think is a violation of our First Amendment right to free speech, and we feel this ruling gives us that. If it holds up, this could establish the basic principle that the IRS will be judged on in the future.”

TaxProf Blog has been following the entire scandal which is now in its 1,289th day. Paul Caron from the blog writes:

The latest ruling could set a precedent in the ongoing saga over alleged unfair treatment of such organizations and make it easier for them to go through the non-profit application process, lawyers in the case say. That’s because it could force the IRS to speed up and reconfigure how it determines whether such groups can get nonprofit status throughout its system, and not just for the individual Texas group.

The class is represented by several named plaintiffs, including the Texas group.  Back in January, the Court certified class status, meaning that the named plaintiffs are now representatives of a class that includes all groups similarly situated, unless they have opted out. The litigation has been funded by Citizens for Self-Governance, on behalf of the plaintiff class.  At this point, according to the IRS’s own documents, the number of members of the targeted class could exceed 400.  More details will be exposed as the litigation moves through the discovery phase.

The government watchdog group Judicial Watch has obtained thousands of documents through a Freedom of Information Act lawsuit about the Washington case as well as some in Cincinnati which show that these conservative groups were targeted for their politics and even “guilt by association,” as JW’s Tom Fitton stated:

“We’re getting document after document showing the IRS both in Washington and Cincinnati knew that people were doing things outside the rules. If they were asking inappropriate questions based on guilt by association or party affiliations, then I don’t know what more you need to show that something inappropriate was going on, if not illegal.”

And so, the fight continues. 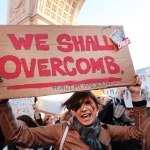 November 21, 2016
Feds picking and choosing who to protect and it’s NOT Trump voters
Next Post 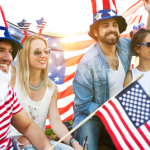 November 22, 2016 America-Themed Parties now “alienating, divisive, and harmful,” according to university officials
Recent Comments
1 Comment | Leave a Comment
Browse Our Archives
get the latest from
Politics Red
Sign up for our newsletter
POPULAR AT PATHEOS Politics Red
1