SNL writer offend fans of civility, Barron Trump, and homeschoolers… all at once

Barron Trump is a 10-year-old boy with the eyes of the nation on him.

On probably the most important day of his life, incredibly rude disappointed liberals decided that insulting the little boy was exactly the right thing to do. 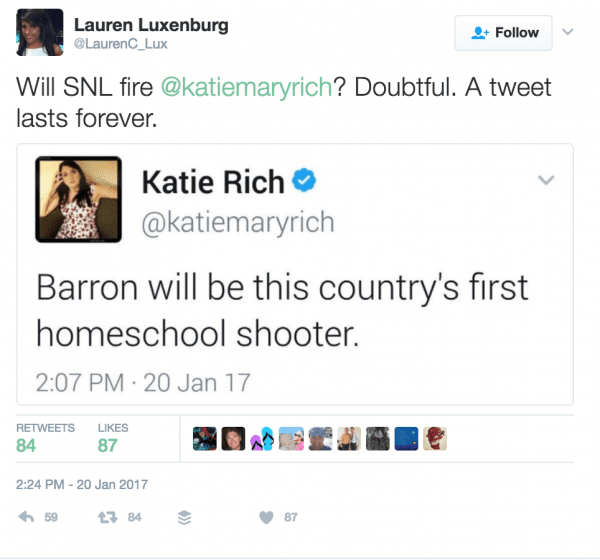 Classy.  There are at least third things wrong with this.  First, Barron isn’t homeschooled.  Second, you don’t treat other human beings like this. Third, the media used to freak out when the Obama daughters were ever disparaged.  As they say, “if they didn’t have double standards, they wouldn’t have any standards at all.”

‘member when the three networks led their evening newscasts w/ a story about a congressional aide who criticized the Obama girls? I ‘member. pic.twitter.com/6k0oPQmuJ1

Of course, this SNL writer will receive no repercussions from this.  One tweeter put it best:

If you believed Sasha/Malia were off-limits (they were and rightly so) then you should believe Barron is off limits. It’s that simple.

I write a great deal about self-governance, about taking care of your own family without relying on the government or the community.  Moments like these, when you can see how benevolent the larger “community” is towards those who aren’t able to defend themselves, reinforce that vital American principle.

In fact, this desire for “self-governance” and a fierce determination to stop being bullied by the cultural elites are two of the main reasons why Donald Trump was elected.

Keep it up, Katie Rich. 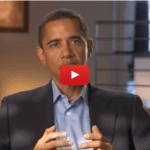 January 20, 2017
Uncovered video shows Obama made ONE promise he just couldn't keep in 8 years
Next Post 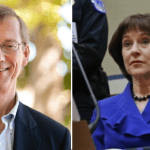 January 24, 2017 TaxProfBlog stops daily blog about IRS harassment of conservative groups, so now we need to do this
Recent Comments
21 Comments | Leave a Comment
Browse Our Archives
Related posts from Mark Meckler