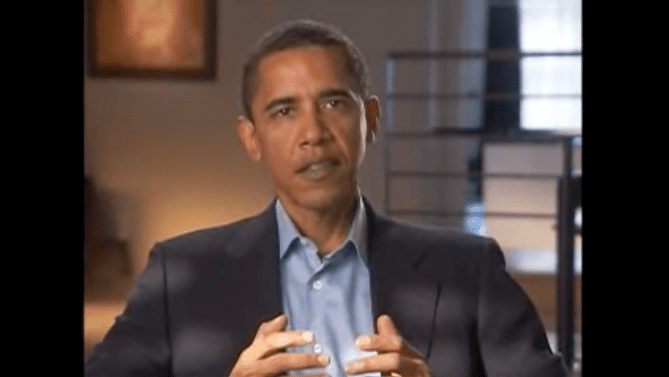 Ten years ago, Sen. Barack Obama released a video announcement that he was exploring a run for the presidency and in three minutes, listed some of the ideas he hoped to accomplish as well as the partisan barriers grinding Washington to a halt. In a nutshell, he presented himself as the fix to our broken system.

“America’s faced big problems before. But today our leaders in Washington seem incapable of working together in a practical, common-sense way. Politics has become so bitter and partisan, so gummed up by money and influence that we can’t tackle the big problems that demand solutions. That’s what we have to change first. We have to change our politics and come together around our common interests and concerns as Americans.”

Fast forward to today: Did Obama achieve those goals as president? Hardly.

We’ve just emerged from eight of the most divided years our country has seen in quite some time. The culture is split in two; it’s Right versus Left, black versus white, straight versus gay, pro this and anti that. Republicans are unwilling to work with Democrats and vice versa. And all the while, President Obama, the same man in the video who said there’s too much bitterness and partisanship in politics to do any good, did little to bring all sides together. He was, after all, the great divider. His progressive agenda was strong, and he regularly vilified Republicans for blocking his plans.

Even though his eventual campaign built upon “hope and change,” Obama only delivered more of the same. But there’s a very simple reason why his plans failed: politicians can’t solve our issues.

Our democracy loses when candidates run as leaders and not servants. Yes, the president is the “leader” of the United States, but his attitude should always be to serve the will of the people. Too many politicians run on the false hope that they can “lead us out of a mess” when they should ask the citizenry, “How would you like us to proceed?”

That’s why Obama failed. He believed his own hype and thought his candidacy alone would change politics for good. The power belongs in our hands, and the Founding Fathers knew this. That’s why they left us a way to rein in our “leaders” —  through an Article V Convention of States. Through it, we can tell the federal government we aren’t looking to them to solve our problems but are telling THEM how we want those problems solved. 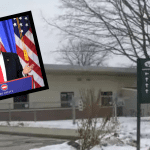 January 20, 2017
Teacher won’t show class Trump’s inauguration speech because it might be full of “profanity” and discrimination
Next Post 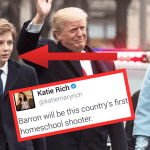 January 21, 2017 SNL writer offend fans of civility, Barron Trump, and homeschoolers... all at once
Recent Comments
5 Comments | Leave a Comment
"Not a backbone of steel, just tired of the BS from 503 leaders. We have ..."
Avery Horton Oregon Union Organizer Admits: the Janus ..."
"Hate speech is bullying. It invariably occurs where the perpetrator is safe in the majority ..."
Michel University of Kentucky’s Bias Response Team ..."
"To stop defending speech which advocates racism and even insurrection is a wise move. Why ..."
Michel Secret ACLU Memo Revealed: It Will ..."
"How weak. Maybe since he was a "liberal", that motivated his attack.How desperate the white-right ..."
Michel Finally! Angry Kentucky Liberal to be ..."
Browse Our Archives
Related posts from Mark Meckler