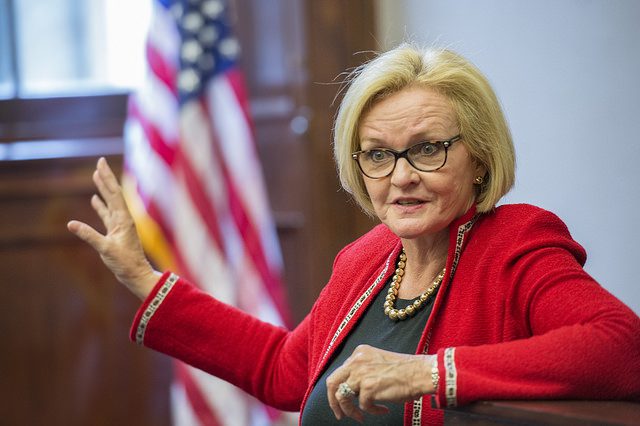 Democratic Missouri Sen. Claire McCaskill took office in 2007. Since that time, businesses backed by her husband have received more than $131 million from the federal government.  The Daily Caller has the details:

McCaskill’s husband, Joseph Shepard, earned at least $365,374 in personal income in 2017 alone thanks to his investments in federally subsidized affordable housing projects. A “growing percentage” of Shepard’s personal dividends are from federally subsidized businesses he has recently invested in, reported The Kansas City Star.

There is no indication that McCaskill used her influence to funnel funds to businesses that her husband invested in. This is not the first time that the senator, who has a combined net worth with her husband of more than $30 million, has faced backlash because of finances.

McCaskill was criticized in June when, after advertising that she would embark on a pro-veterans tour of her state by RV, it was revealed she had been traveling by private plane. McCaskill spent more than $3,000 to use the private plane on the “RV tour.” She spent $117,000 in total on private air travel between April and June, reported the Washington Free Beacon.

So, are we really supposed to believe that it’s just a coincidence that McCaskill’s husband is getting all of this federal money?  And by “federal money,” I mean, our taxpayer money?

The you’re Claire McCaskill and it’s definitely a coincidence businesses linked to your husband get $131 million in federal dollars pic.twitter.com/IckvFBzuuM

Not surprisingly, McCaskill is distancing herself from her husband’s financial dealings, claiming she has nothing to do with his investments.  But previously, she has been quoted as saying, “We are married, and we share everything…Some have implied that the assets of my family don’t belong to me. That notion is pretty archaic.”

You know what else is archaic and should be put on the dusty shelves of history?

Funneling money to yourself when you have an unfair advantage. 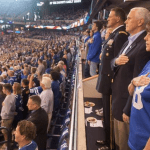 July 24, 2018
Conservatives Report that Their Lives Are 'More Meaningful'
Next Post

July 24, 2018 Trumpocalypse: It’s the End of the World as We Know It and I Feel Fine
Recent Comments
0 | Leave a Comment
"....a statue of Bill Clinton should never have been erected in the first place.I'm curious. ..."
Evelyn Rodriguez-Leonard Concerned Citizens Demand Removal of Offensive ..."
"'better to just simply shut up'boffo way to promote discussion, there."
Aubrey La Ventana Of the 27 Deadliest Mass Shooters, ..."
"I’m kinda getting a vibe of psychological projection here."
DJEB Oregon rancher receives government request to ..."
"Steve, stop embarrassing yourself, please."
DJEB Oregon rancher receives government request to ..."
Browse Our Archives
Follow Us!