NYT: Rich Tech Gurus are Connecting with their Inner Children via ‘Songsversations’ 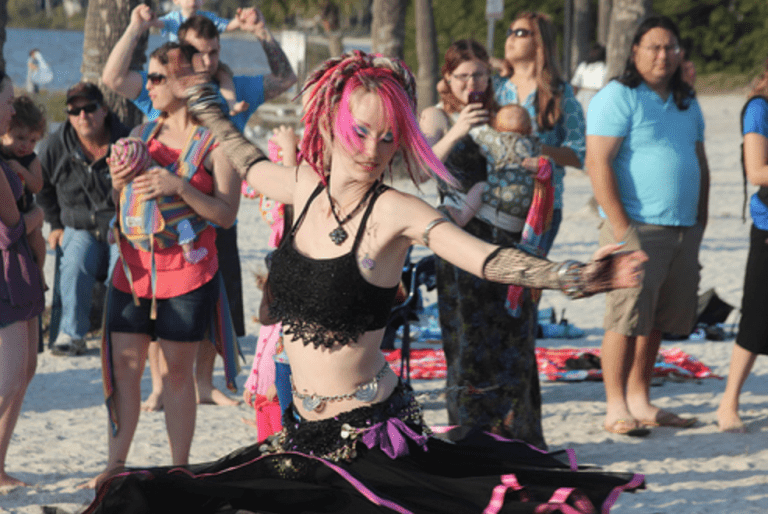 This is not intended to be comical, but this New York Times piece called “Tech Elites Recreate Burning Man Inside Their Living Rooms” is one of the funniest things I’ve ever read.

To Chad Mureta, a Silicon Valley app guru, the intimate salons of Jess Magic, a New Age troubadour, are “like drugs, without taking anything.”

To Sanjiv Sidhu, a so-called software savant whose fortune was once estimated at over $6 billion, Ms. Magic’s invitation-only salons are the perfect escape from a business culture where one-upmanship is “crowding out our need to connect.”

To Jason Silva, the tech futurist and TV personality, her gatherings are a safe space for entrepreneurs who “sacrifice friendships, relationships and time,” only to “realize that it’s lonely at the top.”

Tech elites who are looking for more than extra zeros in their bank statements are finding it in an unlikely place: so-called songversations, emotion-heavy gatherings that combine philosophical rap sessions with improvised music, run by a ukulele-strumming songstress who describes herself as a “heartist.”

I just read that last paragraph a couple of times, to enjoy all of the funny, embedded words and phrases: songversation, philosophical rap sessions, ukelele strumming-songstress, “heartist.”  That’s just too much to fit into on article. But, in fact, there are so many ironic lines in the piece you really need to click through to enjoy them all.

For example, this gem: “The salons usually start with a theme — say, the emptiness of consumer culture.”  Wait… aren’t these tech gurus the the ultimate creators and financial beneficiaries of “consumer culture?”  But, to really let their hair down, they have to have this self-flagellating theme?

Why, yes…  yes, they do…  which is perfectly normal.   Sometimes, you have to pay the big bucks in order to escape it all, I guess.  Or what about this line:

“As the music swirled, Charles Eisenstein, a proponent of what he calls ‘sacred economics,’ talked about the unending human injury to Mother Earth. ‘If you knew she could feel, would you stop?’ he said.”

It makes me weep to think of the beauty of the concept of “sacred economics.”  Wait, false alarm.  Those were just tears of laughter!

“If we believed,”  Ms. Magic responded in “a soulful jazz scat,” “that me, that me, that me and the river were the same, would it change my ways?”  A soulful, jazz scat?  Count me in!  Nothing creates more soulful introspection than a jazz scat, as long as its soulful.  (Thankfully, it appears Ms. Magic’s are, so that’s a relief.)

At first, the audience sat silent, seemingly puzzled. But slowly people began to clap their hands and sway to the beat. A man with a floppy hat and wizardlike robe began to gyrate wildly around the dance floor.

Hmmmmmm…  Not really.  Seems to me these people are having regular old gathering and trying to ascribe some sort of poignancy to them, some sort of higher meaning.  The only difference between this and some raging kegger thrown by poor college students is socio-economic status.  In fact, I think this lame philosophical weirdness accurately describes many people’s college experience.  It almost seems like the geeky tech gurus are hiring out their social efforts.  As Twitter user @lambdageek put it, “Parties. You’ve invented parties.”

Imagining how much less hollow these people would feel had they simply read books instead. https://t.co/Yy1xpIthRn

But wait — the New York Times wants you to feel the spiritual significance of the workings of Ms. Magic.  (Her totally-invented name apparently adds a certain je nais se qua to an otherwise completely lame event.  Good thing her name wasn’t something like “Jesus Christ” because his spiritual teachings are oh-so-boring and irrelevant to modern life.  But no, the NYT wants you to know, Ms. Magic is totally legit.)

I personally find it sad and disturbing that these billionaires can only “let loose” and feel spiritual when they hire a professional party girl.  And if I never saw another photo of their naked gyrating bodies, it’d be too soon.  The big joke about Silicon Valley tech billionaires is that they’re supposedly always trying to Make the World a Better Place.  Looks like the NYT bought so thoroughly into this motif, they couldn’t see clearly.

These parties don’t delve into some sort of deep spirituality. Quite the contrary, they are self-indulgent drivel.  Fine if they want to have these, of course.  But — please — let’s not all pretend that they matter. 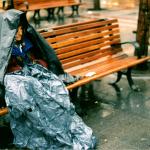 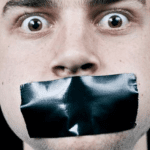 July 5, 2018 Yes, the Left Really Does Want to Shut You Up
Recent Comments
0 | Leave a Comment
"Yes, I would question the use of the adjective "grown" used with the noun "men" ..."
Greg Wertz Professor Makes a Lingerie Joke in ..."
"Yes, it's their "tradition" and "culture". Grown men giggling about lingerie.This reminds me of the ..."
Michel Professor Makes a Lingerie Joke in ..."
"I wait in vain for a solution from the right for the homeless problem nationwide, ..."
Michel San Francisco’s Homeless Using City as ..."
"How amusing, the rabble-rousing on the white right!They're attempting to subvert democracy and install a ..."
Michel Yes, the Left Really Does Want ..."
Browse Our Archives
get the latest from
Politics Red
Sign up for our newsletter
POPULAR AT PATHEOS Politics Red
1