I’d like to pray for Adam Smith, the rich executive who promptly lost his job after his bullying Youtube performance inflicted on a helpless minimum wage worker (I wonder how many OWS sympathizers will see this as his atrocious treatment of this poor woman as the 1% smashing the 99% and how many will resolutely see this through the delusional template of Persecuted Truthteller Speaking Truth to Power).

I don’t like the bit in Esther when Haman is hanged on the gallows he built for the Jews. So I’m not happy that his attempt to shame and destroy this woman inspired a bunch of people to destroy his livelihood. I’d be happy with a simple apology to the woman he shamed and tried humiliate on a planetary scale. Indeed, a happy conclusion to this story, for me, would be a Youtube in which just goes and apologizes. I’ll bet money this sweet woman would happily forgive him. Might even be a chance for some actual rapprochement.

That said, it does not yet seem to have occurred to him that he did was wrong, merely that he made a massive tactical blunder, given his total silence and failure to acknowledge the wrong he did this poor humiliated woman. I feel bad that he lost his job, but the sorrow for that is mitigated by the fact that he very carefully made sure to do all he could to pinpoint for his audience of gay “marriage” fascists exactly who this woman is. Given that this crowd is *famous* for tracking down and revealing names, addresses, phone numbers and mounting massive harrassment campaigns against private citizens and that all that he did fits exactly into this pattern, it’s hard for me to feel very bad that he has wound up living out Wile E. Coyote’s Biblical Life Verse: “He who digs a pit will fall into it, and a stone will come back upon him who starts it rolling.” (Proverbs 26:27).

I hope he finds work again (and my guess is that there are lots of places that will hire him). But I hope most of all that he really repents what he did and sees it for what it is, not a tactical blunder, but a real sin against a helpless victim. And I hope the gay fascist contingent does not proceed to make life hell for this innocent woman. I also pray that those of us strongly tempted to gloat over this bully getting his comeuppance (and I am among them) would instead resolve to pray that this issues in redemption, reconciliation and forgiveness. I would hate for some single appalling act of mine to be the only thing I am remembered for. Let it not befall him either. Grant him the chance to learn and grow from this and be reconciled in humility with the woman he tried to shame and humiliate. Most of all, I want to pray that the woman in this video, the only real hero in this story, be given a massive promotion and raise for her beautiful act of turning the other cheek. Father, hear our prayer through your Son Jesus Christ.

In addition, a reader writes:

Please pray for the repose of the soul of my friend Tony. He died on Tuesday of unknown causes while swimming in a lake. He was only 42 years old and leaves behind a loving wife and three great little boys. He was a great husband, father, faithful Catholic, friend, and man. The family has lots of loving support around them but could use a tremendous outpouring of God’s loving grace at this very difficult time.
Father, grant eternal rest to Tony and peace, grace, and strength to all who love him through your Son Jesus Christ. Mother Mary, pray for us sinners now and at the hour of our death.

A reader whose family is tormented by a gay sister in a “marriage” asks for prayer:

1) That I hold fast and not back down on this – have the difficult conversation with my parents and sister (and her “wife”) instead of just holding it inside and backing down from confrontation.
2) That my discussions are done with compassion, dignity and wisdom. I pray that a positive result come of this. Not that I can necessarily change anyone’s mind (though that would be nice) but more that my views are laid out, expressed and respected and that the family is not torn apart as a result of all this.

Father, hear our prayer through your Son Jesus Christ! Mother Mary, pray for my reader and his family.

Finally, a reader who asked for prayer for a boy with a brain tumor writes:

Here is a follow-up on Chase (the little boy with the brain tumor). The tumor was removed, but was found to be malignant. Spores have been found in his brain and spine. He will be starting chemo next week. He and his family are in great need of prayer.

Here is where updates can be found.

Father, hear our prayer for his complete healing through your Son Jesus Christ! Mother Mary, St. Luke, and St. Peregrine, pray for Chase, for his caregivers, and for all who love him. 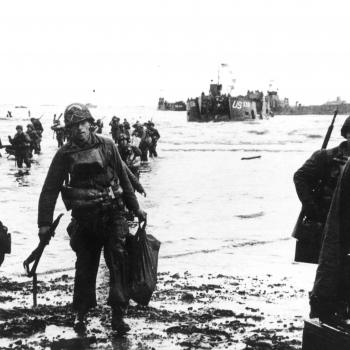