We’ve chosen a new book to read for this year at our Bay Area Chesterton Society meetings. It’s called “Father Brown of the Church of Rome” from Ignatius Press and it’s available from both the American Chesterton Society and Amazon. Our first story will be The Chief Mourner of Marne. To give us more time to get the book by mail, we’ll be having our October meeting on the second Wednesday October 10th at 7-9 PM at the Country Gourmet restaurant in Sunnyvale, CA. We really like the quiet atmosphere there :).

October: The Chief Mourner of Marne
November: The Red Moon of Meru
December: The Miracle of Moon Crescent
January: The Resurrection of Father Brown
February: The Man with Two Beards
March: The Curse of the Golden Cross
April: The Secret Garden
May: The Flying Stars
June: The Honour of Israel Gow
July: The Insoluble Problem

Catholic
It's weird how much Chomsky sounds like Chesterton...
Catholic and Enjoying It! 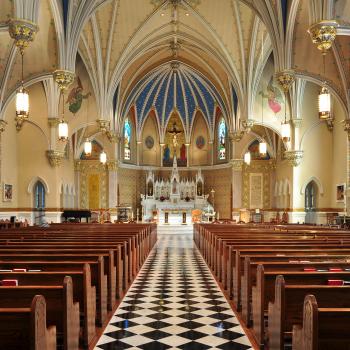 Catholic
The Story of a Convert from Islam to...
Catholic and Enjoying It!
TRENDING AT PATHEOS Catholic