…from her upcoming film “Indoor Tent Party” are now online:

Lucy plays a brilliant three year old scientist caught in a web of intrigue and confusion as she tries to hide from Monsters in her tent behind the couch. Co-starring Luke Shea as The Nordic Giant, a friendly galoot who protects her from harm and leads her to her thrilling climactic confrontation with an ancient enemy known as Bath and Bedtime.

January 26, 2013 Fr. Denis Lemieux...
Recent Comments
7 Comments | Leave a Comment
Browse Our Archives
get the latest from
Catholic
Sign up for our newsletter
Related posts from Catholic and Enjoying It!

Catholic
Pulitzer Prize-Winning Picture of Seraphim the Beauteous
Catholic and Enjoying It!

Catholic
"I'm faster than a fish!"
Catholic and Enjoying It! 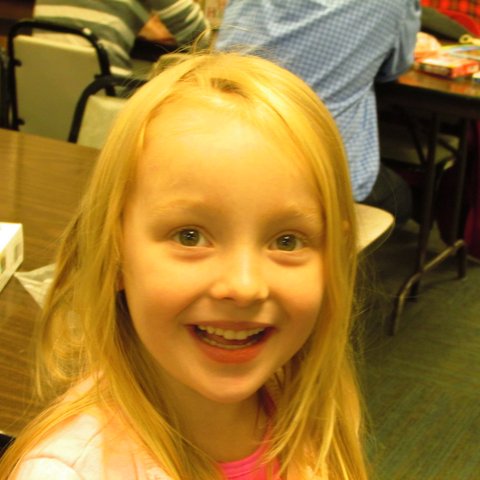 Catholic
The Cuteness is Cute
Catholic and Enjoying It!

Catholic
Deep Thoughts from Lucy the Cuteness
Catholic and Enjoying It!
TRENDING AT PATHEOS Catholic