Compare and Contrast: Christianism vs. the Gospel

Christianism is a false gospel of violent, faithless, misogynous, white spite that believe only in earthly power but uses Christian forms and imagery to seduce the faithful away from the gospel.

The gospel is, you know, the gospel: faith in Jesus Christ who took up his cross, abjured violence, and died for his enemies.

Jesus told Peter to put up his sword.  And Peter, addressing a Church faced with death (including his own death) taught:

Beloved, do not be surprised at the fiery ordeal which comes upon you to prove you, as though something strange were happening to you. But rejoice in so far as you share Christ’s sufferings, that you may also rejoice and be glad when his glory is revealed. ¶ If you are reproached for the name of Christ, you are blessed, because the spirit of glory and of God rests upon you. But let none of you suffer as a murderer, or a thief, or a wrongdoer, or a mischief-maker; yet if one suffers as a Christian, let him not be ashamed, but under that name let him glorify God. For the time has come for judgment to begin with the household of God; and if it begins with us, what will be the end of those who do not obey the gospel of God? ¶ And
“If the righteous man is scarcely saved,
where will the impious and sinner appear?”
Therefore let those who suffer according to God’s will do right and entrust their souls to a faithful Creator. (1 Pe 4:12–19).

Christianism, in turn, tells the faithless that all who take up the sword are frigging *awesome* and that, though some trust in the name of the Lord, real men trust in chariots and horses:

(Golden Valley, MN) Black belt preacher, Rev. Robert Bakke, says churches can no longer remain soft targets and must arm themselves. “This is not about gun control, rental trucks or fertilizer bombs. It is about evil, and you will never stop evil because it is in the world,” says Bakke, “But you can deter a coward by letting him know you have plenty of firepower on the premises.” Rev. Bakke, who is a black belt and firearm advocate, says Christians are supposed to overcome evil, not run into the shadows and hide from it. “I’ve never understood why so many pastors teach being passive as the way of Christianity,” says Bakke, “Our God is almighty and all-powerful, and we are made in that all-powerful nature…it is time for the people who target churches to get a taste of that reality.”

Bakke, who can use blunt-force with his words, remembers the first time he encountered a retail store with a sign that read, “We do not allow guns on the premises.” Bakke said he entered the store and immediately approached the store’s manager. “I told the store’s manager to change the sign to one that reads, ‘Rob this store. We’re unable to defend ourselves,’” says Bakke.

Bakke believes that as long as movie theaters, schools, churches and other business promote themselves as being “gun-free” they will attract cowards who are looking to prey on soft targets. “Mass killers are still sane enough to seek unarmed targets,” says Bakke, who is quick to point out that if anyone attempted to disrupt one of his services, they would quickly realize they have made a mistake. “I take my call to overcome evil very seriously,” says Bakke, “Perhaps this horrible tragedy in Texas will fortify our churches, ultimately prompting the church to lead the way to a safer America.”

Christianist Message:  When you are at Church, you are all alone and you are a fool if you think God is there or cares about you.  Be afraid and be ready to kill, because nothing is more important than your precious skin.  Also, support child molesters and sex predators–for POWAH!

The key test of Christianism: In the beginning was the Lie.

The key text for Christians confronting it:

But understand this, that in the last days there will come times of stress. For men will be lovers of self, lovers of money, proud, arrogant, abusive, disobedient to their parents, ungrateful, unholy, inhuman, implacable, slanderers, profligates, fierce, haters of good, treacherous, reckless, swollen with conceit, lovers of pleasure rather than lovers of God, holding the form of religion but denying the power of it. Avoid such people. For among them are those who make their way into households and capture weak women, burdened with sins and swayed by various impulses, who will listen to anybody and can never arrive at a knowledge of the truth. ¶ As Jannes and Jambres opposed Moses, so these men also oppose the truth, men of corrupt mind and counterfeit faith; but they will not get very far, for their folly will be plain to all, as was that of those two men.

Now you have observed my teaching, my conduct, my aim in life, my faith, my patience, my love, my steadfastness, ¶ my persecutions, my sufferings, what befell me at Antioch, at Iconium, and at Lystra, what persecutions I endured; yet from them all the Lord rescued me. Indeed all who desire to live a godly life in Christ Jesus will be persecuted, while evil men and impostors will go on from bad to worse, deceivers and deceived. But as for you, continue in what you have learned and have firmly believed, knowing from whom you learned it and how from childhood you have been acquainted with the Sacred Writings which are able to instruct you for salvation through faith in Christ Jesus. All Scripture is inspired by God and profitable for teaching, for reproof, for correction, and for training in righteousness,* that the man of God may be complete, equipped for every good work.
I charge you in the presence of God and of Christ Jesus who is to judge the living and the dead, and by his appearing and his kingdom: preach the word, be urgent in season and out of season, convince, rebuke, and exhort, be unfailing in patience and in teaching. For the time is coming when people will not endure sound teaching, but having itching ears they will accumulate for themselves teachers to suit their own likings, and will turn away from listening to the truth and wander into myths. As for you, always be steady, endure suffering, do the work of an evangelist, fulfil your ministry. (2 Ti 3:1–4:5).

I gotta hold on to that last part especially. 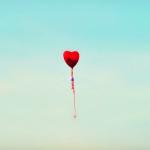 November 20, 2017
Love is so Poignant and Beautiful in Grief
Next Post

Catholic
If Isaiah were writing today
Catholic and Enjoying It!

Catholic
Why the Third Day?: Part 2
Catholic and Enjoying It!

Catholic
Why the Third Day?: Part 1
Catholic and Enjoying It!

Catholic
Thinking about the Sunday Readings
Catholic and Enjoying It!
TRENDING AT PATHEOS Catholic