A reader has a question about the Fall and its effects

A reader has a question about the Fall and its effects November 22, 2017 Mark Shea

Hey I have a question about the Fall – I can understand that humans were given immortality and freedom from the troubles of the world by God as a preternatural gift, and we lost it through the sin of our First Parents. What I cannot imagine is how creation itself was changed by the Fall, since every shred of evidence in the physical record indicates that those things we consider natural evils – earthquakes, volcanoes, cyclones, flood, drought, animal predation, etc. – all existed well before humans arrived on the scene. Also I do not understand how we can speak of “natural evils” before man is there to experience them – most of these things are very good from the perspective of nature, even animal death.

I was listening to something about “life before the Fall” on Catholic radio, and it sounds like a bunch of Protestant Biblical literalists – mention of his theologians have speculated that the animals might have been vegetarians or at least less fierce before the Fall – but that necessarily ignores all of what we have discovered via reason and science since those theologians speculated.

Do you know of any serious treatment of these issues that avoids both the kind of know-nothing willfully ignorant literalism, but also avoids the complete mythologization of the Fall?

Ugh, just realized how long that is. My problem with literalism in these matters is I think it necessarily entails a somewhat gnostic view of Creation – that we can only know the real history of the Earth via revelation, and all science is illusion or deception (the logical, intellectually honest conclusion of Young Earth models is the complete and utter rejection of ALL physical sciences and the historical record).

As far as I know St. Thomas does not buy any of this “lions were not predators before the fall” rubbish. I would not worry about it. To say the fall affected nature does not necessitate pretending the fossil record does not exist. The fall, recall, includes the fall of angels and we simply do not know how they may have damaged creation. In addition, Paul tells us that creation has been subjected to frustration–evidently by God himself–for our good. All scripture is concerned with when it says that death entered the world through sin is human death, not oyster death. As near as I can tell, Thomas suggests that, had the fall not happened, our natural and preternatural gifts would have been sufficient to protect us from harm by the natural world as it does what it does (i.e. we would enjoy command over beasts, we would have gifts of knowledge sufficient not to build in flood zones or on earthquake faults, etc. We would have immunity from diseases and so forth. But predators would remain predators and lightning would still strike and T Rex would still have eaten Triceratops long before we had arrived on the scene.

I know the Church does allow the YEC view, but I have literally never met or read anyone espousing such a view that doesn’t try to say it’s binding on everyone under pain of heresy. Like the geocentrists – Catholics can certainly believe that, but all the ones who do don’t extend the courtesy to others.

My biggest problem with the literalism, as I said, is that it necessarily means we have to throw every single branch of science and every single shred of scientific evidence out the window. I know science is limited, but its unlikely everything is wrong. And I think espousing that position, and especially demanding others do, can really be a stumbling block to outsiders.

I think also I’ve heard you express this to some degree: It also would seem that whatever countless eons transpired before humankind was on the scene are essentially meaningless – it’s a time that seems long to us, time-bound as we are, but in the absence of creatures able to understand and contemplate time, a million years is a minute is a second.

As to what the Church allows, the Church is the natural home of eccentrics and is incredibly liberal about the diversity of human opinions on things not bearing against dogma. If you want to believe that there is such a think as alien telepathy and that invisible Martians tell you that creamed corn is better than whole kernel, you can hold that opinion and the Church won’t say boo about it doctrinally. At the same time, most Catholics will not concur and some of them–most of them actually–will regard your views as nutty.

Sometimes the majority will be wrong and the kook will turn out to be right about the huge importance and good of vaccination or plate tectonics or Cosmic Background Radiation. But the odds are pretty good that geocentrists and people who say that God put dinosaur bones in the ground to test our faith in a 6000 thousand year old earth are never ever ever EVER going to get the agreement of Catholic theologians or the sciences. They will remain welcome at the altar but they will never be welcome at Symposia on Evolution in Rome.

The Church does not function by the rule “That which is not forbidden is compulsory”. But neither does that fact that the Church permits an opinion mean anything like a claim that the Church thinks that opinion is not freaking nuts. 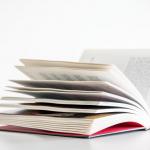 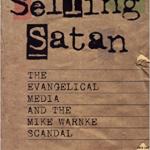 November 22, 2017 I don't believe for a second...
Recent Comments
0 | Leave a Comment
"Late to the game, but while I agree with him that the end doesn’t justify ..."
Catherine Hobbs Building Bridges of Trust vs. Winning
"I also think netflix is more evil than good, the things they have and support ..."
Jackson A reader struggles with scruples about ..."
"I am pretty sure remote cooperation is evil unless with proportionate reasons..."
Jackson A reader struggles with scruples about ..."
"Just one nit - the Dickey Amendment (the bit of law that supposedly "forbids" the ..."
Jon Heresy of the Day: Antinomianism
Browse Our Archives
get the latest from
Catholic
Sign up for our newsletter
POPULAR AT PATHEOS Catholic
1

Catholic
Saturday is a Good Day to Learn Some...
Catholic and Enjoying It!

Catholic
I used to work at Fred Hutch, so...
Catholic and Enjoying It!