Christians vs. Christianists on Healing the Sick

Christians vs. Christianists on Healing the Sick December 14, 2017 Mark Shea

Christians believe that it is our duty to heal the sick.

Christianists, after lying for years about liberals wanting “death panels” now cheer as a capitalist insurance death panel tells a 15 year old girl “toughe because the Almighty Market has decided to ignore her for being too expensive. If she has a seizure while swimming or in the shower or doing some other normal human activity that become deadly if she loses control of her body and dies, too bad.  Poor people should think of that before they develop brain lesions. Because with Christianists, accusation is always a form of confession.

Christianism, being a diabolical parody of the gospel, tells people that health care is a privilege of the rich and those who can afford it and if their 15 year old girl be like to die she had better do it and help decrease the surplus population.  Christianists also lie that state-guaranteed health care robs them of the chance to be “charitable” and that it is better to force the parents of this girl to busk on the internet so that the Christianist can narcissistically feel “generous” by giving five bucks to a GoFundMe (unless he deems the girl a parasite worthy of death, in which case he gives nothing).

Bottom line, the Christian cares that the girl get the treatment she needs and gets well.  The Christianist cares that he gets the credit for the five bucks in “charity” and could not care less if the girl lives or dies. Indeed, he enjoys the feeling of having the power of life and death over the weak and poor–especially the power of death.

December 14, 2017 The Fields are White for Harvest
Recent Comments
0 | Leave a Comment
"Late to the game, but while I agree with him that the end doesn’t justify ..."
Catherine Hobbs Building Bridges of Trust vs. Winning
"I also think netflix is more evil than good, the things they have and support ..."
Jackson A reader struggles with scruples about ..."
"I am pretty sure remote cooperation is evil unless with proportionate reasons..."
Jackson A reader struggles with scruples about ..."
"Just one nit - the Dickey Amendment (the bit of law that supposedly "forbids" the ..."
Jon Heresy of the Day: Antinomianism
Browse Our Archives
get the latest from
Catholic
Sign up for our newsletter
POPULAR AT PATHEOS Catholic
1 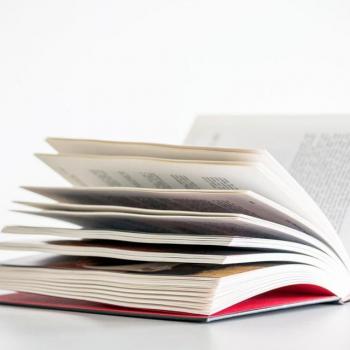