Good for the Jesuits!

This goes far to bridge the ridiculous divide between those Catholics who focus on the prolife issue alone and those who focus on the rest of the Church’s social teaching.  There *is* no divide in the mind of Christ and the cannot be one in ours:

As the 45th anniversary of the Roe v Wade decision and the annual March for Life in Washington approach this week, the Jesuit Conference of the United States and Canada issued an updated statement on abortion in the United States, “Protecting the Least Among Us.”

Describing abortion as a “key social evil” in the United States, the Jesuits say: “The most fundamental building block of a just social order is respect for human life. Until men and women individually and collectively make a profound commitment to the value and dignity of all human life, we will never find the true peace, justice and reconciliation God desires for us.”

In this revised and expanded statement on abortion—their first since 2003—the Jesuits describe the dignity of the human person as “the foundation of the Catholic moral tradition,” adding that another key insight of Catholic moral life is that “we are social beings and that solidarity matters.”

“The social acceptance of abortion is a profound moral failure on both counts,” the Jesuits say. “It undermines the claim that every life is infused with God-given dignity, and it often pretends such decisions can be relegated to individual choice without having negative consequences on society as a whole. Sacred Scripture, the witness of early Christianity, Catholic social teaching, and the magisterium consistently teach that we cannot in good conscience ignore this tragedy.”

Commenting on the revised statement, Timothy Kesicki, S.J., president of the Jesuit Conference of Canada and the U.S., said, “St. Ignatius founded the Jesuits for the promotion of the faith and the progress of souls in the teachings of Christ. As Jesuits, we continue this mission, to accompany the child in the womb and the community into which each one of us has been born.”

January 18, 2018
Baby Boomers are the Greatest Generation Ever
Next Post 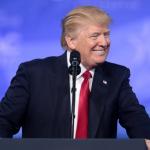 January 19, 2018 The Ambient Noise from the Trump Administration
Recent Comments
0 | Leave a Comment
Browse Our Archives
Related posts from Catholic and Enjoying It!