So this is hilarious

Liesite News, in its ongoing quest to make Sean Hannity look like a paragon of rock-ribbed journalistic integrity by comparison, outdoes itself in sheer Francis-hating hysteria with a story titled “‘Eerie and ominous’ sign appears as Pope Francis visits Vatican Nativity“.

What horror was revealed from celestial realms to assure us all that Liesite Rulz and Francis Droolz today and God sez so so shaddup?

A bunch of seagulls flew away when Francis and a gaggle of pilgrims went to the Vatican Nativity scene to pay their respects.

I know, right? It’s like the freaking Nile turning to blood! Seeing as how it’s just so totally unlike seagulls to fly away when a huge crowd of people disturb them, it is clear this is an event only explicable by appeals to God’s ongoing wrath at Francis. Plus, right now, the Almighty is deeply torqued at this week’s Panic du Jour, the naked guy in the “Clothe the Naked” works of mercy display.  Liesite doesn’t hold with works of mercy mucking up Christmas–Because Reasons.  And also, Naked Figures on the very grounds of the Vatican?  Eek! 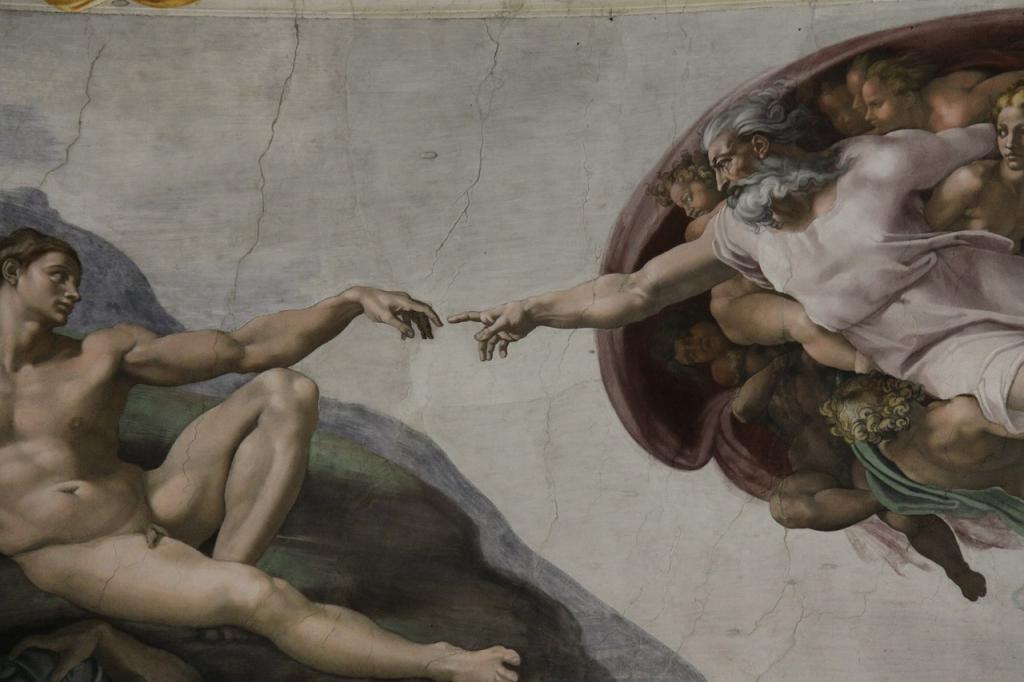 At any rate, according to Liesite:

At exactly the same time as the Pope left St. Peter’s Basilica and walked to the crèche in St. Peter’s Square, a squabble of about 500 seagulls suddenly flew up from behind the basilica and circled around the crèche.

They swarmed above the nativity scene, squawking and squealing for about the exact time it took for the Pope to walk from the basilica to the crèche. They then disappeared into a night sky lit up by an almost full moon.

Liesite was properly aghast at this absolutely pedestrian sign of divine distaste for the pope they hate.  Later in the article, they also helpfully revealed their distaste and loathing for the poor of Rome too:

In the adjoining piazza and around the colonnade, passers-by have been shocked at the degradation and squalor that emerges there at night. The seagulls descend on the headquarters of the Church and pick at rubbish bins, leaving debris strewn across the sidewalks and roads.

The homeless are allowed to bed down under main thoroughfares and archways, on the outskirts of the colonnade and in front of the Holy See press office.

Imagine.  The poor?  Allowed to sleep? What kind of Church doesn’t even punish people for having no home?  Liesite gives the Comsymplib posing as “pope” what for:

For all of the Pope’s worthy outreach to the poor and the homeless, he hasn’t lifted them up and off the streets, but instead created a culture of homelessness around the Vatican.

Some have called the miserable scene “apocalyptic.”

“Some”. This is journalese for “I”. Also, nice touch with the “worthy outreach to the poor and homeless” bit.  You know, “Brutus is an honorable man” makes it all the sweeter when you drive the shiv home.

Funny.  It’s the people who say, “The poor you will have with you always” whenever somebody proposes helping them who suddenly blame the Pope for not magically eradicating Rome’s homeless problem–all while not lifting a finger to help him and burning the candle at both ends to poison the Church against him.  And Liesite is one of the most prominent organs of propaganda for hell on that score.

But enough seriousness.  The devil, the prowde spirit, cannot endure to be mocked.

And man does Vickie Armstrong have fun doing that (here’s just a taste,
but the whole thing is fun):

I’ve done some research on bird activity at the Vatican going back several years and have connected the dots.

Pope Benedict XVI and the Peace Doves
In January, 2012 Pope Benedict released a peace dove from the a window of the Apostolic Palace at the Vatican. Begun by Pope St. John Paul II, the gesture has become a yearly custom of the Popes. The bird once released turned around and flew back in the window. Just over a year later Pope Benedict resigned and Pope Francis became our new pope. Surely, that bird was trying to tell us about the uncertain future that we would soon face under the pontificate of the new Pope and flew back into the window in abject terror. Never mind that birds are often confused when being released from windows. It is irrelevant, as well, that the same thing occurred to Pope John Paul II in 2005 and to Pope Benedict the previous year. It is only in hindsight that we can see that a bird doing what  is natural for a bird to do was actually an omen. Which is why it went unnoticed at the time, merely an amusing mishap.

Pope Benedict XVI and the Seagull
The following year, January 2013 Pope Benedict again released the customary peace dove from the window at the Vatican. This time the bird flew off only to be viciously attacked by a seagull. Again the story was reported as merely a kerfuffle. Again, in hindsight, we can see it for the sign that it was. Just weeks later Pope Benedict resigned from the papacy and Pope Francis became our new pope. Surely this seagull was telling us that there would be “no peace for you” during the coming pontificate. Never mind that you can see the seagull outside the window before the Pope releases the dove and it may have been unfortunate timing to release a dove right in front of a predator. Who would have thought that a seagull just might attack another bird that it has preyed upon and eaten in the past. Again, birds acting like birds went ignored. Not unlike the lone seagull that whacked Tippi Hedren in the head in the movie “The Birds” a bird acting like a bird can portend a coming momentous and calamitous event.

This naturally puts me in mind of what, no doubt, we are all thinking about right now: I mean, of course, the new Oregon law allowing people to pump their own gas.

Now I freely grant that normally Liesite’s prophetic powers are impeccable.  When, in their long campaign of malice and lies against the pope have they ever been wrong?  But this time, I think a boo boo was made.  Clearly, gulls of Rome rose up to warn the people of Oregon about this:

When it comes to gulls, Liesite knows its readership.

January 3, 2018
Trump: Liar and Authoritarian--and Darling of Christianists
Next Post

January 4, 2018 A Chance to Do a Work of Mercy
Recent Comments
0 | Leave a Comment
Browse Our Archives
Related posts from Catholic and Enjoying It!

Catholic
So the James O'Keefe Smear Machine is back...
Catholic and Enjoying It!