The central flaw of the American conservative Christianist “prolife” movement is that it has managed to transmogrify its mission from “saving the unborn” to “saving the GOP and using the unborn as tools, props, and human shields while doing that.”

Similarly, millions of those Christians involved in that endeavor have fallen prey to a little trick Uncle Screwtape described:

About the general connection between Christianity and politics, our position is more delicate. Certainly we do not want men to allow their Christianity to flow over into their political life, for the establishment of anything like a really just society would be a major disaster. On the other hand we do want, and want very much, to make men treat Christianity as a means; preferably, of course, as a means to their own advancement, but, failing that, as a means to anything—even to social justice. The thing to do is to get a man at first to value social justice as a thing which the Enemy demands, and then work him on to the stage at which he values Christianity because it may produce social justice. For the Enemy will not be used as a convenience. Men or nations who think they can revive the Faith in order to make a good society might just as well think they can use the stairs of Heaven as a short cut to the nearest chemist’s shop.

Exhibit A: Fr. Frank Pavone, whose mission creep has led him far afield from both the gospel of which he is putatively a priest and the defense of the dignity of the human person he allegedly is committed to uphold.

Two years ago, Fr. Pavone committed an act of desecration of the Altar of Jesus Christ, displaying the corpse of an unborn baby on it in order to make 45 minute stump speech for Donald Trump.  His own bishop called it desecration.  Fr. Pavone, as far as I know, never apol0gized.  Since then, Fr. Pavone has gone on to displace the glory of the GOP for the defense of human life and the Lord Jesus Christ with the image and likeness of Donald Trump as Savior.

So, for instance, instead calling all human beings to the gospel he is busy trying to kick people out of the US for failing to worship his true god:

… and announcing “We have no king but Caesar” to the world:

What on earth does this have to do with either the defense of the unborn or the gospel of Jesus Christ, you may ask?  Absolutely nothing.  Which has been my point for several years.  The fruit of the bogus claim that Catholics have a moral obligation to Vote the Five Non-Negotiables (human cloning, ESCR, gay marriage, euthanasia, and abortion) has had the practical effect of brainwashing conservative Catholics into believing that they must Vote GOP or the Baby Gets It.

By degrees, the 5NNs have been whittled down to one:

Human cloning is not an issue.

The GOP itself, both via Bush 43 and McCain instructed the faithful that ESCR is okay when Republicans like it.

The GOP has always been hinky on euthanasia too. When you call it “capital punishment” they love it. And nobody loves it more than conservative Catholics, who write completely unnecessary books defending it and calling Catholics to defy the Magisterium in maximizing the death penalty instead of abolishing it. And in addition to this, the GOP is now the party of death panels they accused the Dems of being, laboring to destroy health care for the poor and forcing diabetics to ration insulin till we die–a cruelty Christianists love as much as they love the cruelty to children and refugees at the border.

Gay marriage is over and Christians lost (and the GOP doesn’t care about it either except for ginning up Christians).  Indeed, one of the long string of GOP SCOTUS appointees Christianist suckers lie are going to Save Us All is Reagan appointee Anthony Kennedy.  He’s also the guy who gave you the Casey decision cementing abortion rights in the US.  Funny thing about Casey.  You know how guys like Fr. Pavone are always on about Making the Courts Great Again? Well, when Casey was decided the Court was 8-1 GOP with a prolife Dem.  And as a reward for their prostration before the GOP, prolifers got Casey and the famous “mystery clause”:

“At the heart of liberty is the right to define one’s own concept of existence, of meaning, of the universe, and of the mystery of human life.”

And so the “prolife” movement has come to embrace a new and entirely heretical soteriology: Opposition to abortion taketh away the sins of the Cult of Trump. The unborn have mutated into talismans for permitting any lie and any evil the Cult of Trump wants to commit, including abortion itself. If a GOP pol forces his wife or hooker to have one, or if Trump refuses to say whether he has ever forced his sexual conquest to have one… well, he’s just like King David now, isn’t he? A little rough around the edges but God’s Anointed nonetheless. As for policy, caging children, inflicting cruelties on the poor, making Monsanto run Agriculture, Boeing run Defense, Coal run the EPA, and Oil run the Interior is all good Because Abortion. And when Trump and his Cult refund PP for the 8th time and SCOTUS Savior Kavanaugh back PP and turn down a chance to review Roe, that’s not a problem. Because the purpose of the “prolife” movement is not to defend human life. It’s to defend the Cult of Trump.

Ironically, the Religious Right, who are now the people the Religious Right warned you about 20 years ago, have (in the process of twisting themselves into moral pretzels devoted to the GOP and not the unborn) emphatically adopted Kennedy’s postmodern view of an infinitely malleable reality and have hived off after a massive liar whose magical outlook insists that he can create reality by the power of his word.

If that sounds vaguely blasphemous, it’s because it is.  It is a diabolical parody of the Christian doctrine of Creation, whereby God creates by the power of the Word.  The Christianist Cult has fallen in completely with Trump and is now committed body and soul to the defense of his lies and cruelty.  And the unborn and the gospel have become for millions of them–including Fr. Pavone, judging from his behavior and his words–entirely secondary in the service of that supreme goal. He is now a priest of Trump, not the gospel. Mediates man to Trump and Trump to man. If the gospel is useful for accessorizing that project, he exploits it. But he does not serve it. And if the gospel gets in the way of Trump, he desecrates the gospel without apology and without submission to his bishop. Christianist Catholics, with their impeccable track record of being so wrong about so much so many times for so long that only a fool would trust their judgment, naturally back Fr. Pavone and condemn his bishop for trying (however feebly) to rein him in.

The saints have something to say about this kind of thing:

You who were angels upon earth have turned to the work of devils. You would lead us away from the evil they is in you and seduce us into obedience to the Anti-Christ. ~Catherine of Siena

So where are our bishops while this guy makes a spectacle of his vows?  Who knows?  But if they cannot get it in gear to shut down this grifting apparatchik of the GOP in a Roman collar for his desecration, the bishops should consider the reality that this shady character puts them at grave risk for not only with God, but with Caesar:

“In order to keep their tax exempt status churches and religious organizations must abide by certain rules according to the IRS. Under IRS code, “all IRC section 501(c)(3) organizations, including churches and religious organizations, are absolutely prohibited from directly or indirectly participating in, or intervening in, any political campaign on behalf of (or in opposition to) any candidate for elective public office . Contributions to political campaign funds or public statements of position (verbal or written) made by or on behalf of the organization in favor of or in opposition to any candidate for public office clearly violate the prohibition against political campaign activity.” By breaking this rule, the IRS may deny or revoke the tax-exempt status of the church and the impose of certain excise tax.” IRS Pub 1828 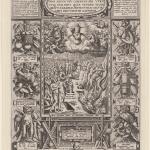 Catholic
If You are Not Against Trump, You are...
Catholic and Enjoying It!
TRENDING AT PATHEOS Catholic