He’s a Hollywood writer, director, and producer who is most notably known for his work on major television network series, such as Buffy the Vampire Slayer, Angel, and Grimm.

He is also a convert to Catholicism and is featured in the new Evangelization & Culture Journal.

Here he is on the writing process, good story-telling, and his conversion to Catholicism: 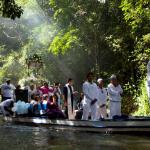 October 25, 2019
The Amazon Synod: Fortress Katolicus vs. the Church's Mission
Next Post 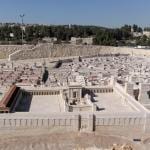 October 28, 2019 Amazon Synod: On Images, Symbols, and Polyvalence
Recent Comments
0 | Leave a Comment
"Ok."
Ben in Oakland Thoughts on COVID and the Alleged ..."
"Quantum Entanglement for Babies.Truly brightened my day."
joel Prayer Wednesday: Wonder and Prayer
"I was literally thinking about this yesterday lol. The natural cushioning of the buttocks as ..."
Molly García Prayer Wednesday: Wonder and Prayer
"There is actually a really important reason for that. The reason cited in my county ..."
Molly García Almsgiving Monday: Three Ways to Give
Browse Our Archives
Follow Us!

Catholic
Deep Fake Doctor Who Impressions
Catholic and Enjoying It!

Catholic
Bass Reeves, Badass of the Old West
Catholic and Enjoying It!

Catholic
In Honor of Valentine's Day...
Catholic and Enjoying It!
TRENDING AT PATHEOS Catholic