On the victory of John Bel Edwards

On the victory of John Bel Edwards November 25, 2019 Mark Shea

Charlie Camosy talks about the recent victory of John Bel Edwards in the Louisiana governor’s race:

Given our nation’s polarized abortion politics, it is hard to believe that a governor who dramatically expanded Medicaid in his state also signed a bill banning abortion after a heartbeat can be detected. Yet that’s precisely what Democrat John Bel Edwards of Louisiana did. And this weekend, Edwards won a reelection race against Eddie Rispone—a Republican who got strong support from Trump, including two personal visits in the final two weeks of the campaign.

How did Edwards manage to win the governorship of a deep-red state in which the president has a +12 approval rating? Simply put, he could never have won in such a state if he were not pro-life. His traditional values in this area reflect both his deep commitment to Catholicism and the views of Louisiana voters—especially Democratic voters of color.

In the run-up to the election, both racial justice activist organizations and Edwards’s campaign itself made a dramatic increase in African American voter turnout a major priority. And with good results—according to preliminary indications, voters of color put Edwards over the top, especially when it came to early voting.

It would be interesting to know what white, progressive, highly educated Democrats think of all this. After all, they have been primarily responsible for the party’s turn to the kind of abortion extremism that would have doomed an orthodox Democrat in a race like this one. Mother Jones ran a piece a few days before the election with the headline, “Is There Still Room for an Anti-Abortion Hardliner in the Democratic Party?” The answer in the party platform—which claims that abortion should be unrestricted, that it should be paid for by pro-lifers’ tax dollars, and that it is “core to women’s, men’s, and young people’s health and wellbeing”—is obviously in the negative.

But when faced with the prospect of a Trump-supported governor, Democratic activists changed their tune. This kind of change needs to happen more generally throughout the party, especially as we head into 2020. In 2016, Trump over-performed with African Americans and Latinos—populations which tend to be more abortion-skeptical than white Democrats. For the Democrats’ progressive leadership, which at least says all the right things about listening to voices of color, the factors behind Edwards’s reelection should be highly instructive. But the party, at least as currently constituted, is light years away from permitting a pro-life Democratic candidate from running for national office.

As Alexandra DeSanctis pointed out in the Washington Post, candidates like Tulsi Gabbard who dare to suggest (as Hillary Clinton did just a decade ago) that abortion ought to be “safe, legal, and rare” are castigated by the party’s powers that be. The Democratic Attorneys General Association has announced it will not support any candidate who does not support abortion rights. Abortion is now understood in the Democratic party to be a social good, unworthy of any stigma whatsoever.

It’s an extremely alienating view for the kinds of voters Democrats need to keep and pick up if they are to defeat Trump in 2020. Virtually no one holds the “abortion is a social good” position other than ultra-progressive white Democrats, and the swing voters in swing states—already a source of consternation for Democrats given recent polling—especially loathe this position. Consider that 25 percent of Trump voters (including a disproportionate number of late-deciders in swing states) voted for him primarily because of Supreme Court vacancies.

He’s perfectly right, of course.  If the Dem gave their own base of prolifers (about a third of Democrats) some respect instead of doing all in their power to exile them, they would never stop winning.

On the other hand, of course, what this election also shows extremely clearly is that the President of Kidnapping, Sexual Assault, Racism, Treason, and Torture of Brown Children is not “prolife”, all the lies of the “prolife” MAGA cult to the contrary.  If he had been, he would not have gone to Louisiana three times to demand his cult vote against a prolife candidate.  Nor would that MAGA cult have fought to defeat Edwards.  But for the Cult, it has never really been about opposing abortion.  It has always been about using the unborn as human shields for all the stuff they really care about, particularly the ugly cruelties of Trump.

Happily, Edwards won anyway, delivering yet another crushing defeat to Trump after he again begged one of his Nuremburg rallies to hand victory to a GOPer as a personal act of fealty to his authoritarian charisma.  It is a very hopeful sign that next year will deliver crushing defeat to him and his whole party of criminals and mobsters. 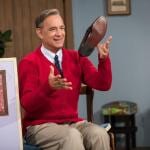 November 25, 2019 Our chance to do a work of mercy
Recent Comments
0 | Leave a Comment
Browse Our Archives
get the latest from
Catholic
Sign up for our newsletter
POPULAR AT PATHEOS Catholic
1

The Pro-Life Movement Continues to Gaslight
Steel Magnificat
Related posts from Catholic and Enjoying It!

Catholic
How to deploy the unborn as human shields...
Catholic and Enjoying It!

Catholic
Why the Old Prolife Movement Keeps Failing
Catholic and Enjoying It!

Catholic
The Catholic Both/And
Catholic and Enjoying It!

Catholic
How Not to Argue for the Prolife Position
Catholic and Enjoying It!
TRENDING AT PATHEOS Catholic