Witchsplaining & How To Avoid It

The term “witchsplaining” is derived from other terms such as “mansplaining” and “whitesplaining”. While some may not like this term, it’s definitely being used in the Witchcraft community for a few years now and doesn’t seem like it’s going anywhere. Regardless of what term we want to use for it, the concept itself definitely exists. Simply put, ‘splaining is to explain or comment in a condescending, overconfident, and often inaccurate or oversimplified manner, from the perspective of the group one identifies with while disregarding the background of the person being ‘splained to.

Witchsplaining is just that, when a witch explains or comments on something to “educate” or “correct” another witch on the “proper way” to do something or the history of something, undermining the background of the witch being ‘splained to. Witchsplaining is all too common, and I’ve been guilty of it now and again myself, but it’s easy to fix by simply taking a moment of mindful awareness and asking yourself a few questions before you speak. 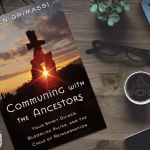 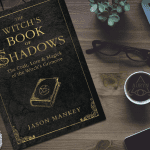 May 27, 2017 Review: The Witch's Book of Shadows
Recent Comments
0 | Leave a Comment
"This makes me love jack-o-lanterns even more."
Anonymous Jack-O’-Lanterns and the Devil
Browse Our Archives
Related posts from For Puck's Sake