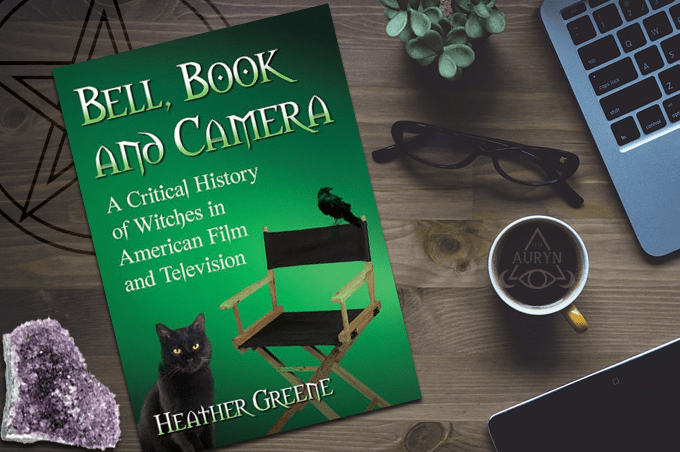 Heather Greene’s Bell, Book, and Camera: A Critical History of Witches in American Film and Television, is perhaps the only book on the subject that you’ll ever need, at least until more movies and shows with witches are made. You may know Heather Greene from her work as the managing editor of the online journalism website for witches and pagans, The Wild Hunt. Heather’s research skills are in full swing here, and she provides a definitive guide to the subject of witchcraft in American television and film.

The book is divided into seven chapters focusing on different eras of media from 1869 to 2016, creating a timeline. Greene expertly maps out the archetype of the witch and the witch’s evolution as portrayed by the media both positive and negative lights and how that’s a reflection of social attitudes towards the idea. She explores everything from the Wizard of Oz to the Craft, from Bewitched to the VVitch, from Charmed to the Witches of Eastwick, from Sabrina the Teenage Witch to The Blair Witch Project – the book is massively comprehensive. In selecting her movies and shows, she focuses on levels of importance in regards to the witch in the story. Placing highest priority on films and shows where a witch is the main character and decreasing importance as a witch as a secondary character or antagonist, witch as a minor character and themes of the threat of witchcraft without any definite witches identified.

The book is very well written and easy to read, and what makes this book even better is Heather’s ability to tie in concepts of authentic Witchcraft practices and track down information about witches who had a crucial role in the movie, or served on set as consultants. The book is informative, intelligent, and entertaining. It is an excellent addition to any practicing witch or pagan’s library as a historical reference guide of our portrayal in the media, as well as any movie lover’s library – particularly those who are interested in the horror genre, which most witches are also portrayed in. 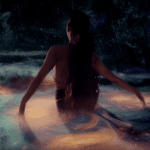 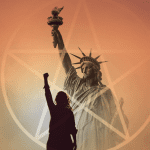 July 27, 2018 The Magickal Battle For America
Recent Comments
0 | Leave a Comment
"This makes me love jack-o-lanterns even more."
Anonymous Jack-O’-Lanterns and the Devil
Browse Our Archives
Related posts from For Puck's Sake