The Colored Catholic Club of Brooklyn 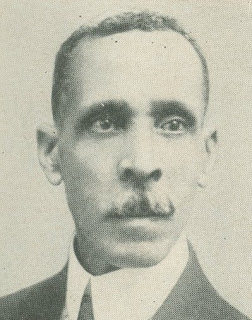 The history of African-American Catholics is the story of a group of people who kept the faith alive for decades with little institutional support and often without the benefit of clergy. Today marks the death of Jules DeWeever (1871-1940), an early leader of Brooklyn’s Black Catholic community. Born in the Dutch West Indies, as a young man he emigrated to New York, where he worked for the Post Office. In April 1915 he organized the Colored Catholic Club, a group of laypeople who met in church basements and private homes. They petitioned the diocese for their own parish. When Father Bernard Quinn was appointed to found such a parish, he admitted that he couldn’t have done it without the CCC’s help. Jules DeWeever was a bulwark of St. Peter Claver parish, just as he had been for the club. For twenty years he headed the St. Vincent De Paul Society, and his ability to provide emergency aid to “countless numbers of people became legendary.” The Tablet records that when Monsignor Quinn preached at DeWeever’s funeral Mass, he tried to

give a brief account of the many years of loyal, faithful and untiring service which Jules had rendered to the parish. But the realization of the tremendous loss which the parish had suffered filled the Monsignor beyond the speaking point. His eyes dampened and his throat filled up. He could simply refer to his dear friend and helpmate as a ‘real man of God.’

I love it when Catholics Nerd...
Catholic and Enjoying It!
Related posts from McNamara's Blog