America’s One and Only Black Catholic Newspaper

America’s One and Only Black Catholic Newspaper February 14, 2009 Pat McNamara 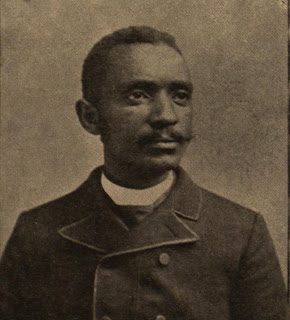 We will do what no other newspaper published by Colored men has ever dared to do—give the great Catholic Church a hearing and show that she is worthy of at least a fair consideration at the hands of our race, being, as she is the only one on this Continent, where rich and poor, white and black, must drop prejudice at the threshold and go hand in hand to the altar. We will also continue to fight for the eternal principles of liberty, justice and equality before the laws. The publishers will endeavor to make the AMERICAN CATHOLIC TRIBUNE national in its character and fearless in advocating the policy adopted.

During its eleven years, the Tribune covered news of interest to African-Americans in general, and African-American Catholics in particular. Rudd was also a driving force behind the five Black Catholic Congresses held between 1889 and 1894. By 1897, however, poor circulation and financial trouble forced the paper to fold. But Rudd continued to work for racial justice in the deep South until his death at age seventy-nine.

February 14, 2009 How to get in good with your Bishop...
Recent Comments
0 | Leave a Comment
Browse Our Archives
get the latest from
Catholic
Sign up for our newsletter
POPULAR AT PATHEOS Catholic
1