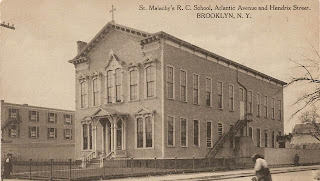 Their History from 1828 to 1873– The Pioneer School of the City, and Who Established It—The Advent of Bishop Loughlin, and the Increase in the Numbers and the Efficiency of the Schools Since—The Colleges, Academies, Select, Parish and Night Schools of the City and Suburbs—The Number of Them and the Scholars in Each of Them, as Well as in the Aggregate—Who the Teachers Are—A Short Sketch of Each of the Orders Engaged in the Educational Work.

There are, probably, no institutions in our city that the general public know so little about as the Roman Catholic schools. It is proposed to give a history of the rise, progress and present condition of all the Catholic schools in Brooklyn, their location, their methods of education, the character of their teachers, the studies pursued, the number of pupils in each, and in the aggregate, together with other such data as has relevancy to the subject.

The first Catholic school taught in Brooklyn was opened in the year 1828, forty-five years ago, in the basement of St. James Church, in Jay street (erected in 1828), now better known to all as the Cathedral.
During the passing forty-five years, (to quote the Rev. Patrick Mulrenan, one of the Order of Franciscan Brothers and author of a little work entitled “The Catholic Church in Brooklyn,”) “Catholic education has kept progress with the building of churches in Brooklyn,” until, at the present time, the schools number thirty, including one night school and are as follows:

THE SCHOOLS NOW IN BROOKLYN.

SCHOOLS IN THE SUBURBS.

The above list includes only such schools as are located within the city limits. The following list sets forth those in the immediate suburbs and existing so “near home” as to be almost identical in general location with those already detailed:

The suburban schools, thus, number ten, swelling the total of select, academical, parochial and night schools in Brooklyn and its suburbs to forty. This is an increase of nearly one school per annum since the founding of the first school in 1828. 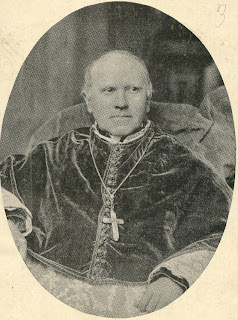 THE GROWTH OF THESE SCHOOLS.

The Very Reverend John Loughlin (seen above), who was then Vicar General of the State of New York, on the 30th day of October 1853, was consecrated first bishop of Brooklyn, the ceremony being performed by Archbishop Bedini, the Pope’s nuncio, in St. Patrick’s Cathedral New York, and on the 9th of the following month, November, he was installed in this city. From the year 1828 until Bishop Loughlin was placed in charge of this diocese, in 1853, the growth of the Catholic schools has been but slow. Their real progress and usefulness dates from his advent. The author already alluded to says: “The first object to which Bishop Loughlin turned his attention when he came to this diocese was the erection of Catholic schools and colleges. He justly regarded the schoolhouse as second only in importance to the House of God itself.” Previous to the Bishop’s coming, Father McDonough had introduced into Brooklyn, in the year 1851, one or two of the Catholic order known as the Christian Brothers, who taught in the male school attached to St. James’ Church, to which the Sisters of Charity had come twenty-three years before. In the following year, 1852, some of the Sisters of St. Dominic came from Bavaria, at the request of Rev. John Raffeiner, then the pastor of the German Church of the Holy Trinity, in Williamsburgh, where they located.

Two years after his installation, in 1855, the Bishop, with a constant eye to the increase of the Catholic schools of Brooklyn, both as to the number and efficiency, invited some of the members of three other orders to locate here and engage in the work. In this he was entirely successful, and in the Fall of the year named the Sisters of St. Joseph, the Sisters of Mercy and the Sisters of the Visitation were all represented here, and have continued to be since.

Three years after this, in 1858, Bishop Loughlin, finding the need of more teachers for the male children of his growing diocese (there being but one male order in Brooklyn, that of the Christian Brothers, introduced in 1851), applied for a representation of the Order of Franciscan Brothers, two of whom came to Brooklyn in the month of May, 1858. The Priests of the Congregation of the Mission, who are the latest acquisition to the ranks of the Catholic teachers of this city, came here in the year 1868. The Catholic schools of Brooklyn and its suburbs, under Bishop Loughlin’s care, taught by members of the Orders mentioned, aided by secular teachers, have steadily grown since the year 1853, until they now number forty, as already mentioned. A more detailed account of their present condition will follow in its appropriate place.

WHO CONDUCT THE SCHOOLS.

Having chronologically traced the history of the Catholic schools of this city—briefly, to be sure, but at sufficient length for the purpose in hand— as well as the advent of the different Orders whose members, with occasional secular aid, conduct the colleges, academies, and schools, it is now appropriate that a glance be taken at these Orders, and that a statement be made of the specific part each Order performs in the work of educational advancement in this city. There are, of these Orders, eight in number, as follows, arranging them in the order of their coming to Brooklyn:

Each of these orders has charge of a certain number of scholars—the female of the female, the male of the male. There are no female teachers for male scholars, or male teachers for female scholars, as a rule under the Catholic system. There is an occasional necessary exception to this rule, however. We now append a brief sketch of each order, together with a list of the city schools each has charge of: 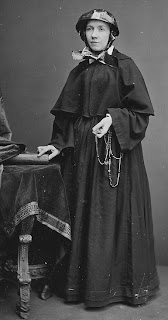 THE SISTERS OF CHARITY.

This order—the name of which is as familiar in the ears of the people as the names of father and mother—was introduced into this State in the year 1817, or thereabout, from Emmettsburgh, Maryland, and eleven years afterward was represented in Brooklyn in 1828. The Sisters of Charity conduct the following female parochial schools in this city; The parish schools of St. Paul’s, St. Peter’s, Assumption of the Blessed Virgin Mary, St. Charles Borromeo and St. Mary’s Star of the Sea. 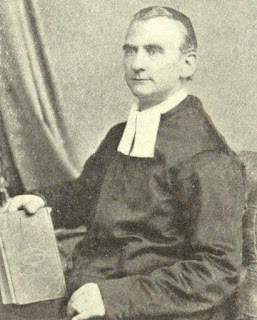 This order was founded in the seventeenth century by Father Jean Baptist, who was born in France in the year 1651. They were first established in this country in Baltimore in 1843, introduced into this State in 1848, and came to Brooklyn in 1851, just two centuries after their founder was born. They conduct but one school in Brooklyn— the pioneer school of the city—St. James’s, or the Cathedral parish school, as it is more widely known. 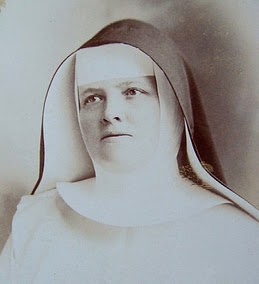 THE SISTERS OF ST. DOMINIC.

This is a German order, devoted more especially to the Blessed Virgin, and was first introduced into the United States in the year 1808, when there were but two of the Sisters in the country— coming to Brooklyn in 1852. The Sisters have charge of the following female parochial schools of Brooklyn: Parish schools of All Saints, St. Nicholas and Holy Trinity— all located in the Eastern District, also of two suburban schools. 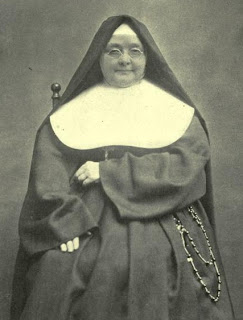 THE SISTERS OF ST. JOSEPH.

The order of this name is of French origin, having been founded in the town of Puy in Velay, in 1650, by a Jesuit missionary named Bishop Henry De Maupas. They came to this country first in the year 1836, locating at St. Louis, and were introduced into Brooklyn in 1855. They conduct in this city and suburbs two select academies—St. Joseph’s Academy for young ladies, at Flushing; St. Mary’s Academy for young ladies, in the Eastern District; St. Joseph’s Select School here, and five female parochial schools, as follows: Parish schools of St. James, Sts. Peter and Paul, Immaculate Conception, Lady of Mercy and St. Joseph’s. 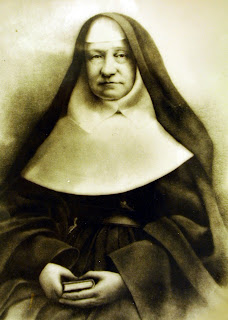 THE SISTERS OF MERCY.

This Order was founded in Ireland by a highly refined, educated and wealthy Irish lady named McAuley, and was first introduced into America by Archbishop Hughes, in the year 1846. They came to Brooklyn in 1855.
They conduct two schools in this city— an Industrial School for girls, and one parochial school, the Parish school of St. Patrick. 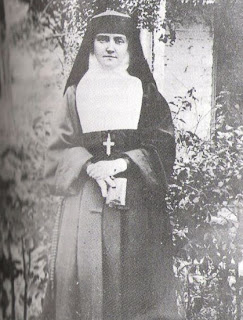 THE SISTERS OF THE VISITATION.

The Order of the Sisters of the Visitation has a history starting with the beginning of the seventeenth century, and was founded by St. Jane De Chantal in Annecy, Savoy. The name they bear was given them by St. Francis De Sales, and the Order was approved by Pope Urban VIIIth in the year 1626. The Order was first known in America at Georgetown, D.C., in the year 1814, and was introduced into this city in 1855. They conduct two educational institutions, one in the city and one at New Utrecht, both elect schools for young ladies, and both known as the Academy of the Visitation. 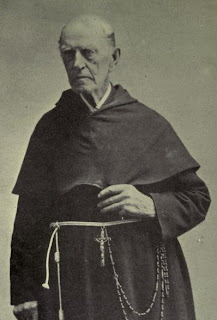 St. Francis founded this order, which was ordained about the year 1467, introduced into this country in 1847 and into Brooklyn in 1858. They conduct one college—St. Francis’s— and male parochial schools, as follows: parish schools of St. Charles Borromeo’s, St. Patrick’s, St. Peter’s, St. John’s, St. Paul’s, St. Mary’s Star of the Sea, St. Joseph’s, Our Lady of Mercy, and St. Michael’s, Flushing. 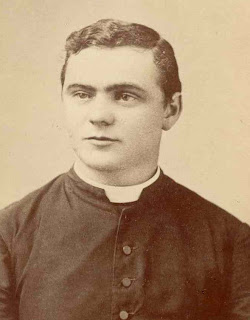 THE PRIESTS OF THE CONGREGATION OF THE MISSION.

The Congregation of the Mission is an order of the church— of Priests, not of Brothers. It was founded by St. Vincent de Paul in the year 1640, in France, first introduced into America in 1817 and established in the State of Missouri. Some of its members first came to Brooklyn in 1868. The order conducts but one educational institution in the city, St. John’s College.

The public now has before it a more thorough, yet succinct, history of the Roman Catholic schools of Brooklyn, their beginning and their present status than has ever before been published. The writer has been met with the members of the different orders with the utmost courtesy, and has been cheerfully afforded every possible opportunity for the gathering of the information for which he was in search.

NOTE:
Until the year 1898, Brooklyn was a separate city. Although Flatbush and East New York are considered part of the borough today, in the 1800’s, strictly speaking, they were separate entities. Queens was considered the suburbs.

February 2, 2011 “I No Longer Call You Slaves”: The Healy Brothers, 1830-1910
Recent Comments
0 | Leave a Comment
"Wow! I didn't know about that Statement from the US Bishops. The fact that they ..."
Florence Ziegler “It’s About Time They Got Here”:  Catholics ..."
"Very interesting. Why did the Jesuits change the name of the school from a saint's ..."
Kristin Nealon Wilson Ocds Who’s Buried in Catholic Cemeteries?
"It is a joy to that you are back blogging. Thanks for the reference to ..."
Joe A Church Historian’s First Communion
"Thank you for all your enjoyable, informative posts on Church history. I agree that the ..."
Kathleen Brady Looking at the Scandals– A Church ..."
Browse Our Archives
Related posts from McNamara's Blog