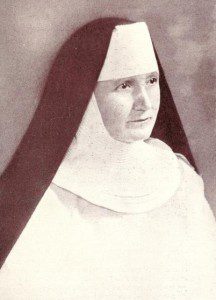 As American History cannot be studied thoroughly unless viewed with a European background, likewise the history of our humble Convent leads us across the sea, over mountains and valleys, until our wandering mind reaches a quaint, picturesque Convent, nestling high up on a peak of the Swiss Alps: it is the Benedictine Convent “Maria Rickenbach.” There in 1862 and again in 1867 two virgins, (Sister M. Agnes Dali and Sister M. Beatrice Renggle) who later were destined by God to found a Convent in Arkansas, solemnly pronounced their vows as daughters of St. Benedict. In response to an appeal to take up missionary work in America, the above mentioned Sisters (with three others) left Switzerland in August, 1874, and the same year they establlished the Benedictine Convent in Clyde, Missouri.

Ever solicitous for the salvation of souls we find these same Sisters ready to obey when asked to undergo the obstacles of founding a Convent in Arkansas. The last quarter of the Nineteenth century witnessed a slow but steady increase in the Catholic population of Northeast Arkansas. To insure the priceless gift of our holy religion also to the younger generations, it became imperative to open Catholic schools at least in the larger centers of population. Very Rev. Father J. E. Weibel, who was then in charge of the missions in Northeast Arkansas, applied to different religious communities to send Sisters to Pocahontas, Ark., not only to take charge of the schools but also to establish a Convent there. When it seemed that all appeals were made in vain, the Rt. Rev. Abbot Conrad, 0. S. B., of Conception, Mo., came to the assistance. He made arrangements to send Sisters from the Benedictine Convents in Clyde and in Maryville, Mo. (The last named Convent has since been transferred to Yankton, South Dakota.)

The first four Sisters reached Pocahontas in the evening of December 13, 1887, and were given a most cordial welcome by citizens of the town. The four Sisters were: Mother M. Agnes Dali, now the senior member of the Community; Mother M. Beatrice Renggle, the first Superioress; Sister M. Walburga McFadden and Sister M. Frances Metzler.

The late Rt. Rev. Bishop Edward Fitzgerald, D.D., donated twenty-four acres of ground to the Sisters. The original Convent building in Pocahontas was an old log-house which had witnessed a scene of strife and bloodshed during the unfortunate days of the Civil War. The humble furnishings were in harmony with the building. Seventy-three cents, willing hands to perform any labor, and an ardent zeal coupled with undaunted energy, were the capital to start the undertaking. That not only the strictest but also the most ingenious economy had to be practiced, need not be mentioned. Animated with confidence in Divine Providence, the Sisters cheerfully faced poverty and privations. God blessed the work and slowly but surely the mustard-seed took root.

June 24, 1888, the Rt. Rev. Bishop Fitzgerald blessed the Convent under the title “Maria Stein,”— “Our Lady of the Rock”— in remembrance of the famous shrine of the same name in Switzerland; moreover, the Convent is built on a rocky hill. Gradually the Community increased in membership, and the Sisters were thus enabled to carry out their prime object — the education of youth in parochial schools. For a number of years the Sisters also conducted schools for colored children in Pocahontas and in Jonesboro.

In accordance with a desire of the RL Rev. Bishop Fitzgerald, the Sisters— in 1893— were affiliated to the Congregation of Mount Olive, in Rome, and adopted the white habit worn by the members of that Congregation, retammg, however, the vows and rules of St. Benedict.

In 1898 the Mother-house and novitiate were transferred from Pocahontas to Jonesboro. The new Holy Angels Convent in Jonesboro was dedicated July 10, 1898, by the Rt. Rev. Bishop Fitzgerald. The need of a hospital for this rapidly developing section of Arkansas became more and more apparent. With the consent of the Rt. Rev. Ordinary, the Sisters made arrangements to found a hospital. A frame residence, adjacent to the Convent property, was purchased; the house was immediately remodeled to suit its new mission, and the hospital was opened July 5, 1900. In May, 1901, another residence was purchased and connected with the original hospital. To provide larger and more commodious quarters for the sick and infirm, the Sisters erected a new hospital, equipped with all modern conveniences and appliances, and on January 1, 1906, the new St. Bernard’s Hospital was opened to the public.

Simultaneously with the hospital, a spacious Convent Chapel was erected. The first services in this new sanctuary were celebrated on the Feast of St. Joseph, 1906. The Chapel was formally dedicated by the Rt. Rev. Bishop John B. Morris, D.D., on May 22, 1907.

The Community of the Benedictine Sisters of the Congregation of Mt. Olive is a diocesan institution and is independent of any other House. The principal aims of the institution are to teach the youth in parochial schools and to attend the sick in hospitals. The Sisters conduct parochial schools in the diocese of Little Rock, Ark., and Dallas, Texas. They also have charge of the domestic duties at Little Rock College and St, John’s Seminary, both founded by Rt. Rev. Rishop Morris, D. D.

Like to all the religious institutions, so also to this particular community, may be applied the words: “The harvest indeed is great, but the laborers are few.” (St. Matthew x., 37).

June 16, 2014 Catholic History in Less Than Five Minutes: Pope St. Gregory I the Great (590-604 A.D.)
Recent Comments
0 | Leave a Comment
"Thank you for all your enjoyable, informative posts on Church history. I agree that the ..."
Kathleen Brady Looking at the Scandals– A Church ..."
"Such laws might have done Ireland some good, in the case of the Magdelenes. The ..."
HematitePersuasion “A Million Foreigners, Most of Them ..."
"sounds like a total waste of time"
kyuss, cannabis farmer Holy Name Rally at Ebbets Field ..."
"This is a marvelous joining of three important Brooklynites who happened to have gone to ..."
Joe Three Giants of Brooklyn Catholicism
Browse Our Archives
Follow Us! 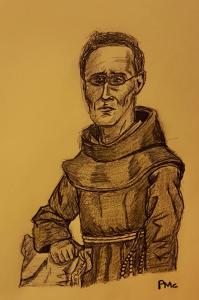