Holiness is Contagious: The “Social Saints” of 19th Century Turin 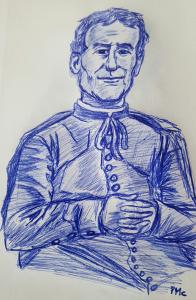 The city of Turin in northwest Italy is famous for several reasons. During the 1860’s, it was the first capital of a united Italy. Today its Cathedral of St. John the Baptist houses the famed Shroud of Turin, Christ’s alleged burial cloth, whose authenticity has been long debated.  While the Church has never made an official pronouncement on this, in a 1998 visit to Turin, St. John Paul II noted: “For the believer, what counts above all is that the Shroud is a mirror of the Gospel.”

During the nineteenth century, Turin was home to a remarkable number of men and women whose lives mirrored the Gospel, men and women since raised to the altar. Known as the “social saints” for their work with the poor and destitute, Pope Francis has called their ministry a school of mercy. They are:

Blessed John Henry Newman once remarked that the tremendous outpouring of saints in sixteenth century Europe, following the Renaissance papacy’s “monstrous corruption,”  was “one of the great arguments for Christianity.” The same could be said for nineteenth century Turin, which Pope Benedict XVI called “a land made fruitful by so many examples of holiness.”

Each of these men and women were remarkable in their own right, but together they are simply amazing. Between them, they founded nearly twenty religious communities, and many of the apostolates they began continue to this day. They worked with and inspired one another. Together they illustrate a central point: holiness is contagious.

It goes without saying that the Church is undergoing a tough time right now. But if nothing else, Church history shows us that we need not despair. There is hope. Nineteenth century Turin is a great example of that. Perhaps Father James Kent Stone, an American Passionist, put it best when he wrote: “Yes, there have been scandals, if we look for them. But there have been saints and martyrs,  of whom the world knows nothing. And there are saints still.”

*(The above drawing of St. John Bosco is by Pat McNamara.)

November 23, 2018 How to Preach Missions to Non-Catholics
Recent Comments
0 | Leave a Comment
"Thank you for all your enjoyable, informative posts on Church history. I agree that the ..."
Kathleen Brady Looking at the Scandals– A Church ..."
"Such laws might have done Ireland some good, in the case of the Magdelenes. The ..."
HematitePersuasion “A Million Foreigners, Most of Them ..."
"sounds like a total waste of time"
kyuss, cannabis farmer Holy Name Rally at Ebbets Field ..."
"This is a marvelous joining of three important Brooklynites who happened to have gone to ..."
Joe Three Giants of Brooklyn Catholicism
Browse Our Archives
Follow Us! 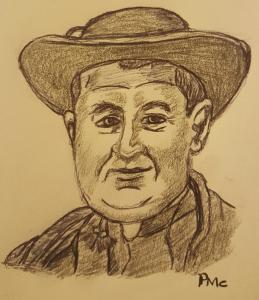 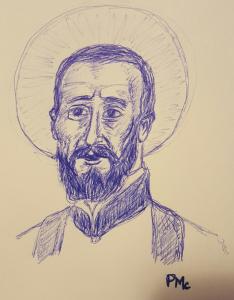