Katherine Burton and the Future of Catholic Biography 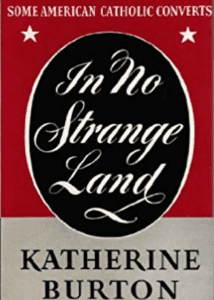 Let me make a confession: I have no head for philosophy or theology. It’s too abstract for my poor brain. Try as I may, I can’t read Augustine or Anselm, and I can barely scrape through Newman. But I do love Church history in that it makes the Gospel concrete and real for me. And that’s especially true for biography, which is essentially Christianity in practice.

From the 1930’s through the sixties, biographies were very popular with Catholic readers. And one of the leading authors in the field was a lay convert named Katherine Burton (1887-1969). An accomplished journalist, Burton wrote some thirty books on saints and soon-to-be saints. Her books weren’t meant for an academic audience, but the general public who knew little about the history of the Church.

Born a Lutheran in Ohio, Katherine Kurz graduated from Western Reserve College before marrying Harry Burton and entering the journalism field. During her career she was connected with McClure’s and Redbook, often in an editorial position. A close friend of Dorothy Day, she converted to Catholicism in 1930 and began writing on specifically Catholic subjects.

Burton often wrote about converts like herself, including St. Elizabeth Ann Seton and Servant of God Isaac Hecker. Then as now, most Church history was written by academics for academics. But Burton wanted to make it accessible to ordinary readers:

It has always seemed to me that there ought to be two books on every important man and woman– one for the scholarly, and [one] should be the light readable life such as I write. For most people are not scholars… So it is the lesser writers like myself who must write about them for the less scholarly readers like myself.

There were a few problems with her works, though. They didn’t document their sources, they evinced a sometimes cloying piety (albeit unintentionally), and they were geared almost exclusively for Catholic readers. In short, they fail to hold up, having little appeal for a modern audience. Nevertheless, Burton has to be commended for sheer prodigity: “In sum, Katherine Burton aspired to weave facts into stories, relate these stories to her readers’ lives, and evangelize with mitigated fervor.”

Although hagiography has fallen off in our skeptical age, people still feel a need for the example of holy witnesses. (Look, for example, at the success of Father Jim Martin’s My Life With the Saints.) A model of what modern hagiography should be is Brother Silas Henderson’s new biography of St. Aloysius Gonzaga. It strikes a nice balance between the spiritual and the scholarly.

Today we need authors who can chronicle the experiences of holy women and men for the general reader, utilizing the fruits of modern scholarship while making their stories accessible and relevant to modern readers. Katherine Burton did that for Catholic readers in the pre-Vatican II era. Now it’s time to do the same for readers, Catholic and non-Catholic, today.

January 8, 2019 Catholics in the Movies: J. Carrol Naish (1896-1973)
Recent Comments
0 | Leave a Comment
"Thank you for all your enjoyable, informative posts on Church history. I agree that the ..."
Kathleen Brady Looking at the Scandals– A Church ..."
"Such laws might have done Ireland some good, in the case of the Magdelenes. The ..."
HematitePersuasion “A Million Foreigners, Most of Them ..."
"sounds like a total waste of time"
kyuss Holy Name Rally at Ebbets Field ..."
"This is a marvelous joining of three important Brooklynites who happened to have gone to ..."
Joe Three Giants of Brooklyn Catholicism
Browse Our Archives
Follow Us!

I love it when Catholics Nerd...
Catholic and Enjoying It!
Related posts from McNamara's Blog 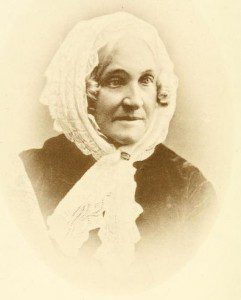 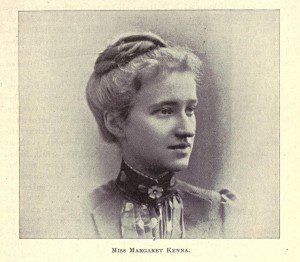 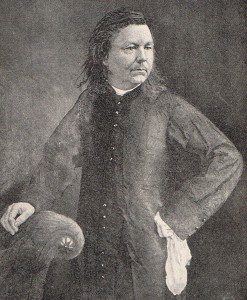 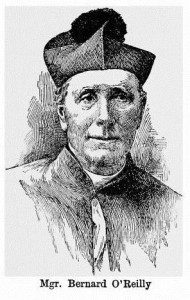 12 Amazing March for Life Signs 2020 &...
Thousands and thousands arched on Washington today to protect the right to...