Pope Pius XII, the Vatican Archives, and the Holocaust

Pope Francis has just announced that on March 2, 2020, the Vatican Archives relating to the pontificate of Pope Pius XII (1939-1958) will be fully opened to scholars. “The Church,” Francis stated, “is not afraid of history, rather, loves it, and would like to love it more and better, as God loves it!” This is no small feat. For the past thirteen years, Vatican archivists have been doing what archivists do: “inventorying and substantial documentation” to get it all ready for researchers. And when you’re talking about the Vatican, that’s a lot of paper!

Normally, Vatican archives for a particular pope aren’t opened to the public until seventy-five years after his death. But the controversy surrounding Pius XII and his connection to the Holocaust led Francis to formally lift this ban, which had actually partially begun under his two predecessors.

This move is the latest phase in what some have called the “Pius Wars,” a decades-long debate over whether Pius XII did, or did not do enough, either by word or by deed, to help stop the extermination of the Jewish people under the Nazis. Those arguing against what one author called “the silence of Pius XII” contend that he failed to speak out as directly and forcefully on these persecutions as he did on other issues relating to the welfare of the Catholic Church.

Immediately following the end of the Second World War, the consensus among Jewish and Catholic leaders was positive. Pius was praised for his work behind the scenes helping to save the lives of several hundred thousand Jewish men, women and children. His supporters argued that a full-blanket condemnation might have worsened conditions for those Jewish people already under Nazi control. Furthermore, they pointed out, the majority of world leaders were also silent on the Holocaust.

The controversy began in full force five years after Pius’ death, with the release of Rolf Hocchuth’s 1963 play The Deputy, in which Pius was depicted as an anti-Semite, a Nazi sympathizer, and indifferent to the plight of the Jewish people. Since then, scholars have literally gone back and forth arguing in favor of the pontiff or against him. The debate heated up in 1999 with the publication of John Cornwell’s book, Hitler’s Pope, spawning a whole new series of defenses, many of them quite scholarly and thorough.

Over the years, proof has been piled on proof— both for and against. And we’re still a long way from the final word, at least until the Vatican Archives are fully opened and thorough research has been done by professional, objective scholars. Ultimately, though, I don’t think the point of all this debate is to prove whether Pius XII was “right” or not. Rather, I think it’s about the Church’s willingness to be transparent on an issue that could potentially prove damaging to itself. Pope Francis’ action is proof of that willingness.

When Pope Leo XIII first opened the Vatican Archives in 1883, he wrote: “The first law of history is not to dare to utter falsehood; the second, not to fear to speak the truth.” As Catholics, we cannot hide our history, or hide from our history, good or bad– it’s part of who we are as the People of God– the fallible People of God. Our journey toward the fulfillment of God’s Kingdom is full of highs and lows, and we need to learn from both as proceed on our path. For, as Leo added, “In a way, all history cries aloud that God is.”

March 27, 2020 Saint Aloysius Gonzaga: A Reflection for Troubled Times
Recent Comments
0 | Leave a Comment
"Wow! I didn't know about that Statement from the US Bishops. The fact that they ..."
Florence Ziegler “It’s About Time They Got Here”:  Catholics ..."
"Very interesting. Why did the Jesuits change the name of the school from a saint's ..."
Kristin Nealon Wilson Ocds Who’s Buried in Catholic Cemeteries?
"It is a joy to that you are back blogging. Thanks for the reference to ..."
Joe A Church Historian’s First Communion
"Thank you for all your enjoyable, informative posts on Church history. I agree that the ..."
Kathleen Brady Looking at the Scandals– A Church ..."
Browse Our Archives
Related posts from McNamara's Blog 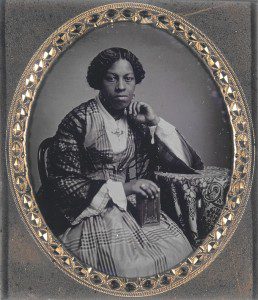 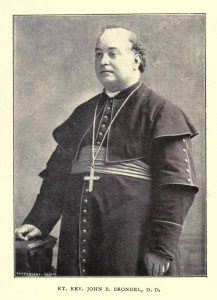 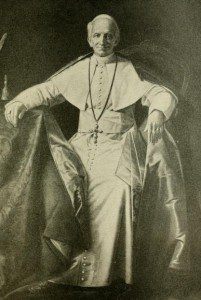