752 and the messianic longing of Scandal 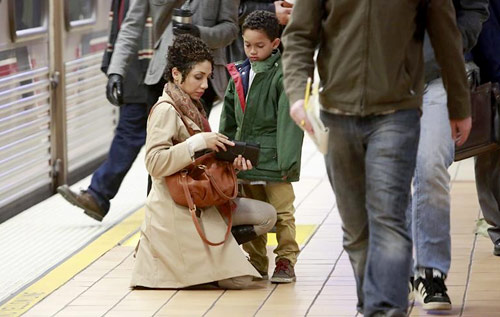 Since my wife is addicted to Scandal, I watched it with her last night while I was reading the last few chapters of my friend Jonathan Martin’s newly released book Prototype, in which he argues that Jesus is the prototype of authentic humanity. The juxtaposition of Jonathan’s beautiful words on the page and the profound human brokenness on the screen was overwhelming. Throughout the Scandal episode, a character named Huck who has been severely traumatized by incredible wickedness is in a trance uttering the number 752 over and over again. Wrapped up in the mystery of that number is the basic pathos of the human condition that I believe the Christian gospel addresses, especially in the way that my brother Jonathan presents it in his book.

We learn from a series of flashbacks that Huck had been a Marine private deployed to Kosovo when he is recruited and essentially forced to work for a clandestine government agency that tortures and kills people who are perceived to be enemies of the US government. Huck is basically trapped in his position. When he tries to flee with his wife and infant, the agency captures him and puts him into solitary confinement for months, asking him each time they open the door whether he has a wife and child, and finally letting him out only when he answers that he doesn’t. When Huck is unable to torture a man whom he’s been given as a test, his agency counterpart stages his execution and tells him to run.

So Huck becomes a homeless beggar, wandering the streets and metro stations of DC. Several years later, he sees his wife and son, who asks his mom for a dollar and hands it to the beggar who is really his father. Huck looks up at the clock in the metro station and it says 7:52 am. Can you imagine losing your wife and child forever along with everything else that makes you human and then being given a single moment to see them again but without them even recognizing you? Huck repeats that number over and over again because it’s an eternal moment; it has become the present that he lives in forever; and it’s a moment of eternal loss. That’s what hell is.

The other side of the eternity of 7:52 is the impact that Huck’s trance has on his fellow “gladiators in suits” at Olivia Pope & Associates, the crisis management firm at the center of Scandal. One by one, each of the gladiators, Abby, Quinn, Harrison, and then finally Olivia herself take turns sitting with Huck and talking to him to try to break him out of his trance. It’s very interesting to watch how each of these conversations turns into a kind of confession, particularly for Harrison who says to Huck, “You’re a man of action, but I’m all talk.” They each offer their own interpretations of the meaning of seven fifty-two in terms of the eternal loss that each of them has experienced. So it becomes a strange communion of eternal isolation, the one man reciting a mantra of the most painful moment of his life, the others talking to themselves aloud in the presence of one who cannot respond.

Olivia is the one who finally does break the trance. She is the one who discovered Huck at the metro station and took him under her wing (I’ve only watched this one episode so I don’t know the full back-story). She tells Huck that she didn’t save him at the metro station, but rather he saved her. She tells Huck that he is the only one she can trust after spending most of the episode in the arms of that disgusting philanderer-in-chief Fitz Grant.

Olivia is the only one who physically touches Huck, and when she does that, the trance is broken. Huck says two things that I would offer as a summary of humanity’s pathos: “I think I have a family. But I’ve done terrible things.” Olivia tells him, “We’ve all done terrible things,” but having seen the flashbacks of Huck literally ripping fingers off of the victims of his torture, we know that she has no idea what she’s talking about. The gap between Olivia’s dismissive reassurance and the amazingly horrific evil that we’ve witnessed in the flashbacks is one way to narrate the eternal separation of hell.

I think I have a family. But I’ve done terrible things.

Whenever I think about the cruelest serial killers who get in the news, what always haunts me is that once they had a mother who loved them. Despite our world’s insistence that it’s the duty of everyone to hate them with perfect hatred out of solidarity with humanity, somewhere someone is quietly weeping as they take their final walk to the table where they will be put to death.

We all live in varying degrees of these two statements. Some of us know that we have a family, because the family we have is genuinely very close and filled with love. Others of us feel like we’re supposed to keep up appearances as though that were the case. Others of us have had to build new families because we were betrayed by the families of our birth. And then there are those of us like Huck who really have lost everyone.

Regarding the second statement, some of us really haven’t done anything terrible but we believe that it’s proper as Christians to say so because of our theology so we say it disingenuously. I suspect that most of us have done at least something that was terrible enough that we would have to run out of the room in horrified shame if we were sitting in an eternal banquet hall with all the people we loved and suddenly a flashback of our most terrible deed was displayed on a giant LCD for everybody to see. And then there’s a different level of terrible things. Some of us have destroyed somebody else’s life irreparably whether through bullying, betrayal, a love affair, or a brutal fight that ended our relationship.

Olivia and her fellow gladiators are both right and wrong about 7:52. All of us need to sit at the feet of someone who has lived in the eternal moment of 7:52 and tell him everything. We need to be saved by someone who seems powerless to save us, because we need to be saved most of all from our delusion of self-sufficiency. But Huck doesn’t have the power to bear the weight of that cross. It was more like high noon when Jesus cried out from his cross: “My God, my God, why have you abandoned me?” but for the purposes of a Scandal episode, it was 7:52 am.

Jesus has lived in our moment of eternal loss whose memory we chant over and over. This is why it’s so important to understand that His cross is not merely the payment for our sin to which many American evangelicals have reduced it; it is also Jesus’ act of solidarity with the radical alienation that our sin creates as well as a host of other means by which our lonely ugliness can be transformed into beauty. All of us have things we can talk to no one about. Jesus made Himself the safe person for us to talk to by putting Himself through the abandonment of His own Father and the eternal loss of an intimacy infinitely more potent than any family we have ever known.

Jesus wants us to know that, yes, we do have a family that will love us forever, and, yes, He knows that we’ve done terrible things, but through His cross, He has put them behind us and He has the power to heal even people whose lives we have destroyed and create a kingdom in which they would be joyful to welcome us.

All these connections that I made as I was watching Scandal last night were inspired by the way Jonathan Martin tells the story of the gospel in Prototype. It was my intention to interweave my analysis of Scandal with Jonathan’s words, but I ran out of time. Prototype is not only brilliant but completely accessible (way more accessible than most of the esoteric crap that I write), particularly if you’re someone who has no experience with Christianity. If I wanted to introduce Christianity to non-believing friends who were jaded by what they’ve seen in the media, I would give them Prototype. If you read it while watching Scandal, you will get chills about everything that Jonathan speaks directly to. We all need a family and we’ve all done terrible things; Jesus can handle both.

April 27, 2013 Cut government spending, except when I have to wait in line
Recent Comments
0 | Leave a Comment
Browse Our Archives
get the latest from
Mercy Not Sacrifice
Sign up for our newsletter
POPULAR AT PATHEOS Progressive Christian
1