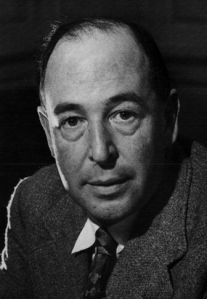 This weekend, Burke United Methodist Church will continue in our sermon series on the four types of love with a discussion of eros, romantic passion. This sermon series is based on a book called The Four Loves, by C.S. Lewis. There are certainly things to be offended by in the patriarchal ethos of an early 20th century British old man, but I do think Lewis has important things to say about eros, which I thought I would share particularly with those of you in my congregation as preparation for this weekend’s sermon. I will go through in chronological order of the passages I underlined and starred.

First of all, eros is not the same thing as sex.

Sexuality makes part of our subject on when it becomes an ingredient in the complex state of “being in love.” That sexual experience can occur without Eros, without being “in love,” and that Eros includes other things besides sexual activity, I take for granted. [91]

Lewis points out that throughout history, many marriages have been consummated without the two people being “in love.”

I am not at all subscribing to the popular idea that it is the absence or presence of Eros which makes the sexual act “impure” or “pure”… If all who lay together without being in the state of Eros were abominable, we all come of tainted stock… Most of our ancestors were married off in early youth to partners chosen by their parents on grounds that had nothing to do with Eros. They went to the act with no other “fuel,” so to speak, than animal desire. And they did right; honest Christian husbands and wives, obeying their fathers and mothers, discharging to one another their “marriage debt,” and bringing up families in the fear of the Lord. [92]

Very often what comes first is simply a delighted pre-occupation with the Beloved–a general, unspecified pre-occupation with her in her totality. A man in this state really hasn’t leisure to think about sex. He is too busy thinking of a person. The fact that she is a woman is far less important than the fact that she is herself. He is full of desire, but the desire may not be sexually toned. If you asked him what he wanted, the true reply would often be, “To go on thinking of her.” [93]

Here is where Lewis draws a good distinction between sexual libido and eros.

Sexual desire, without Eros, wants it, the thing in itself; Eros wants the Beloved… We use a most unfortunate idiom when we say, of a lustful man prowling the streets, that he “wants a woman.” Strictly speaking, a woman is just what he does not want. He wants a pleasure for which a woman happens to be the necessary piece of apparatus… Now Eros makes a man really want, not a woman, but one particular woman. [94, presumably Eros would make a woman want a particular man too, though I’m not sure Lewis is sure that women can experience Eros as well ;-)]

Lewis later dissuades the presumption that sex is the “problem” with eros.

It has been widely held in the past… that the spiritual danger of Eros arises almost entirely from the carnal element within it; that Eros is “noblest” or “purest” when [sex] is reduced to the minimum… It will be noticed, however, that this is not the Scriptural approach. St. Paul, dissuading his converts from marriage, says nothing about that side of the matter except to discourage prolonged abstinence from [sex] (1 Cor VII, 5). What he fears is pre-occupation… It is marriage itself, not the marriage bed, that will be likely to hinder us from waiting uninterruptedly on God… It is (within a marriage as without) the practical and prudential cares of this world… that are the great distraction. The gnat-like cloud of petty anxieties and decisions about the conduct of the next hour have interfered with my prayers more than any passion or appetite whatsoever. [97]

One of the points Lewis makes is that taking sex too seriously is more of a problem than having a healthy levity about it.

It is not for nothing that every language and literature in the world is full of jokes about sex… They embody an attitude to Venus which in the long run endangers the Christian life far less than a reverential gravity. We must not attempt to find an absolute in the flesh. Banish play and laughter from the bed of love and you may let in a false goddess… The mass of the people are perfectly right in their conviction that Venus is a partly comic spirit. [99]

The thing which makes Eros comical insofar as it’s connected with sexuality is its link to the unpredictable and awkward messiness of having a human body.

For I can hardly help regarding it as one of God’s jokes that a passion so soaring, so apparently transcendent as Eros, should be thus linked in incongruous symbiosis with a bodily appetite, which like any other appetite, tactlessly reveals its connections with such mundane factors as weather, health, diet, circulation, and digestion… Lovers, unless their love is very short-lived, again and again feel an element not only of comedy, not only of play, but even of buffoonery, in the body’s expression of Eros… It would be too clumsy instrument to render love’s music unless its very clumsiness could be felt as adding to the total experience its own grotesque charm. [100, 101-102]

Lewis makes a really interesting claim about “nakedness” actually not being when we are most our “true selves.”

Are we not our true selves when naked? In a sense, no… Nudity emphasizes common humanity and soft-pedals what is individual. In that way we are “more ourselves” when clothed. By nudity the lovers cease to be solely John and Mary; the universal He and She are emphasized. You could almost say they put on nakedness as a ceremonial robe–or as the costume for a charade. [104]

Not just sex itself, but eros seems to make our experience with our lover “universal” in the sense that it becomes the only thing happening in the universe. That’s why eros can cause us to do great harm to other people in situations like adultery.

Nothing is shallower than the belief that a love which leads to sin is always qualitatively lower–more animal or more trivial–than one which leads to faithful, fruitful, and Christian marriage. The love which leads to cruel and perjured unions, even to suicide-pacts and murder, is not likely to be wandering lust or idle sentiment. It may well be Eros in all his splendour; heart-breakingly sincere; ready for every sacrifice except renunciation. [108]

The problem that eros creates for Christians is not the physicality of sex itself (as it would be for the Platonists). The problem is when we obey it like a god.

Of all loves [Eros] is, at his height, most god-like; therefore most prone to demand our worship. Of himself he always tends to turn “being in love” into a sort of religion. Theologians have often feared in this love, a danger of idolatry. I think they meant by this that the lovers might idolize one another… The real danger seems to me not that the lovers will idolize each other but that they will idolize Eros himself. [110-111]

Lewis goes on to describe how eros becomes its own religion of idolatry.

When lovers say of some act that we might blame, “Love made us do it,” notice the tone. A man saying, “I did it because I was frightened,” or “I did it because I was angry,” speaks quite differently. He is putting forward an excuse… But the lovers are seldom doing quite that. Notice how tremulously, almost how devoutly, they say the word love, not so much pleading an “extenuating circumstance” as appealing to an authority… In extreme cases what their words really express is a demure yet unshakeable allegiance to the god of love. [112]

The tragedy of idolizing eros is that it’s so utterly flaky despite its profound intensity.

And all the time the grim joke is that this Eros whose voice seems to speak from the eternal realm is not himself necessarily even permanent. He is notoriously the most mortal of our loves… What is baffling is the combination of this fickleness with his protestations of permanency. To be in love is both to intend and to promise lifelong fidelity. Love makes vows unasked… “I will be ever true,” are almost the first words he utters. Not hypocritically but sincerely. No experience will cure him of the delusion… Eros is driven to promise what Eros of himself cannot perform. Can we be in this selfless liberation for a lifetime? Hardly for a week. [113-114]

So what is the solution to the fact that we spend most of our marriages not smitten in eros?

We must do the works of Eros when Eros is not present. This all good lovers know… And all good Christian lovers know that this program, modest as it sounds, will not be carried out except by humility, charity, and divine grace… Thus Eros… cannot of himself be what, nevertheless, he must be if he is to remain Eros. He needs help; therefore he needs to be ruled. The god dies or becomes a demon unless he obeys God. [115]