Obama, Pope Francis, and the Internet’s hatred of nuance and context

During the past week, both President Obama and Pope Francis generated Internet controversies that exemplified how the Internet distorts truth. Because Obama mentioned crusades and racism as part of a speech that also mentioned the evils of the Islamic State, the Internet accused him of creating “moral equivalency” between the Islamic State and Christianity. Pope Francis was giving a homily about the importance of respecting the dignity of children in administering discipline. Because he talked about corporal punishment, the Internet said that he thinks child abuse is “beautiful.” As a blogger, I know that I’ve been guilty of using oversimplification and click-baity headlines to draw traffic to my site. It’s an enormous temptation but it’s engendering an epidemic of stupidity in our online discourse.

The way that Obama talks about Islam is really not any different than the way his predecessor Bush talked about Islam. Both have fiercely insisted upon refusing to name Islam itself as the problem behind terrorism. Both cast terrorism as a distortion of Muslim teachings. In their presidential rhetorical roles, this is entirely appropriate. If a US president ever were to name the war against terror as a war against Islam, that would be exactly what groups like Al-Qaida, Boko Haram, and ISIS want them to say, since it would fully undermine what little credibility the United States has left among the Muslim grassroots.

Certainly, there’s a gap between the presidential rhetoric of Obama and Bush and the consequences of the military strategies they have used. Whether it’s shock and awe bombing or drone attacks that have killed mostly civilians, the war on terror has sown plenty of seeds for future terrorism. But strictly from the perspective of presidential rhetoric, it has been entirely appropriate for both presidents to refuse to indict Islam for terrorism. It doesn’t matter how many damning verses from the Koran can be cited or how many suicide bombers say, “Allah akbar” before blowing themselves up. Presidential rhetoric is not supposed to be objective; it’s supposed to be strategic. When you’re in a powerful position like that, you are responsible for creating truth with your statements instead of just reflecting truth. So even if it’s not inappropriate for academics to debate whether or not terrorists’ behavior is within the scope of legitimate Muslim behavior, it’s appropriately strategic for a US president to say no, that’s not real Islam.

In addition, Christians and other religious people would do well to ponder the words Obama offered just after the 2-3 sentences that the outrage industry has mined so profitably for click-bait:

I believe that the starting point of faith is some doubt — not being so full of yourself and so confident that you are right and that God speaks only to us, and doesn’t speak to others, that God only cares about us and doesn’t care about others, that somehow we alone are in possession of the truth.

Our job is not to ask that God respond to our notion of truth — our job is to be true to Him, His word, and His commandments. And we should assume humbly that we’re confused and don’t always know what we’re doing and we’re staggering and stumbling towards Him, and have some humility in that process. And that means we have to speak up against those who would misuse His name to justify oppression, or violence, or hatred with that fierce certainty. No God condones terror. No grievance justifies the taking of innocent lives, or the oppression of those who are weaker or fewer in number.

Certainty is the enemy of faith. When I am absolutely self-certain, the object of my faith is myself not God. If you need a few proof-texts to support what Obama is saying here, I could think of several. “Let God be true, and every man be a liar” (Romans 3:4). “All have sinned and fall short of the glory of God” (Romans 3:23). “Now we see dimly as in a mirror; then we shall see face to face” (1 Corinthians 13:12). I don’t understand why other cultures have received very different spiritual revelations than the ones that have shaped my religion. But I’m unwilling to say that they are utterly wrong and satanic, even though I do think that Christianity has the most truth in the story that it tells about God’s love and the human condition.

My internet buddy Carson Clark shared this reflection from Fuller seminary president Richard Mouw, “Too often in life we proceed with a hermeneutic of self-assuredness and criticism of those for whom we disagree rather than a hermeneutic of self-criticism and grace for others.” Christians should be uniquely capable of self-criticism and humility in public discourse if Jesus’ cross means anything at all to us. If Christians truly believed that we were justified by grace and not by winning every argument, then the Christian internet would look very different than it does today.

Now moving onto Pope Francis’s controversy, what he said was this:

One time, I heard a father say, ‘At times I have to hit my children a bit, but never in the face so as not to humiliate them’… That’s beautiful. He had a sense of dignity. He should punish, do the right thing, and then move on.

First of all, yes, it looks quite tone-deaf to me and I can understand how an abuse survivor or child psychologist would be deeply troubled by these words. But since I’m trying to read both Obama and Pope Francis as sympathetically as possible, I want to name the fact that there are cultural context and translation issues at play here. Within American sociolinguistics, we have established that “hitting” children is never okay, though there is still some debate about whether “spanking” is okay. I suspect that there’s not a separate word in Italian for “hitting” or “spanking.” I know that in Spanish you would just say golpear for both. I’m also curious about whether Italian has a different word for “punish” than it does for “discipline.” I also suspect that Italian society doesn’t have the same culture war battle-lines on the issue of spanking that we do in America between people for whom spanking represents the ignorant repugnance of fundamentalist religion and people for whom it represents taking a stand against the moral laxity of secular liberalism.

I definitely think that the way Pope Francis made his point was very problematic. But I also recognize his larger point: that any discipline parents provide their children should be done with dignity. He’s not saying it’s “beautiful” to beat your children as the click-bait headlines have made him out to say. What was beautiful to him was that even a stereotypically gruff, macho-sounding father cared about his kids’ dignity. I’ll confess that I’m not very good as a father at disciplining with dignity. When my sons annoy or anger me, I too often want to put them in their place and show that I’m the boss instead of thinking about how to create an effective teaching moment. So Francis’s larger point is very legitimate even though the way he expressed himself was clumsy and legitimately hurtful to abuse survivors whose fathers may have “hit them a bit” when they were growing up.

To be clear, there are legitimate things to critique about what both Obama and Pope Francis said. And the fact that I’ve shared both of their remarks as examples doesn’t mean that I’m trying to present them as “equivalent” in their legitimacy. I just think the response they’ve elicited exemplifies the obnoxiousness of internet click-bait and tribalism. What would happen if we appropriated the wisdom out of imperfect speeches from imperfect human beings like Obama and Pope Francis for the sake of our own growth and edification instead of exploiting their imperfections to feed our appetite for self-righteous zeal? Though I often fail, I want to be on the side of those who read other peoples’ imperfect ideas carefully and humbly in order to learn truth. 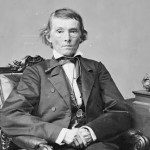 February 9, 2015 On self-serving appeals to God's sovereign "natural" order
Recent Comments
5 Comments | Leave a Comment
Browse Our Archives
get the latest from
Mercy Not Sacrifice
Sign up for our newsletter
POPULAR AT PATHEOS Progressive Christian
1