Narcissism and platform-building May 4, 2015 Morgan Guyton

The Christian blogosphere has been talking a lot about narcissism lately, particularly in the context of an emergent Christian writer’s failed marriage. Last week, this writer’s ex-wife shared her side of the story in a blog post. For me, it was very troubling to read for one particularly dark reason. It made me wonder how much my writing career has poisoned my soul and made me into a narcissist.

I don’t say it that way to avoid responsibility for myself. I’m just starting to wonder whether my writing vocation is inherently toxic. And I’m trying to figure out how to unslave myself from it and actually live the way I tell other people to live with God’s grace as the true foundation of my self-worth etc. Writing itself isn’t toxic. I’m super jealous of people who can actually just write for fun and don’t have any expectations that their writing will ever “amount to something,” at least not “something” like a viral blog post or a book deal.

Somehow I got cursed with this conviction that I have a message the whole world needs to hear and that I’m supposed to write the book that will actually do what Love Wins was trying to do: save the evangelicals, take American Christianity into the promised land beyond our godforsaken culture wars, etc. And the only way to get that message out is to build a platform big enough to secure a book deal and sell millions of copies. That’s why I started the blog. And why I started going to Christian conferences. And why I started networking with other Christian writers. To build my platform.

Platform. It’s like that damn ring that Frodo Baggins carries. I hate it so much. I hate kissing ass. I hate trying to make myself useful to famous Christian bloggers and getting snubbed by them anyway. I hate the conversations I’ve had with people where both of us were trying really hard not to conspicuously look around the room for someone more important. I hate all the times that I’ve been buried in my phone networking and platform-building instead of paying attention to my wife and sons. I hate the way my mind continually accuses me of doing everything for self-promotion.

There are moments when I’m not a slave to my platform and I actually connect to God and other people whom I’m not trying to make myself relevant or important to. Like when I wrestle with my son. Or when my wife and I go out and listen to a jazz singer like we did last Saturday night. I was proud of myself. Because I actually let myself enjoy our evening together. I didn’t pull out my phone except a couple of times to check the score on the San Antonio basketball game. And even though the piano player was way better than I’ll ever be, I actually just enjoyed his music rather than resenting him for reminding me that my piano playing has never “amounted to something.” I remember when I first heard Herbie Hancock as an undergrad at UVA, I hated him because I wanted to play like he did.

What is this awful need to “amount to something” and how do you turn it off? I’ve recently discovered the Enneagram. I’m pretty sure I’m a type 4 for those who know what that means. It’s called “The Individualist” or “The Romantic.” We feel things more deeply than most people or at least think that we do. We think that nobody can understand us. Our deepest fear is being ordinary. We include people like Virginia Woolf, Paul Simon, Marlon Brando, and perhaps most emblematically, the character Blanche Dubois in Tennessee Williams’ A Streetcar Named Desire.

The reason I’ve immersed myself so thoroughly in contemplative spirituality is because I desperately want to learn how to just be. I want to shatter all the invisible mirrors that I’m performing in front of. Sometimes I can do it. Like when I used to sit in the national basilica in DC. Or when I’ve got a completely open-ended afternoon for walking on the beach. Or when I go to a laser tag birthday party with my son. Most of the time I’m wasting my emotional energy worrying about how to shepherd the message I’ve been given to share, the all-consuming cause of my life. My wife tells me to just trust God. Yeah. That’s what I tell other people to do all the time. 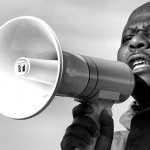 May 1, 2015
Why white Christians need to listen to Amos and Isaiah
Next Post 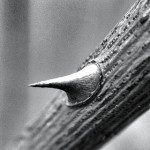 May 5, 2015 "Wisdom is knowledge gained through suffering" (Elaine Heath)
Recent Comments
16 Comments | Leave a Comment
"I like this...As long as I’m obsessively performative, I lack trust in God’s mercy. /...And ..."
charlesburchfield Why I Still Call Myself A ..."
"awesome dude it's good to not let jerks ruin your faith."
Brandon Roberts Why I Still Call Myself A ..."
"Frankly, I don't. I'll have to look into that."
Jonée Lillard | Morgan Guyton
"What if you’re expressing a moral worldview unique to post-1960’s middle class white America? Where ..."
Morgan Guyton | Morgan Guyton
Browse Our Archives
get the latest updates from
Mercy Not Sacrifice
and the Patheos
Progressive Christian
Channel
POPULAR AT PATHEOS Progressive Christian
1