I’m not sure who’s getting more mileage out of the Pew report on church decline: the atheists or the evangelicals? There’s been a whole lot of hand-wringing and spin-doctoring in response to the survey which shows that while Christianity has declined overall in America, evangelical Christianity has held steady at around 25% of the population. This means that evangelicalism has dramatically increased its market share within Christianity, even if the evangelical culture wars have also alienated many millennials from the church. What has been particularly distasteful to see has been the gloating by self-appointed evangelical spokespeople like Russell Moore who have used the survey as an opportunity to marshal out their talking points about the inevitable demise of “liberal” Christianity.

When I think about the evangelicals who have shaped me spiritually and continue to influence me, it would be completely out of character for them to gloat over any church’s decline. Real evangelical faith creates humble people who love the gospel, not spin-doctoring, power-hungry politicos who love their talking points. And I don’t think I’m just using “real evangelical” as a false label for people who agree with me. There is real spiritual vitality within evangelical Christianity that keeps me in its orbit, no matter how many disagreements I might have with my fellow evangelicals over social issues. Here are some qualities about the real evangelicals I know that would keep them from turning surveys about church decline into a victory dance.

There’s an evangelism video series called “Contagious Christianity” that describes the kind of innate passion that real evangelicals have about the gospel. They love Jesus and can’t stop talking about him. They want for other people to know Jesus. Every moment they are thinking about how to share Jesus’ love with the people around them. They hate any stumbling block that gets in the way of the gospel. Real evangelicals are very troubled by the devastation that the culture wars have waged upon our Christian witness. They might be marriage traditionalists, but they want the focus to be on Jesus’ love, not on polarizing issues (e.g. Louie Giglio, Andy Stanley, etc).

Fake evangelicals relish two things: winning and feeling “persecuted.” They enjoy being contentious and “politically incorrect” because it gives them the satisfaction of feeling like they’re “taking a stand for God.” They constantly engage in theological pissing contests to see who has the most hard-core, cage-fighter God. Fake evangelicals are more invested in winning arguments with other Christians than they are in sharing the gospel with non-Christians. They enjoy talking about how other churches don’t really read the Bible or talk about sin or believe in salvation. A fake evangelical gets more joy out of seeing the Episcopal church go down in flames than seeing new people come to know Jesus.

Evangelicals emphasize sin in their gospel (perhaps too much). Real evangelicals focus most strongly on their own sin while fake evangelicals love to talk about other peoples’ sin. This difference defines how they respond differently to any kind of negative news. A real evangelical feels personally convicted by any controversy involving the church, while a fake evangelical sees it as an opportunity to judge others.

What a real evangelical wants to know about church decline in America is how has my sin alienated people from Jesus. Fake evangelicals cannot imagine that church decline would have anything to do with their personal behavior so they spin it into a narrative about the lukewarmness of “liberal” Christianity and the wickedness of secularism.

For real evangelicals, the entire power of Christianity lies in our participation in the ongoing crucifixion and resurrection of Jesus Christ. They are always looking into their own hearts for idols that need to be crucified so that they can be resurrected into greater freedom. Real evangelical churches are places where this powerful process of deliverance and transformation is taking place. They are places where humble, broken people are set free and keep asking God to humble and break them further so they can taste even deeper freedom.

Fake evangelical churches are places where everyone has already “arrived,” where people have learned to speak the right lingo with self-assurance. What’s attractive about fake evangelical churches is the opportunity to be right about everything since the pastor knows that he’s right about everything. In the midst of these stadiums of rightness, many individuals might feel insecure about their beliefs but they keep these insecurities deeply hidden and compensate for them by outperforming one another in zealous displays of doctrinal correctness.

A real evangelical response to the decline of mainline churches might be to join a declining mainline congregation and freely offer your love, gifts, and passion in support even if you don’t agree with everyone’s theology. People will hear you out on your theological convictions if you show that you’re on their team rather than rooting for them to fail. I know a lot of real evangelicals who are willing to partner in ministry with people who have different beliefs in our painfully, wonderfully theologically diverse United Methodist denomination; they bring many blessings to the congregations they serve.

Fake evangelicals cannot abide two things: theological diversity and the possibility of failure. Whenever fake evangelicals smell the possibility of failure or too much theological diversity in their congregations, they ditch them for a “Bible-believing” congregation where everyone is right and everyone is winning. God only knows what percentage of megachurch attendance is transfer growth of all the people who ditch their “loser” mainline congregations to be part of a winning team. I know of about eight families who ditched our Methodist church in northern Virginia to join the wildly popular “community” church around the corner. 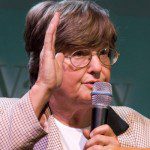 May 16, 2015
Sister Helen Prejean's chat with the Boston Marathon bomber
Next Post 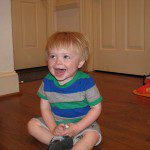