Kevin DeYoung’s 40 questions for rainbow-flag waving Christians has been making rounds across the internet along with excellent responses from Alise Chaffins, Ben Irwin, AW Hooker, and Matthew Vines, among others. I often wonder if fundamentalists today ever stop to notice how much they resemble the first century Pharisees who were constantly pinging on Jesus to justify his loving acts with their scripture. To me, the most important tool the gospels give us for discerning Christian morality is the contrast that they draw between Jesus and his sanctimonious religious opponents. I would contend that the following verses convey the moral pragmatism of both Jesus and the apostle Paul which are one reason that I support the establishment of same-sex marriage.

This is what Jesus says to the Pharisees when they harp on him for eating with tax collectors and sinners, and I believe it’s exactly what he would say to the fundamentalist critics of rainbow-flag waving Christians today.

In the original text of Hosea 6:6 which Jesus quotes, God is bemoaning the Israelites’ perfunctory use of ritual. The full verse says, “I desire mercy not sacrifice, the knowledge of God rather than burnt offerings.” It uses the Hebrew word chesed which can mean “mercy,” but it really should translate as “steadfast love” in the context of Hosea 6:6, because God is saying he wants heartfelt loyalty from the Israelites rather than ritual. It’s worth noting that this is the only place in the Hebrew Bible where God asks for chesed from his people rather than his people asking for chesed from him.

For Jesus to deploy this verse as a response to the Pharisees’ criticism of his association with sinners completely changes the meaning of the verse. He’s saying that the way to show steadfast love for God is to show mercy to sinners instead of judging and shunning them out of solidarity with God’s holiness. Nothing about the context of Hosea 6:6 justifies Jesus’ usage. Hosea is not saying anything about mercy for sinners. It would have been more exegetically legitimate for the Pharisees to quote Hosea 6:6 to Jesus as part of their complaint that he was betraying God by associating with people whose lifestyles dishonored God.

If Jesus’ interpretation of Hosea 6:6 summarizes God’s basic demand for humanity, which I think it does, then what God most wants from us is our radical hospitality for other people, not our willingness to make sacrifices to show how much we “glorify” him. God doesn’t justify and sanctify us in order to have a polished set of trophies that showcase his sovereignty, but so that we can be purged of idolatry and thus made entirely available as his means of sharing mercy for the world.

The most awkward thing about Genesis 2 for fundamentalists is that God creates the animals after the man, instead of before humanity as in Genesis 1, for the purpose of finding the man a suitable helper. It’s only after none of the other animals qualify as a helper for the man (Genesis 2:20) that God decides to create the woman. But setting aside how obviously ridiculous it becomes to see this allegorical story as a historical event, what we see is that God cares about the emotional needs of his creatures. His purpose in this story is not to give himself glory. His purpose is to provide the man with companionship. Now it’s true that our culture’s idolatry of marriage and the nuclear family (largely orchestrated by evangelical Christianity) has left us with a very diminished imagination for how companionship and community can occur between people, but if we’re using Genesis 2:18 as a moral guide for us, then it’s not good for gay people to be alone just so that fundamentalists can have an easier time interpreting their Bibles.

To Jesus’ religious critics, the purpose of the Sabbath could not be clearer. In Luke 13:14 the ruler of the synagogue pleads with the crowd, “There are six days on which work ought to be done; come on those days and be cured, and not on the Sabbath day.” It was such a reasonable request. Why couldn’t Jesus heal people on the other six days of the week since the Sabbath was the one day to glorify God? And Jesus responds to his critics with this shocking statement that the Sabbath was made for humanity. What? So the Sabbath wasn’t made for God? What are you, Jesus, some kind of humanist?! The paradigmatic principle of this verse epitomizes the moral pragmatism reflected throughout Jesus’ teachings and deeds. Like the Sabbath, all of God’s law is made for humanity’s benefit, not as a means for establishing God’s sovereignty.

This is precisely where the fault-line is between Christians like me and the fundamentalists. They need for there to be some Biblical laws that have no other explanation than “because God said so” or “for the sake of God’s glory.” If every law has an explanation in terms of its benefits for humanity, they think it takes away God’s sovereignty and leaves us with nothing more than secular humanism. The reason they cling so tightly to the prohibition against homosexuality is because it’s their means of proving to themselves that they’re standing up for God’s sovereignty against the encroachment of humanism. And I say that Mark 2:27 shows that Jesus himself is a humanist. Gasp!

4)      Romans 14:14: “I know and am persuaded in the Lord Jesus that nothing is unclean in itself; but it is unclean for anyone who thinks it unclean.”

This verse exposes Paul’s scandalous moral relativism. No, he isn’t just talking about food, or he would have said “no food is unclean in itself.” He says elsewhere that “all things are lawful for me, but not all things are beneficial” (1 Corinthians 6:12), which panicked translators have tried to address using all sorts of tricks. The reason certain behaviors are unclean is because of the impact that they have on us, not because God makes arbitrary rules for the sake of establishing his sovereignty. The point is to avoid idolatry. It’s actually a lot more difficult to stay spiritually clean than if the Bible were the comprehensive “owner’s manual” that fundamentalists claim it to be. We cannot rely on the explicit do’s and don’ts of the Bible to cover everything. If you’re stress-eating, then you’re committing no less of a sin than the person who gets drunk, even if you can’t find a chapter verse citation for it. If I have sex within my marriage in a way that merely gratifies my physical need instead of showing my wife how sacred she is, that too is sinful. We sin all the time in many different ways that the Bible never names in an explicit command, because we are always doing things that detract from our attentiveness to the presence of God in our lives and our ability to experience the bliss of union with Christ. And God is gracious enough to patiently deliver us from all the ways we keep on making ourselves unclean. Nothing is unclean in itself, but many things are unclean because of how our mind covets idols instead of God.

5)      1 Corinthians 7:32, 35: “I want you to be free from anxieties… I say this for your own benefit not to put any restraint upon you, but to promote good order and unhindered devotion to the Lord.”

The best way to build a sexual ethic from the apostle Paul’s teachings is to look at Paul’s explicit rationale when he is directly offering prescriptive teaching about sexuality (1 Corinthians 7) instead of extrapolating based upon speculative translations of obscure Greek words (1 Corinthians 6:9, 1 Timothy 1:10) or incidental mentions of sexual behavior taken completely out of their rhetorical context (Romans 1:26-27).

When Paul talks to the Corinthians directly about sex, he doesn’t say that marriage is the way that they will show the world how Christ loves the church or anything like that. He offers marriage as a “concession, not a command” (1 Corinthians 7:6) “because of cases of sexual immorality” (v. 2). In 1 Corinthians 7, marriage is fundamentally a question of social pragmatism.

In any case, Paul gives three explicit reasons for his instructions to the Corinthians regarding sexuality. He wants them to be 1) free from anxieties, and he wants to promote 2) good order and 3) unhindered devotion to the Lord. These three criteria correspond to love of self (freedom from anxiety), love of neighbor (good order), and love of God (unhindered devotion).

I believe that any Christian conversation about sexuality should use 1 Corinthians 7 as a foundation. Do sexual practices create anxiety, sabotage the social order, or hinder devotion to God? If so, then they’re sinful. If not, then they’re okay. When I use these criteria, I find pedophilia, incest, polygamy, bestiality, promiscuity, pornography, and adultery to be out of bounds, while monogamous straight and gay companionship are legitimate.

I close with this well-known verse from Matthew 25 because it’s where Jesus names explicitly what it means to him to respect God’s sovereignty. Matthew 25:40 is really another way of articulating Jesus’ radical interpretation of Hosea 6:6. The way that we show respect for God is through the unconditional hospitality and mercy that we show to marginalized people, not through demanding sacrifices of them so that we can feel like we’re adequately standing up for God’s holiness against the mores of modern culture. God does not ask us to champion his sovereignty by “shutting the door of the kingdom of heaven in people’s faces” (Matthew 23:13). The way that we honor God’s sovereignty insofar as queer people are concerned is by treating the queer people in our lives as though they are Jesus and asking them to pray that Jesus would live in our hearts also. 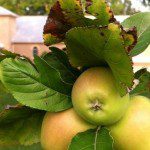 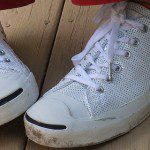 July 15, 2015 The woman with the orthopedic shoes at my Monday mass
Recent Comments
73 Comments | Leave a Comment
Browse Our Archives
get the latest from
Mercy Not Sacrifice
Sign up for our newsletter
POPULAR AT PATHEOS Progressive Christian
1

'For you were [redacted] in Egypt'...
slacktivist
Related posts from Mercy Not Sacrifice