The squandered witness of anti-gay “martyrdom” in an age of dehumanizing sex September 4, 2015 Morgan Guyton

I’m not going to call Kim Davis a bigot. I don’t think she’s a malicious person. She’s the victim of a deformed Christianity that has taught her that it’s better to go to jail than to allow two men to commit officially to spending their lives together. The real tragedy is that our society desperately needs to have a real conversation about sexual holiness. By putting all of their eggs in the anti-gay basket, American evangelicals have completely sabotaged the ability of the church to say anything about sex to young adults who must navigate a hookup culture which has marketized their bodies and undermined their ability to experience authentic intimacy.

A few weeks ago, I read a Vanity Fair article about the app Tinder. No other phenomenon in our culture has manifested the marketization of sexuality so plainly. A market of bodies are swiped through. When you choose a body, you swipe right. When you reject it, you swipe left. If two people choose each others’ bodies, then Tinder eliminates the need for all the awkward chitchat. The article featured an interview with a guy named “Alex” who had slept with five strangers in the last week through Tinder. I realize that not everyone uses Tinder for sexual conquest, but I’m very concerned about the marketplace framework that it has created.

This is how sex has become in our world, and American evangelicals like Kim Davis think that what they’re supposed to care about the most is preventing gay people from leaving the sex marketplace and committing their lives exclusively to each other. What an utterly self-sabotaging, anti-evangelistic posture the anti-gay “martyrdom” movement has become. When Jesus told his followers to take up their crosses, he was calling them to join the ranks of those who were being crucified by the world. He was calling them to renounce their worldly status and become outsiders like the Samaritans and tax collectors and sex workers who were entering his kingdom ahead of the religious insiders. It’s a complete farce when people who are religious insiders use their opposition to outsiders as a means by which they can feel like outsiders and thus imagine themselves to be faithful disciples undergoing persecution.

To people outside the echo chamber of Kim Davis’ ideology, her act of “martyrdom” is utterly clownish. She is going to jail to keep people from putting boundaries on their sex life and assuming a level of commitment and self-discipline that goes completely against the grain of our Tinder-ized culture. What if instead of demonizing otherness within sexuality and gender identity, evangelical Christians were actually interested in persuading the millions of young adults on Tinder that sex can be far more beautiful and life-giving than a booty call with a stranger.

Last night I met with our brand-new Prism LGBT ministry. We talked about what it means that our bodies are temples. It’s such an incredible statement that Paul makes in 1 Corinthians 6:19: “Do you not know that your body is a temple of the Holy Spirit within you?” Growing up in evangelical culture, I only ever heard this verse reduced to the uninspiring moral legalism of a list of things I should not do with my body. But it means so much more than that. Our bodies are beautiful. They are sacred altars. They are places where the presence of God can be encountered and enjoyed. That’s why the apostle Paul is pleading with the Corinthians not to desecrate their bodies. The why is everything, and the why is completely drowned out from our collective Christian witness by the exhibitionist “martyrs” whose zeal is directed toward defending their religious right to stop the “wrong” people from getting married.

So at Prism we talked about the way that our culture has reduced our bodies to consumer products and our sexuality to a performance, when our bodies are actually sacraments of God’s presence and our sexuality could be a means of worship. I didn’t present sexuality as a set of rules. I presented it as an opportunity to be set free from our dehumanization if it happens in a sacred way. Our Tinder-ized capitalist culture has ruined the ability of sex to establish intimacy, safety, and radical acceptance between two people who see each others’ bodies as sacred. Every time we have sex in order to prove that we’re pretty or charming or manly enough, we might as well be doing it on a stage in front of the hundreds of thousands of other players with whom we’re competing in our minds. There’s nothing intimate about that kind of sex even if we’re technically alone with another person when we do it.

One of the guys in the Tinder article said that his goal was to “rack up 100 girls… within a year.” That means he’s not even using their bodies for his pleasure, because he cares more about the abstract goal of winning a competition for Tinder champion. It’s probably the same ethos he followed as a dutiful overachiever in the classroom and on the athletic field growing up. It’s what happens when you make sex into a quantifiable meritocracy like everything else under capitalism. To a guy with the enormous pressure of trying to “rack up 100 girls,” sex has become an onerous moralistic duty. What if he peters out in the mid-sixties? What if he loses momentum in September after going three weeks without “racking up” any lays?

The market is actively dehumanizing us in so many different ways. If sex did what it’s supposed to do, it would be our refuge from the world that is constantly telling us we don’t measure up. It would be a place where body hair, warts, and love-handles are not things to be hidden shamefully, but places to be touched softly and reverently. The reason to develop boundaries in how we express our sexuality is so that sex can be the space of absolute safety and intimacy God created it to be. But you can never come to that realization if you’re focused on making sure the gays don’t get married. Imagine how different it would be if the anti-gay “martyrs” stopped their stupid, self-justifying culture wars, and Christians were known for their genuine interest in helping to heal the marketized bodies of a dehumanizing world.

August 20, 2015
Why moralistic meritocracy is incompatible with Christian teaching
Next Post 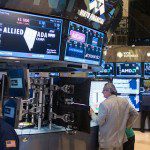 September 7, 2015 Capitalism's war on the Sabbath
Recent Comments
0 | Leave a Comment
Browse Our Archives
get the latest from
Mercy Not Sacrifice
Sign up for our newsletter
POPULAR AT PATHEOS Progressive Christian
1