Capitalism’s war on the Sabbath

One of the most important events in labor history happened in Exodus 20:10 when God commanded the Israelite people to rest every seventh day: “The seventh day is a Sabbath to the Lord your God; you shall not do any work – you, your son or your daughter, your male or female slave, your livestock, or the alien resident in your towns.” The concept of resting every seven days is one of the most important legacies of the Judeo-Christian tradition. And modern capitalism has declared war on this idea of Sabbath.

When I was a kid, it was still taboo in the South to work or do secular activities on Sundays (at least for middle-class people). As a kid, I never made the connection that the people behind the counter at Luby’s Cafeteria where we went every Sunday after church couldn’t go to church themselves because they had to make our food ready for us to eat it after church. We could eat out on Sundays, but the one thing we would not do was go shopping on Sundays, because Sunday was supposed to be a day for God and family (if you’re not working in the service industry). For much of my life, honoring the Sabbath was a sort of moralistic duty to God. It never occurred to me that God created this concept as a means for people to enjoy life.

Reading Abraham Heschel’s The Sabbath in my first semester of seminary was a huge turning point for me. Heschel argues that all of God’s laws should be cherished as gifts, and that God’s command to keep the Sabbath is the greatest gift of all. Growing up evangelical Christian, I had often filtered everything in the Bible through the oversimplified lens of law and grace. Keeping the Sabbath belonged to the law of the old covenant, which Jesus had

supposedly flouted with his Sabbath healing. But Heschel showed me my immaturity. When Jesus said, “The Sabbath was made for humanity, not humanity for the Sabbath,” he was in perfect agreement with what Heschel wrote. God does not make arbitrary rules for the sake of his honor and glory; God’s commands are for the sake of our flourishing, including commands related to spending time with him.

What many privileged Christians refuse to recognize is that our economic system has a direct impact on peoples’ abilities to spend time with God. Whenever we roll our eyes about living wage campaigns or say that the market should decide what people earn, what we’re saying is that we don’t care whether these people have time for daily quiet time devotionals or small group Bible studies or even going to church at all. To be able to do any of those things requires a minimal level of economic stability. Studies are showing that one of the biggest unchurched demographics in our culture right now are working class people. Why? Because when you’re paid minimum wage, you have to work more than one job to pay your rent. And that means you don’t have time to be plugged into a faith community.

Of course, it’s not just among the working class where capitalism is destroying the possibility of Sabbath. Middle-upper class people find plenty of ways to keep ourselves frenetically busy when we don’t have to be because we have bought into the religion of meritocracy and competition over the religion of grace that Jesus came to give us. Grace is the concept of Sabbath applied to every facet of life. It’s not just taking a day off, but refusing to throw ourselves into the rat race with everybody else because we believe that we are accepted and loved unconditionally by God. The enemy of grace is meritocracy, but many middle-upper class American Christians choose meritocracy over grace for the sake of our own self-justification.

When we choose meritocracy over grace, we are choosing the religion of capitalism over the religion of Christianity. I really believe that the clash between capitalism and Christianity will define the 21st century as much as the clash between capitalism and communism defined the 20th century. My hope is that somehow the courage of Christians who believe in God’s grace will be able to withstand the furious race towards greater efficiency, productivity, and profit. I want for my sons to become adults in a world that is less addicted to its own anxiety and more open to the beauty of the Sabbath. 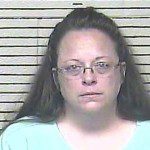 September 4, 2015
The squandered witness of anti-gay "martyrdom" in an age of dehumanizing sex
Next Post

September 9, 2015 #BecauseImAChristian (Not #ImAChristianBut)
Recent Comments
0 | Leave a Comment
Browse Our Archives
get the latest from
Mercy Not Sacrifice
Sign up for our newsletter
POPULAR AT PATHEOS Progressive Christian
1

No time to think about what...
slacktivist
Related posts from Mercy Not Sacrifice