The word “Satan” in Hebrew means “the accuser.” When we stir up drama against other people by making false accusations against them, we are doing the work of Satan. There are zero documented cases of a transgender person using their gender identity as a means of sexually assaulting another person in a bathroom. There are many documented cases of transgender people being bullied, assaulted, and murdered in bathrooms and other places because of their gender identity, which is why the city of Houston attempted to create an ordinance that included transgender people among a dozen other classes of people who can file discrimination complaints with the city. When a coalition of Houston pastors made the entire ordinance about letting male predators into women’s bathrooms, they were bearing false witness and doing the work of Satan. Instead of protecting anyone against violence, the anti-gay pastors’ demonization of transgender people incited violence against them.

White girls have always needed protection from sexual bogeymen. It’s an American tradition as old as slavery and segregation. Before it was transgender people, it was black men. The reason that segregation was morally righteous and imperative for Christians was because it ensured the sexual purity of white women by keeping the uncontrollably horny black men away from them. This is why protecting “white womanhood” was part of the slogan of the KKK. Most of the lynchings that occurred in the segregationist South were in response to alleged sexual crimes involving black men and white women. Emmett Till was famously lynched in 1955 for doing nothing more than saying “Hey baby” to a white girl. The paranoia about protecting white female virginity has always been about demonizing a minority other. If there never had been segregationist culture, white conservative evangelicals today would not be so obsessed with their daughters’ sexual purity.

At this point, there have been at least 21 murders of transgender people in the United States this year that were directly related to their gender identity. This is a crisis. This is a population that actually needs protection from real physical violence, not imaginary bogeymen. This is what the Houston Equal Rights Ordinance was about. Though it certainly wasn’t limited to transgender people and it wasn’t limited to bathrooms, the reason to officially declare that transgender people can use the bathroom associated with their gender identity is to protect them from getting beaten up in the bathroom. It is not to suit their fancy; it is for the sake of their physical survival.

Hundreds of cities around the country have anti-discrimination ordinances exactly like the one Houston tried to have. Dozens of testimonies from their law enforcement officials report no correlation between the anti-discrimination ordinance and a rise in sexual violence in public bathrooms. Meanwhile, a 12 year old girl was raped by a twenty-something year old man this October in a CVS women’s bathroom in Houston. The man didn’t wear a wig or put on a dress. He didn’t need an ordinance to give him “permission” to sneak into the women’s bathroom and commit a crime, because actual rapists do not ask permission from local ordinances to do what they do.

Pastors in Houston preached sermons and organized a massive campaign against transgender people. They invested hundreds of volunteers and hundreds of hours of time advocating in favor of discrimination. Instead of building the kingdom of God. How is that Christian discipleship? How does that exude the spirit of Christ in any sense? How is that evangelistic? Now, more and more people living in Houston have yet another reason not to give Jesus a chance. The equal rights ordinance actually had a religious exemption incorporated into it. Steve Wells, the current pastor of South Main Baptist Church where I grew up in Houston, observed that “though he believed some of the behaviors protected by the ordinance were sinful, the law would not keep him from believing that.” But this didn’t stop other pastors from lusting after that need to feel “persecuted” by persecuting others.

This is why we Christians are the people from whom Jesus needs to save the world the most. All slanderers will have to answer to God. And slanderers who have been entrusted with the spiritual formation of hundreds and thousands of people better go find a millstone and a sea to throw themselves in before God gets a hold of them.

November 1, 2015
Seven points of contention in today's reformation
Next Post 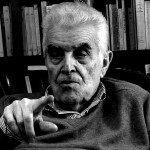 November 7, 2015 Rene Girard, God's wrath, and Jesus' cross
Recent Comments
0 | Leave a Comment
"Perhaps the next pandemic cyclic will allow you to rethink your observations based on some ..."
Bob Shiloh Intuition and the Garden of Eden
"Good read, here is another interesting interpretation of the tree of knowledge and the fig ..."
Julie Why Does The Knowledge of Good ..."
"I believe the context has nothing to do with God condemning sin within or upon ..."
Joseph Kuzara How does God “condemn sin in ..."
"It's not about pro-/anti- homosexuality. It is neither your place nor mine to judge who ..."
Marc Wagner Can “Social Justice” Christianity Be Anti-Gay?
Browse Our Archives
Related posts from Mercy Not Sacrifice