I’m presuming it’s satire. Jennifer Mayers of Baton Rouge, Louisiana, has taken over the internet with her toxic Christianity (what I wrote my book about). The viral hit that set her over the top was a piece defending Texas gun rights activist Christy Sheats for shooting her daughters since “she no doubt discovered that both of her daughters had been promiscuous and were sleeping with black boys and she took it upon herself to put an end to that cycle.” Mayers’ blog basically does the same thing Donald Trump does. She sews together the sublimated link between racism, wealth, patriarchy, and evangelical purity culture. This is why Jesus needs to save the world from us Christians. Here are some of her best excerpts.

As I’ve finally gotten around to watching the documentary “OJ: Made In America” this is especially striking to me, as I feel Nicole Brown Simpson did not follow these rules.  OJ truly loved her.  He adored her. He made her into a glamorous wife of a celebrity when he plucked her from her simple lifestyle as a waitress in Los Angeles, and what did he get in return? A whiny, incomprehensible shrew who could never be satisfied.  She was promiscuous, she cheated on him with his friend.  She refused his advances.  She abandoned him. And ultimately it got her killed.

On defending Brock Turner from the “rape” accusation:

I am DEEPLY disturbed, friends. There is a prominent case of “rape” that has captured the media’s attention and caused me a lot of abuse on Twitter.  I am speaking of the young man named Brock Turner who attended Stanford University.  This young man is a handsome, well-groomed Caucasian who was a star swimmer with a lot of potential.

On protecting her daughters from the homosexual agenda:

I’ve gotten a lot of hate for having my daughter at home in a pool because I did not want to be subjected to homosexuals touching us or looking at our bodies… I get that we live in the age of “Ellen” and The Indigo Girls and what not, but can’t they just congregate somewhere on their own time and have their own separate communities and gatherings.  It brings tears to my eyes anytime I have to drive my daughters around only to see the depravity that their innocent eyes must be absorbing.

On why she isn’t racist:

First and foremost, I am not racist.  I employ a black housekeeper. We allow black people to do our yard work and landscaping. I have donated many canned goods and used clothes to black people at church.  I don’t know how I could be considered racist under any circumstances. Secondly, I received a lot of simply cruel messages today because of a suspicious black person walking in our neighborhood.  I felt compelled to call the police because we do not have blacks that live in our neighborhood. To see one was very alarming.

On the difference between white and black welfare recipients:

White people who receive welfare are the ones who actually need it.  This is a fact. These are the working mothers who are put out of jobs through no fault of their own.  These are the families whose father can no longer work because his job has been sent overseas. Families who have to pay so much money in Obamacare that they cannot afford to feed their children.  THESE are the real stories.

Then on the flip side you have your blacks, who were raised in a vicious lifestyle of living off of and ABUSING the system.  They don’t want to work because why should they?  When you can get free food, free housing, free health insurance, free milk for your out of wedlock babies, etc. That leaves plenty of free time to sleep until 2pm everyday and chain smoke your Newports while the rest of the world is actually contributing to society.

On how she became the chosen messenger of Jesus:

When I was a little girl I always knew I was different.  I never felt like I fit in at school.  My family was rich and I was forced into a public school with poor kids who couldn’t relate to me.   From a young age I knew the other girls and some boys as well were jealous of me.  I had confidence and a strong presence even before I was fully aware of what it was. Looking back now, I realize it was God’s strength pushing me forward and preparing me for this journey.  I didn’t have many friends, so I learned to rely on myself.

Just so it’s clear, this is the toxic Christianity I’ve been talking about. While it’s satire, I don’t think it’s completely out of nowhere. Too much of white evangelical Christianity looks like this, though obviously not to this degree of infamy. Too much of our morality is the product of this toxic combination of patriarchy, privilege, and white supremacy. We need to be rescued from our self-justification, which is the root of our toxicity. 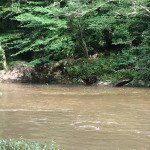 July 1, 2016 Is there a Christianity that isn't toxic?
Recent Comments
0 | Leave a Comment
"Perhaps the next pandemic cyclic will allow you to rethink your observations based on some ..."
Bob Shiloh Intuition and the Garden of Eden
"Good read, here is another interesting interpretation of the tree of knowledge and the fig ..."
Julie Why Does The Knowledge of Good ..."
"I believe the context has nothing to do with God condemning sin within or upon ..."
Joseph Kuzara How does God “condemn sin in ..."
"It's not about pro-/anti- homosexuality. It is neither your place nor mine to judge who ..."
Marc Wagner Can “Social Justice” Christianity Be Anti-Gay?
Browse Our Archives
Related posts from Mercy Not Sacrifice