Five things I would tell my suicidal 21-year old self

Five things I would tell my suicidal 21-year old self September 10, 2016 Morgan Guyton 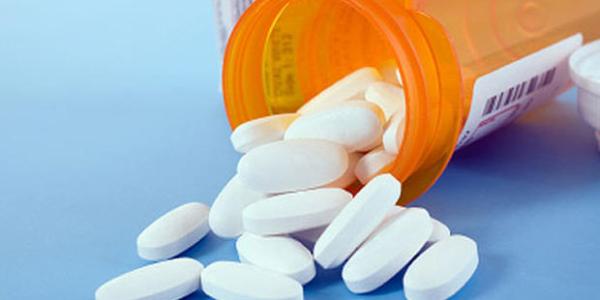 Since it’s International Suicide Prevention Day, I wanted to share some reflections about my suicide attempt during my third year of college on December 11th, 1998. It made no sense. I was a student leader at UVA. I had a very loving family. I was pledging the Alpha Phi Omega service fraternity and meeting tons of new people. But I was desperately lonely. And I was caught in a panic attack over my final paper in my Religion and Drama class.

I hadn’t done any of my reading for that class that my paper was supposed to draw from because all my free time had been absorbed into writing a really dark epic poem called “People of the Mill.” I had complete writers’ block and the panic was growing. So I walked around the block several times. Smoked through a pack of Black and Milds.

And when none of that worked, I opened a bottle of ibuprofen and swallowed several dozen pills, chasing them down with a bottle of Nyquil. Then I lay down and waited to disappear. Because it didn’t happen fast enough, I called 911 and said I had taken a bunch of pills. After spending the weekend in the psych ward, I was able to finish my paper and take all my finals before going home to have the worst Christmas I’ve ever had.

So I thought what might be most helpful today would be to come up with five things to say to my 21 year old suicidal self just in case there are suicidal people out there who would benefit from hearing them or supporters who would gain something from hearing the perspective of a suicide survivor.

One disclaimer I should throw out is I have no idea whether this “advice” will work for anybody else. People who are depressed don’t need advice; they need unconditional love and consistent, faithful presence. I’m a survivor but I’m not an expert, so I completely understand if any or all of these are completely unhelpful to you right now.

1. You have more friends than you think you do.

When you’re depressed, it’s easy to feel like you don’t have any friends. That’s certainly the way I felt in December of 1998. But looking back, it seems ridiculous that I felt that way. I had spent the previous summer on an epic backpacking adventure in Mexico with my friend Kevin who was my housemate that year. I was pledging a service fraternity where I was meeting a ton of new people. I was a leader in the activist community.

I just didn’t feel close to anybody. Nobody had any idea what was going on with me, or they would have intervened. This is why it’s super-important to be proactive about checking in with your friends if they go MIA for a few days in case they might be stuck in a deep darkness you know nothing about.

2. Life is not an escalator.

The insane thought process that triggered my panic attack was thinking that if I couldn’t pull my essay together in a timely way, I wouldn’t have time to study for my other exams, and the more time I lost, the more demoralized I would grow, so that I would fail everything and drop out of college.

My basic assumption was that life was an escalator. You’re supposed to go up, amassing achievements and never experiencing any setbacks. To fall off the escalator was unthinkably catastrophic. I’ve learned since then that there’s no such thing as a flawless ascent to success.

The contemplative writer Richard Rohr claims that salvation happens when we give up trying to be successful whether through maturity or catastrophe. I agree with him though I know I’m still not quite saved.

Acute depression makes you pull away from other people. It’s when you face your darkness alone that ending your life becomes a viable option. You’re not being selfish or pathetic to cry out for help. We now live in a world where you can do that simply by dashing out a few sentences on your laptop. You don’t have to say anything aloud to another human being.

There is no shame in sharing what you’re really feeling. This is one of the times when oversharing on social media is completely appropriate. If you’re feeling a compulsion to do something, channel that compulsion into a social media rant. If that’s not your style, send a text message to somebody you trust who can handle the weight, i.e. preferably a parent or older mentor rather than a college peer.

My shrink tells me that I need 110 minutes of aerobic exercise a week for my anxiety. I fall way short of that unfortunately. Sometimes the weight in your mind is too heavy to do any form of exercise beyond walking. But if that’s the case, then go walking. If you can run, then do it. Don’t tell yourself that exercise is a waste of time.

Nothing is a waste of time when your mind has stopped functioning. Anything is better than sitting around thinking about how badly you suck because you can’t do anything. Even if you really don’t feel like exercising or being around people, go places. Take yourself out to dinner or a movie.

5. Find someone you can help.

Depression is a vicious loop of self-absorption. I don’t mean to sound judgy when I say self-absorption. It’s not a moralistic question. When you’re suicidal, you become the only person in the universe. And every moment your mind spends unoccupied is complete torture. One of the worst thoughts in severe depression is that you’re not useful to anybody.

So one way to take your mind off yourself and to stop feeling useless is to help somebody else in some kind of way. When I was severely depressed, I did Meals on Wheels, which is a meal delivery service for elderly shut-ins. I felt completely socially inadequate and had nothing interesting to say to anybody, but the 85 year old ladies chatted my ear off. I didn’t even have to say anything. Just listen. A lot of volunteer activities are introvert-friendly. Doing some kind of mindless work with your hands gives you structure. You may still be terrorized by your thoughts, but you will be in a space where you’re safe. 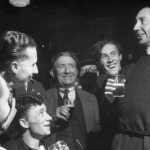 September 9, 2016
How about instead of buying your pastor a beer you stop driving us to drink?
Next Post 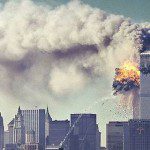 September 11, 2016 A poem I wrote on September 12th, 2001
Recent Comments
0 | Leave a Comment
Browse Our Archives
get the latest from
Mercy Not Sacrifice
Sign up for our newsletter
POPULAR AT PATHEOS Progressive Christian
1