Hats off to the Hatmakers for taking up their cross

Hats off to the Hatmakers for taking up their cross November 2, 2016 Morgan Guyton

Jen Hatmaker is a tremendously popular author among evangelical Christian women. She and her husband Brandon lead a church together in Austin. In a recent interview, Jen said that she thought same-sex marriage could be holy. And predictably she was skewered with the white-hot wrath of toxic Christians like Matt Walsh. After all the attacks on Jen, Brandon wrote a longer rationale on Facebook for their shift in views. Their humble, faithful witness amidst a barrage of attacks seems like a clear illustration of what Jesus means when he says to take up your cross. So I thought I would share an excerpt of what Brandon wrote with some of my reflections.

We’ve seen so much pain among the LGBTQ community: Suicidal teenagers. Divided families. Split churches. So. Much. Pain.

That said, Jen and I have attempted in the past several years simply to lead the church to a better posture towards the LGBTQ community. Although we held a traditional view at the time, we have always felt convicted to lead with a concern for those on the outside who might feel hopeless, more than we have with a concern for our inside critics.

Because of this, we have been consistently criticized, challenged, pressed, bullied, and pushed to make a clear stance on where we land on the topic. As the criticism grew louder, more demanding, and more confusing to those we partner with, serve with, represent, and love, we felt obligated to take a new and hard look inward to be able to explain our position with love.

In doing so, we realized that while we had heard sermons listing homosexuality as a clear sin, and we had read all the verses referenced, that we had personally neglected to do the hard work of faithfully studying the scriptures as we typically would.

The biggest complaint I have about the homosexuality debate is that because it’s a litmus test issue for evangelical identity, there simply is not the same level of honest wrestling with the anti-gay clobber passages that we bring to every other scripture. With every other scripture, we acknowledge that some scholars think it means X while others think it means Y. And we recognize that there’s often a gap between the strictly exegetical meaning and the uniquely contextual meaning that the Spirit brings into each of our personal journeys. The exegetical background helps us find our way to what the Spirit is saying, but the Spirit speaks uniquely into our lives. Only with the clobber passages is there only one possible interpretation that you must cling to with white knuckles because otherwise your fellow evangelicals will question your “orthodoxy” and vote you off the island.

Every verse in the Bible that is used to condemn a “homosexual” act is written in the context of rape, prostitution, idolatry, pederasty, military dominance, an affair, or adultery. It was always a destructive act. It was always a sin committed against a person. And each type of sexual interaction listed was an abuse of God’s gift of sex and completely against His dream for marriage to be a lifelong commitment of two individuals increasingly and completely giving themselves to one another as Christ did for the church.

I don’t care how many thousands of pages Robert Gagnon writes against homosexuality and whether he thinks he can prove that there were monogamous same-sex relationships in ancient Roman culture. That doesn’t change the plain meaning of the text in Romans 1, where people who exchange natural sex for “unnatural” (whatever that means) are as a result filled with envy, wrath, and dozens of other toxic fruits of sin.  In Romans 1, the sin is clearly measured by its fruit. That’s the plain logical flow of the passage. If a same-sex marriage does not result in envy, wrath, and the other toxic fruits of Romans 1, then it’s not what Paul was talking about. What Paul makes clear throughout the arc of his teaching is that sin is bad because it creates toxic fruit, not because it violates taboo.

I honestly don’t think 1 Corinthians 6:9 or 1 Timothy 1:10 count as clobber passages because the correct translation of arsenokotai and malakoi simply cannot be established, no matter how conclusively Gagnon claims to have done so. If you think those words actually mean gay people, that means you’re putting gay people in the same category as slave traders, murderers, perjurers, and thieves. Not just in the sense that “we’re all sinners.” Paul has compiled lists of uniquely socially destructive sins. It makes sense to include temple prostitutes and their clientele among that list, which is a perfectly plausible meaning for those two words. Ruling out the possibility of that meaning belies an ideological agenda that makes objective interpretation impossible.

We did some heavy lifting. But we didn’t do it and I didn’t write this to try and change YOUR mind. That is the work of the Holy Spirit.

But I did write this to challenge each of you who have neglected the hard work of study, reading, discussion, and prayer to invite the Spirit to lead you. Don’t study to be right, study to find the truth. You have nothing to fear, trust that God will lead you. But wherever you land, don’t be ignorant and uninformed about it.

Being informed invites the Spirit to lead, reduces our defensiveness, and gives us the confidence to love better.

If you’ve decided you know what God’s going to say before he opens his mouth, then you cannot listen to the Holy Spirit. The Holy Spirit does not move and teach according to our ideological binaries. She simply draws us into deeper love and understanding. She demolishes our caricatures. She makes our encounter with scripture thoroughly personal. I cannot hide behind “objectivity” when the Holy Spirit is involved, because every verse calls me out and shows me how to be a more faithful disciple.

What the gay marriage debate has exposed more than anything else about the church is the way that ideology has functioned as a substitute for discipleship in toxic Christianity. Whether you agree with the Hatmakers about queer people, I hope you will accept their invitation to stop being defensive and love better. 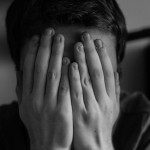 November 3, 2016 If Donald Trump wins, I will blame toxic Christianity and here's why
Recent Comments
0 | Leave a Comment
Browse Our Archives
get the latest from
Mercy Not Sacrifice
Sign up for our newsletter
POPULAR AT PATHEOS Progressive Christian
1