Patheos Explore the world's faith through different perspectives on religion and spirituality! Patheos has the views of the prevalent religions and spiritualities of the world.
First Things senior editor and Emory English professor Mark Bauerlein is intimidated by his college students. He says that on his campus, “Nobody wants to provoke others, so everyone carries an invisible trigger-meter” because “hypersensitivity is out of control.” And he wants Donald Trump’s administration to do something about it: “Recognizing that sensitivity is charted on racial and sexual differences, the new administration should attack school policies that aggravate them.” Wow. While I’ve never been a fan of First Things‘ condescending curmudgery, most of what they produce is at least intellectually serious. Bauerlein’s CNN piece is a textbook example of white male fragility and should be an embarrassment to thoughtful conservatism.

Bauerlein, who endorsed Trump for president, describes how he wishes that his academic quad were more like a Trump rally:

Our national poet Walt Whitman sensed the genius of the nation in the banter and repartee of the working class — “the blab of the pave,” he called it — and it included rough slang and raucous jokes. He would find the language of higher education today repressed and bureaucratic. The personal bearing of Donald Trump is a direct challenge to this timidity. He must realize that people flocked to his rallies because there, for an exhilarating hour, they escaped from the pressures of political correctness and white guilt, male guilt, American guilt, and Christian guilt. The contrast between those rollicking crowds and the dour atmosphere on the quad was stark.

This paragraph is such a beautiful specimen of projection and romanticism. The “geniuses of the nation” are the ones wearing t-shirts that say “Trump that Bitch!” and “Grab Them By the Pussy!” How do they “exhilarate” and “rollick” as a crowd? By beating the shit out of people who are quietly holding signs or literally doing nothing more than belonging to the wrong race. Indeed it’s quite a stark contrast with the “dour atmosphere on the quad.” Bauerlein argues in his essay that hypersensitivity sabotages critical thinking. That’s true. He shows us a demonstration of his thesis in action. A hypersensitive white male professor with repressed guilt and resentment projects his wistful longings onto a romanticized idyllic vision of a fascist political rally and imagines how liberating it would be compared to his dreary, bureaucratic academia.

I too work with college students as a campus minister. What I see in the academic environment at Tulane and Loyola is not hypersensitivity, but an environment in which marginalized students are pushing back against all the cultural subtleties by which their voices have been marginalized in the past. They aren’t quietly and politely letting things go. They really aren’t very emotional about it; their words feel “angry” to hypersensitive privileged white people because they speak bluntly without the self-deprecation and passive-aggressive innuendo of polite southern white discourse. Do they overreach? Sometimes they do. Are they overfocused on discourse? At times. I would prefer to see a bit more emphasis on supporting the rights of low-income workers on campus and a bit less focus on fighting racist trolls on yikyak, the god-awful anonymous social media chatting app.

But the critical thinking Bauerlein claims to champion necessarily involves a lot of pushback and discomfort. It involves questioning the official narratives. White men were the unchallenged self-perceived protagonists of the human story for centuries. It’s going to take generations for us white guys to flush our presumptuousness and hypersensitivity out of our collective consciousness. Until then, we’re going to feel intimidated and resentful when black lesbians speak their minds in our English classes and interpret everything through the lens of our torturous guilt and insecurity.

I don’t think white male guilt does anybody any good. It just feeds Trumpism, as Bauerlein demonstrates. When I was a high school teacher, I got called a racist every time I had to send a black kid to the office. At first, it really got to my head and made me resentful. But after some time, I learned to discern between legitimate classroom management and the racial biases that I still needed to fight in my subconscious. If I’m not doing something racist and I get called out unfairly, I presume that a prior experience with a white man is being projected onto me and I don’t take it personally.

If Professor Bauerlein really believes in the free exchange of ideas, then he needs to work through his own white male guilt and not blame his students for triggering it. He needs to understand that college students aren’t simply going to defer to his white male authority as past generations may have. They will push back. Sometimes they’ll be right and other times they’ll overreach. If he want them to respect him, he will wrestle with what they’re actually saying rather than simply labeling it “hypersensitivity” and “emotionalism.”  The ultimate cowardice is to call upon our hypersensitive narcissist president-elect to attack your 20 year old black lesbian “bullies” for you.

I am hopeful in a strange, sick way for Donald Trump’s presidency. He’s the most openly fragile white man ever to be our president. When I was a high school teacher, Dubya was president. I remember being resentful because it seemed clear to me that Dubya’s buffoonery was having an impact on how my black students disrespected me as a white male authority figure. But Dubya was such a genuinely good-natured guy compared to Trump. Dubya didn’t tweet scorn at his successor on a reality TV show for having lower ratings than he did. Dubya didn’t brag about grabbing women by the pussy. Dubya didn’t ridicule his own intelligence agencies publicly before assuming office.

The way that white men keep their power is by behaving like gentlemen while doing deplorable things behind the scenes like giving money to terrorists in Nicaragua. Trump is too childish to be a gentleman like Ronald Reagan was. He’s petty in a blatantly obvious elementary school bully kind of way. He lays bare everything that is disgusting about white male fragility. He’s going to be ridiculed intensely every day for the next four years. And all the fragile white men like Mark Bauerlein will lose even more of their sense of control and authority.

Maybe Trump’s administration will come down hard on college campuses like Professor Bauerlein is requesting. Maybe he’ll ban federal funding at any schools that teach critical race theory, gender studies, and the list of forbidden topics that fall under Bauerlein’s umbrella of “hypersensitivity.” The problem is that this will backfire severely. The Sixties are nothing compared to what’s coming. Just as Bill Clinton was the lightning rod catalyst upon which the religious right built their movement, the fury that Donald Trump will stoke in our country is going to make Professor Bauerlein nostalgic for the days of microaggression. So in that sense, Donald Trump is the perfect savior for hypersensitive white male college professors.

If you want the church to have a future, you need to support campus ministry. Conservative evangelicals understand this, which is why their campus ministries have all the money they need and they statistically retain their young adults throughout college and their transition into adulthood. Our ministry NOLA Wesley has four core values. We welcome everyone to an open table where Jesus is the host and the last are first. We create a variety of safe spaces for people on a variety of journeys to move toward Christ. We expect our discipleship to challenge us and result in changed lives. We know that God is reshaping us as vessels of his love for the sake of a transformed world. If these are values that resonate with you, please consider becoming a monthly patron of NOLA Wesley or a one-time donor. 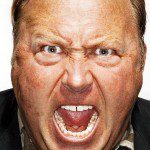 January 4, 2017
How did defenders of absolute truth become post-truth ideologues?
Next Post 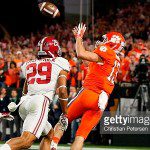 January 10, 2017 I would have settled for a field goal
Recent Comments
0 | Leave a Comment
"Fantastic blog and devotional. Thanks for sharing."
mike looker Paraklesis: a beautiful word (2 Corinthians ..."
"In any event it is God who wins people, not you. You are not the ..."
Iain Lovejoy My Best Teachers Are People I ..."
"agreed."
Brandon Roberts Celebrity-Driven Church Is Not Safe For ..."
"OK Morgan. Wow. "Grand inquisiting?" "Owe it?" It's your blog post to resource academically. You ..."
Randy Starkey “All People Are Holy”: The Theology ..."
Browse Our Archives
get the latest from
Mercy Not Sacrifice
Sign up for our newsletter
POPULAR AT PATHEOS Progressive Christian
1