I would have settled for a field goal

I would have settled for a field goal January 10, 2017 Morgan Guyton

Before I was ever a writer, I played football. I love the game. It’s one of the few masculine things about me. My grandpa was good friends with Grant Teaff, who coached Baylor’s football team in the eighties, so every year at Baylor’s homecoming game, I got to stand on the sidelines with my grandpa. I’ve seen a lot of football games, but I’ve never seen anybody do anything quite as bold as what Clemson did last night. I would have settled for a field goal. It seemed like a metaphor for something spiritual so I figured I’d write about it while I’m still feeling the adrenaline.

I played outside linebacker in high school. I was way too small for the position. One consequence of that was that I tore my ACL trying to tackle a fullback in our two-a-day football practices August of my junior year. But it wasn’t just that I was too small. The reason my knee snapped backwards was because I was standing on my heels. Instead of driving through and throwing my body into the tackle, I hesitated.

That was what I wrote my college admission essay about. Hesitation. The combination of laziness and fear. In the essay, I claimed to have overcome my laziness and fear through the grueling rehabilitation process I went through at the Duke Sports Med clinic. I actually got to ride the exercise bike next to Coach K one afternoon. But it didn’t cure me of my hesitation. Decades later, I’m still paralyzed by anxiety. I still make too many decisions out of fear rather than courage. I still settle for field goals.

Yesterday we were recording a Crackers and Grape Juice podcast about a perennial topic in Christian media: the way that “liberal” churches decline while “conservative” churches grow. I see several overlapping reasons why this is happening; it’s a much more complex phenomenon than “good” theology vs. “bad” theology. After all, Jesus drove away most of the crowd that was following him in John 6 with his weird theology. But as we were discussing, I realized that a big part of my own malaise as a progressive is an allergy to bold leadership. I don’t like making the decision. When I’m part of a community, I want us to figure out the way forward together. Part of my anti-authoritarianism is coming from a legitimate place. But part of it is cowardice. I want somebody else to be in charge so it’s not my fault if we fail.

I had a fundamentalist worship leader once. We clashed on just about everything. But something he told me to do was to live in such a way that if God didn’t exist, I would be completely screwed. A football team is a great metaphor for what that kind of faith looks like. It’s true that to some degree, a football game is determined by size and skill. But more than anything, it depends on all eleven players being absolutely convinced that they’re going to win and absolutely determined that they’re not going to be the reason that their team loses. If one player doesn’t believe, the faith of the team unravels. But if everyone around me exudes confidence and determination, I will be locked into the same confidence and determination. The truth of a football game’s outcome is determined by faith.

My tendency is to cower towards security and safety. If I know I can tie the game with a field goal, I’m not going to try to throw the ball into the end zone with nine seconds left. That’s crazy. What if there’s an interception? What if the quarterback gets sacked? There’s an old Disney movie called the Fighting Prince of Donegal I used to watch a lot when I was a kid. The protagonist Hugh O’Donnell says, “The greatest glory goes to him who takes the greatest risk.” There’s something to that. Sometimes risks are just stupid. But sometimes they are acts of faith that make the impossible happen, like getting a touchdown with nine seconds left in the game on the best defense in the nation.

If you enjoy reading my blog, please consider supporting my campus ministry NOLA Wesley. We are an inclusive Christian community that empowers our students to dream and challenges them to embrace life-changing, world-transforming discipleship. The more support that I’m able to raise from my blog supporters, the more time I can devote to writing instead of fundraising. You can help us achieve financial stability by becoming a monthly patron or offer a one-time donation. 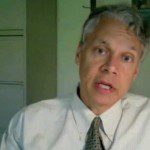 January 11, 2017 What if Franklin Graham was right about God's role in Trump's election?
Recent Comments
0 | Leave a Comment
Browse Our Archives
get the latest from
Mercy Not Sacrifice
Sign up for our newsletter
POPULAR AT PATHEOS Progressive Christian
1