Why would anti-racist training be threatening to a white seminary professor?

Why would anti-racist training be threatening to a white seminary professor? May 11, 2017 Morgan Guyton

“Of course, so-called anti-racism is anti-intellectual. It is also totalitarian and genocidally racist.” That’s definitely the wackiest comment I received in response to my open letter to Paul Griffiths about his meltdown over being invited to an anti-racism seminar. One characteristic of the post-truth era is the belief that outrageous assertions can reshape reality. I don’t think this commenter really believes that anti-racism causes people to commit genocide. But if he and and thousands of other trolls express themselves hyperbolically over and over again like this, then perhaps anti-racism will lose its credibility and his narrative will become credible. Someone smart once said that the Nazis didn’t simply lie; they constructed an imaginary world the way it would have to be to justify what they wanted to do.

One of the most furious narratives of free speech warriors like Milo Yiannapoulos and Ann Coulter is that their politically correct adversaries at American universities are totalitarian fascists. Sometimes this narrative gets expressed in obviously unhinged terms like my comment troll. Other times, it takes a more distinguished form like this British snobbery from Griffiths’ email about the anti-racist training whose intellectual flaccidity he thought he could predict with confidence:

I exhort you not to attend this training. Don’t lay waste your time by doing so. It’ll be, I predict with confidence, intellectually flaccid: there’ll be bromides, clichés, and amen-corner rah-rahs in plenty. When (if) it gets beyond that, its illiberal roots and totalitarian tendencies will show. Events of this sort are definitively anti-intellectual. (Re)trainings of intellectuals by bureaucrats and apparatchiks have a long and ignoble history; I hope you’ll keep that history in mind as you think about this instance.

What is it that would make Griffiths call an anti-racist training “definitively anti-intellectual” if we aren’t just going to take the easy route of labeling him a racist and dismissing his words? Is it because a viewpoint is being advanced in a format that doesn’t allow for critical discussion? How is that any different than your everyday college lecture?

We had some lectures when I was at Duke Divinity School that were heckled by a few fundamentalist students who needed to correct the professor on a point or two. This was always handled with grace and dignity. But the prevailing assumption while attending a lecture was that the knowledge of the lecturer was our doctrine for those fifty minutes and our only task was to record it as thoroughly as possible. We could certainly respond critically, but on our own time and without equal authority in front of a captive audience. A lecture is not a discussion. Questions are okay; extended back-and-forth disputes are not. And nobody would say this is totalitarian.

We need college lectures. There is a whole lot of learning that could not happen any other way. Most people cannot learn organic chemistry from reading an organic chemistry textbook; they need someone who’s good at explaining it to demonstrate its principles to them (even though too many brilliant chemists are horrible teachers). It would be prohibitively expensive for each student to have a personal professor to teach organic chemistry, so colleges use lectures where one professor can teach hundreds of people at once. In science, lectures are indispensable. And their format is usually uncontroversial because the material they cover is usually impersonal. It is simply information to be transmitted and built upon by the student. It does not involve a spiritual confrontation that calls the student out.

In contrast, an anti-racist training is innately personal and accusatory for white people, which makes it extremely uncomfortable to sit and receive without arguing every single point. That doesn’t mean there’s anything definitively anti-intellectual about the material of anti-racist discourse. On the contrary, it requires an astute grasp of history, literature, psychology, sociology, anthropology, and other disciplines. If there are bromides, cliches, and rah-rahs in anti-racist discourse, they are usually the anxious performances of oozing white guilt, which makes it overwhelmingly taboo to respond any other way.

White guilt is not the fault of anti-racist scholars. But it is the phenomenon which makes identity politics legitimately insufferable. White conservatives seem to have a lot of trouble separating the guilt-ridden performances of white liberalism from the self-advocacy of people of color. I don’t know how Griffiths has treated his colleagues of color (I’m kind of scared to find out), but within this particular email, I see the object of his wrath being the presumed performative white guilt he would encounter at an anti-racist training rather than members of other races.

What makes anti-racist training itself a real threat to an old school Catholic scholar like Paul Griffiths is its relationship to authority. By its nature, it is a usurping of uncredentialed authority by outsiders whose scholarly tradition is still being formed and a calling into question of the credentials of Western academia’s established authorities. Anti-racism does not stand upon millennia of apostolic tradition of biblical authority. It declares the authority of personal testimony, particularly from those who have suffered. Though anti-racism may use objective empirical data to support its claims, it questions the validity of objectivity as a standard since it has so often been exploited by white men as a means of declaring their superiority.

To understand anti-racism’s threat to traditional authority, we need to understand the nature of its enemy and object of study. Modern Western racism is completely different than the other inter-ethnic disputes of history. Modern Western racism is not a battle between specific cultures like French vs. Germans or even Italians vs. Ethiopians. It is a battle between a “race” of people whose self-perceived superiority is their claim to have transcended cultural particularity through the European Enlightenment (whites) and the people who cannot be assimilated into this superior culturally transcendent race for a variety of reasons including culture, geographic origin, physiognomy, and skin color ((blacks and everybody else).*

White supremacy, the claim that the progeny of Western Civilization are uniquely qualified to lead the world, is legitimized by two authorities: the Bible and science. These two authorities have been used continuously by white people for centuries to justify the pillage, genocide, conquest, and slavery of other nations that needed to be Christianized and modernized. Consequently, the deeper we go into anti-racism, the more we are going to find ourselves questioning the a priori authority claims of the Bible and science which have done so much historical damage (in addition to a lot of historical good). In other words, we will grow more wary of the very authorities that credential a man like Paul Griffiths to stand in front of a room and give a lecture about Christian theology.

So it makes sense that Griffiths would feel threatened by anti-racism and call it “anti-intellectual” since it’s anti-authoritarian and an attack on his authority as a white man specifically. This doesn’t mean that Griffiths is being racist in a personalized, volitional sense of the word. But his volatile denunciation of anti-racist training could be called racism with regard to its impact on the Duke community. Or we could call it one more exorcism of the ferocious demons of white male authority which are filling the air in the age of Trump.

One thing I will say is that I have yet to figure out how to be an anti-racist Christian. It involves living in a tension. As much as I believe in humbly listening to the scholarship and testimony of anti-racist discourse, I also need to have the backbone to regard it critically and not be the insufferably sycophantic super-ally fanboy that I often am. I am guilty of the bromides and cliches and rah-rahs. I am guilty of lacking critical thinking that I wouldn’t have lacked in other disciplines of study. I have basked in self-approval over the number of intimate friendships I have developed with people of color and the way that I “just get it.” So in that sense, Griffiths’ outburst legitimately calls me out as a performative white ally. I am the amen that’s louder than the speaker I’m amening.

Does anti-racist training have a place in academic institutions? Absolutely. Because the engrained assumptions of centuries of white supremacy still result in brutal violence against people of color. White supremacy doesn’t usually involve white hoods and burning crosses. It’s usually no more than taking pride in the way that the US constitution protects our country from being corrupt like all the governments in Africa and Latin America (do you see the problem in that sentence?). But the biblical and scientific authority by which white men have asserted their exceptionalism over the other peoples of the world is part of what creates a culture where a black man is in risk of getting killed every time he gets pulled over by a police officer.

Last night, the city of New Orleans finally removed a public monument to honor the leader of a treasonous rebellion that was fought to protect the right to own other human beings. The white nationalists had stood for days around the monument holding Confederate flags and US flags which have become basically indistinguishable symbols to them. The transfer of these monuments from a place of public honor to a museum where their history can be contemplated is a good metaphor for the work that anti-racism is seeking to do. It’s not about rewriting history, but reorienting our stance for examining it. Christian theology likewise needs to have its monuments reexamined and brought into proper perspective by the critique of those whose authority doesn’t depend upon the infallibility of the past.

May 9, 2017
An open letter to Dr. Griffiths regarding the Duke Divinity crisis
Next Post 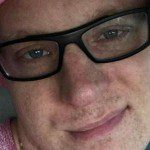