I’ve been traveling for the past week so I’ve only had internet access on my phone. I recently got back into twitter again after being dormant for a while. One difference this time is posting in feed chains rather than just stand-alone tweets. I’ve made five different theology feeds over the past several days which I’m sharing below. So click on a thread (or several) and tell me what you think.

1. The gospel as I understand it

This is my attempt to summarize the gospel that I believe without defining it in polemical reaction against anything else.

I want to try something different: a thread where I share the Christian gospel as I understand it.

A friend retweeted something from ex-gay activist Jackie Hill Perry and I looked on her timeline and all I saw was zeal about sin; there was nothing about Jesus. In evangelicalism, there’s a major temptation to build your spiritual life around hypervigilant moralism rather than the pursuit of union with Christ.

Let's talk about the gospel of hypervigilant moralism because it's a major source of evangelicalism's investment in opposing gay people. https://t.co/iMrNlS0eTp

White evangelicals have an impoverished view of justice as law and order, and it starts with their understanding of why Jesus’ cross is necessary.

God’s glory and holiness are amorphous terms that, at their best, are synonymous with beauty, and at their worst, resemble totalitarian power.

Glory and holiness are both words with very nebulous definitions. Beauty can be a synonym for both of them. Totalitarian power can also.

5. The Good Samaritan story as the Christian model for morality

In Jesus’ famous Good Samaritan parable, we see that the morality he promotes looks more like cultivated empathy than compliance with authority.

The Good Samaritan is the story we are given for what it looks like to Jesus to "fulfill God's law" and "inherit eternal life."

July 4, 2017
The Selective Inerrancy of Romans 13 for American Patriots
Next Post 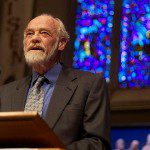 July 13, 2017 The 7 Best #GospelBro Retorts to #EugenePeterson
Recent Comments
0 | Leave a Comment
"Fantastic blog and devotional. Thanks for sharing."
mike looker Paraklesis: a beautiful word (2 Corinthians ..."
"In any event it is God who wins people, not you. You are not the ..."
Iain Lovejoy My Best Teachers Are People I ..."
"agreed."
Brandon Roberts Celebrity-Driven Church Is Not Safe For ..."
"OK Morgan. Wow. "Grand inquisiting?" "Owe it?" It's your blog post to resource academically. You ..."
Randy Starkey “All People Are Holy”: The Theology ..."
Browse Our Archives
get the latest from
Mercy Not Sacrifice
Sign up for our newsletter
POPULAR AT PATHEOS Progressive Christian
1