What Does Winning Look Like for Christians? July 31, 2017 Morgan Guyton

Before Donald Trump became president, he promised that if he were elected, Americans would “win so much [they] would get tired of winning.” After the failure of US Senate to repeal and replace the Affordable Care Act, Trump chastised his fellow Republicans for failing to win, a win being defined as the passage of any bill that the Democrats opposed and the Republicans could get 50 votes for, even if none of the Republicans really wanted it either.

In a hyper-partisan political landscape, winning and losing are a zero sum game, which means that when my enemy loses, I win. In fact, the Internet has become so partisanized that the schadenfreude of watching the other side get trounced is way more pleasurable than seeing anything constructive happen. Too many Christians, including myself, have brought hyper-partisan instincts into conversations about social issues in the church. In this toxic framework, one side wins every time another conservative evangelical megachurch pastor gets caught in a scandal and the other side wins every time another liberal church has to close. But if we were really operating according to a Christian worldview, what would winning look like?

The greatest victory I achieve as a Christian is when Jesus saves me from being an asshole. That means I win every time my eyes are opened to a character flaw I’m able to surrender to God. Christianity is a journey of repentance. It might seem bizarre to say this, but there is nothing sweeter than each moment I discover I’m wrong and let go of the self-justifying lies that I had been telling myself. Victory over sin means saying “I’m sorry” over and over again not because I’m a neurotic, self-deprecating person, but because God wants to liberate me from more and more subtle forms of toxic self-worship until nothing remains but genuine love.

Mercy is the victory Jesus achieves on the cross. As James 2:13 puts it, “Mercy triumphs over judgment.” When you accept God’s mercy by putting your sin on Jesus’ cross, you become God’s mercy in the lives of other people. People who are unmerciful are not really Christian. Mercy doesn’t mean that I let other people walk all over me. It doesn’t mean that I ignore injustice. It does mean that I presume others’ best intentions and focus on peacemaking and reducing harm rather than demonization and ridicule.

When Christianity actually works, it creates people who don’t need to justify themselves. When you’re liberated from self-justification, you can focus on seeking solutions which means trying to understand where your opponents are coming from. This is not the same thing as being a self-justifying moderate who tries to put himself above every side of the debate by making the nihilistic conclusion that everyone’s perspective is equally valid. Empathy is not about assigning relative measures of validity. It’s about listening hard and trying to understand another person with the goal of discerning truth and justice.

One of the most important verses in Paul’s discourse on love is 1 Corinthians 13:6, which says, “Love does not delight in evil but rejoices with the truth.” This is a critically important distinction. Schadenfreude delights in the demise caused by public scandal; love just wants everything and everyone to come clean so that there’s no more deceit. Love cannot be love without truth just as truth cannot be truthful without love. The church’s sexuality debate is not a debate between truth and love, but a debate between two different ways of being faithful to truth. Traditionalists don’t want to see biblical truth stomped out by political correctness. Progressives don’t want to see the truth of complicated bodies caricatured by misguided binary gender norms. If each side were truly liberated from self-justification and solely invested in truth, then a much less hideous conversation would become possible.

Shalom is the Hebrew word for peace that means so much more than peace. It is better translated as completeness, or a state of being in which everything fits perfectly. Among humanity, it is a community where everyone belongs and everyone contributes. It is not a world ordered according to the utilitarian logic of capitalism where a system that basically works for a majority of middle-class people is good enough. Shalom is the goal of the shepherd who is dissatisfied with creating adequate space for 99 sheep out of 100 so he sets off to find the 100th sheep. Shalom prioritizes the belonging of those who least belong, whether they are transgender people of color or Appalachian coal mining families. The goal is a world in which nobody is erased by the egotism of somebody else. This is what repentance, mercy, empathy, and truth-seeking are all a part of: God reconciling the world to himself in Christ (2 Corinthians 5:19).

More than 60% of our private campus ministry support comes from blog readers like you who recognize that this content is only made possible through the ministry context in which I work. If you have received anything from my writing, please consider partnering with my wife Cheryl and me in reaching the campuses of Tulane and Loyola with an inclusive, justice-seeking gospel. 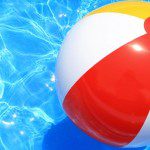 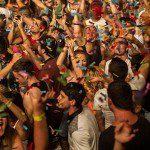 August 2, 2017 How do I preach the gospel at the #1 party school in the country?
Recent Comments
0 | Leave a Comment
Browse Our Archives
get the latest from
Mercy Not Sacrifice
Sign up for our newsletter
POPULAR AT PATHEOS Progressive Christian
1

4 Reasons We Should Focus on...
Honest to God
Related posts from Mercy Not Sacrifice